The one with Craig David...

Never ones to settle for the ordinary, the happy couple were determined to make this wedding unique; as massive Craig David fans, they hatched a plan - wouldn't it be amazing if they could get him to the wedding...?

Countless tweets and facebook statuses ensued until the culmination of the operation was reached on Thursday night - Theo and Lisa did a take on Craig David's "Seven Days" with a twist and released it onto the international stage that is Youtube... everyone waited with bated breath... would Craig respond???


Within a few hours, Craig had tweeted back... to be honest, I think everyone was just really excited that he'd seen the video, and had actually responded personally to Theo and Lisa... OK, he wasn't going to come to the wedding, but still! 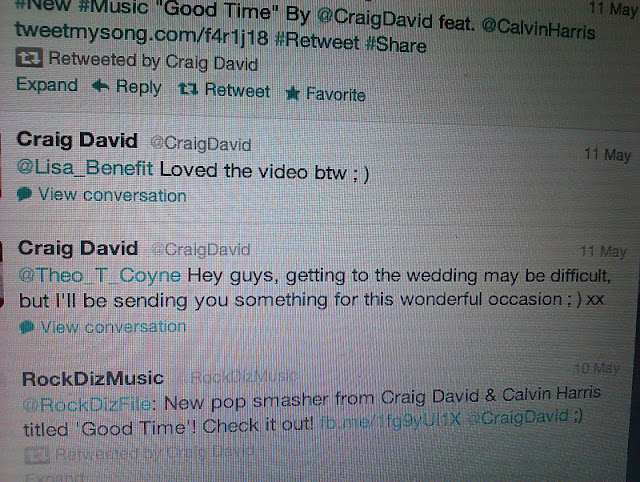 We all thought that was probably the end of it... the big push to get him there had at least resulted in a personal message to them and the promise of a little something for the wedding.

In the early hours of the morning, another tweet arrived... 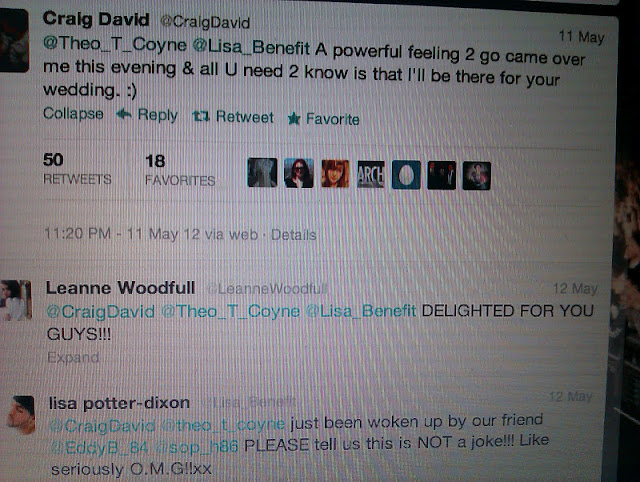 About a billion and one tweets, facebook messages and text messages followed, as everyone tried to get their heads around what had just happened! We were all in utter shock but SO SO pleased for these guys (who really deserve it!) We are VERY excited to be celebrating (and Dave will be co-best-manning) a wedding with Craig David this summer...

BIG congrats Theo and Lisa... mission accomplished! Now all you need to do is make this wedding one to remember (which I have no doubt these two will pull off with NO problem!!)

Amazing news, we love you guys, and are looking forward to an unforgettable wedding!