And The Bug Hotel Begins!

Well, the sun was shining yesterday, and I finally decided it was time to put Project Garden into action (if you want to see my ridiculously over ambitious plan for our garden, you can see that here - it really is a shining example of my optimism, naivety and 'nothing is impossible' mentality.)

Heidi was asleep in her Moses Basket upstairs (she is full of the cold and really struggling with it at the moment, bless her. She slept upright on me on Sunday night as it was the only position I could find where she wasn't choking on all the gunk built up inside her!) and Ava and I were clearing up our breakfast things when I took a look outside and saw the sun shining... The prospect of outdoor fun was irresistible, and so we donned our wellies and coats and headed out into the sunshine.

After a little bit of research into how to build an insect inviting habitat, and a fair bit of consideration into the type of creepy crawlies we want to attract into our garden, I drew this... 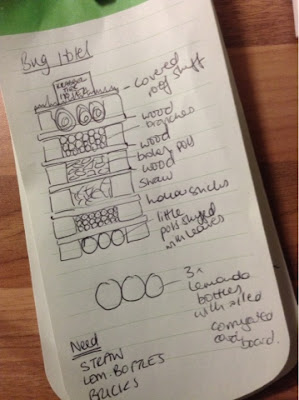 I've decided against the hollow sticks level as it attracts solitary bees, and while I know they are going extinct and also good for my garden, I don't really want to be attracting them with two Bubbas exploring out there... So it's been axed from the final cut!

First off, we identified a spot in the garden which was fairly sheltered and shady, but still had a good bit of greenery going on around it... 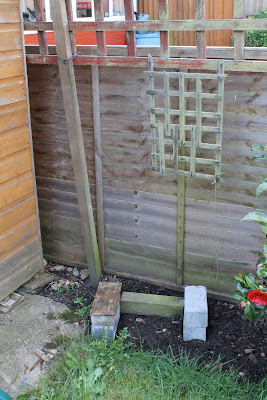 Second, we laid the first level of the hotel. The more natural resources you use, the better your hotel will withstand the elements, and the more welcome your creepy crawly guests are going to feel! I used some leftover bricks to form the walls and then we laid some small plant pots inside filled with sticks and leaves, perfect for attracting those lovely little ladybirds. 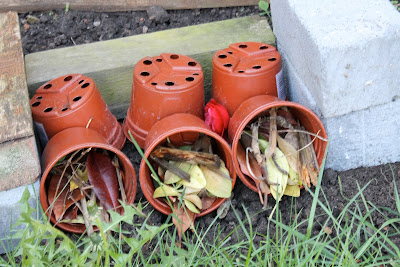 We separated off the second level with some more little plant pots, and filled that level with a broken clay plant pot that I had in my craft shed (don't ask why I keep that kind of thing!) This level should attract some woodlice and also provides an extra layer of stability to the structure. 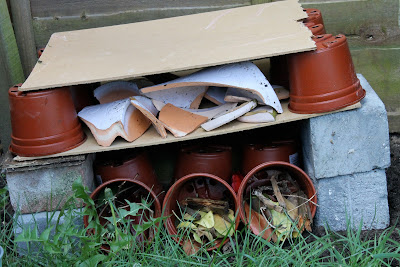 My little builder was in her element, plodding round the garden collecting dead leaves and merrily stuffing them into her hotel... 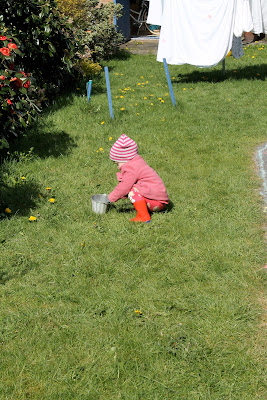 I need to stock up on some more bricks before we go any further... We still want to add millipedes, beetles and lacewings so we still have a fair way to go, but someone's very proud of our hotel so far... 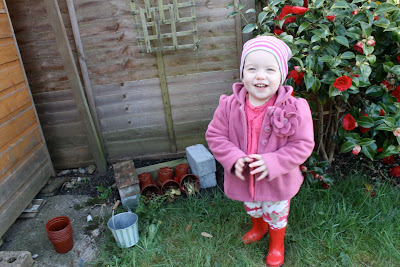 I hope to reveal the finished product next week, so watch this space!

On another note, this April weather is finally starting to look up... I was feeling a bit depressed that my 12tel Blick photos look practically identical! Seriously... our apple tree should have some blossom on it by now! 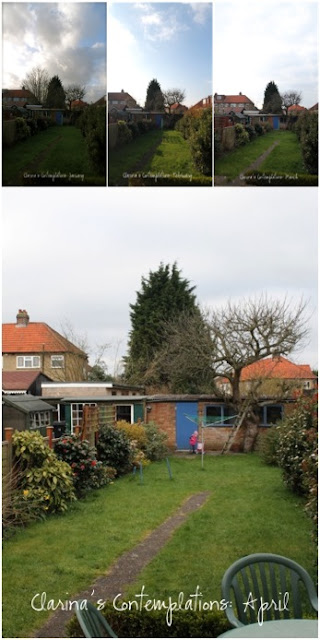 At least that little pink person can now play outside, even if its not exactly sunny!

Here's hoping that my May shot will be a bit brighter!

I've hooked up with Tabea at 12tel Blick... Watching your garden through the year!

I've been shortlisted for the BIBs "Inspire" category. Thank you SO much to all of you who nominated me... I am utterly humbled and grateful... and slightly gobsmacked! If you do like the blog and would like to vote for me in the "Inspire" category, you can do so below. Just put a tick in the box beside "Clarina's Contemplations" under the Inspire category! THANKS!

You can place your votes here.