Our multilingual adventure... The second time round!

Multilingualism with a second child has proved a very different ball game to the first...easier? In many ways, yes. I don't get the same funny looks, the same questions, the same confusion. It was actually expected. Of course I was going to speak German to Heidi... Of course Dave was going to speak Norwegian... Of course everyone else would speak English. I guess people kind of knew what to expect this time round; and in a sense, to do anything else would have been strange... 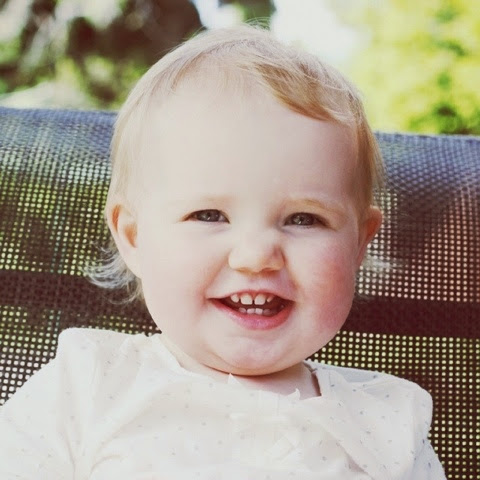 And yet Heidi's experience is very different. She has followed a very similar pattern to Ava in terms of timing, and now, at almost 15 months, has around 50 words. Pretty much spot on her sister's experience. And yet, there is one major difference.

Whereas Ava's words at this point were a real mixture of all three languages, Heidi's dominant language at the moment is German. Ava spent the summer she turned one in Norway, with six weeks full on time with Papa and surrounded by the Norwegian language. I was back at work part time, and so she spent 2 days a week with my Mum, in an exclusively English environment. And the German? Well, it may only have been me speaking German to her, but we had a serious amount of one on one time.

Heidi's experience has been totally different, without any intention. She has yet to experience a summer in Norway since she's been talking, so I'm excited to see how her language develops there this summer. I have not returned to work this time, meaning that although she spends a lot of time with my family, it is rarely exclusively English, as I am often there as well. And whereas Ava only got German from me, Heidi gets German from both Ava and myself, and hears conversation all the time at home between the three of us, exclusively in German.

At the moment, German words make up 90% of her vocabulary; she has a few English words: bye-bye (ba-bye), flowers (flow-as), shoes (soos) and house, but most of her words are in German, and while she understands all instructions in Norwegian, she has yet to produce a Norwegian word (with the exception of the opening of the Norwegian prayer we sing before every meal!)

Some people have asked if I'm worried... Will she pick up English? Will she speak Norwegian? I can honestly say I am not. We are learning, and have been learning these past three years, that consistency is the key to everything. As long as I continue, Dave continues and everyone else continues to speak the languages that in the girls eyes we are "supposed" to speak, without mix and matching, I know that in time, this little girl will speak all three with fluency, just like her big sister does.

It is so exciting to see how it all unfolds.

So here's the little ladies new words this month!

Email ThisBlogThis!Share to TwitterShare to FacebookShare to Pinterest
Labels: Languages