On Saturday we celebrated Heidi's much anticipated Frozen Party... I say much anticipated because for the week running up to it, I had a flurry of little high-pitched voices persistently asking me "How many more sleeps 'til the Elsa party?" Needless to say, we were more than ready for it when the big day finally arrived!

I have to admit I wasn't overly excited at the prospect of another Frozen party. It's the biggest fad right now amongst almost anyone under the age of seven, and so the last few parties we have been to have had, for the most part, a decidedly Frozen theme.

But of course, with a little help of Pinterest, a few ideas were born, and soon enough I was possibly just as excited about the party as the girls were! 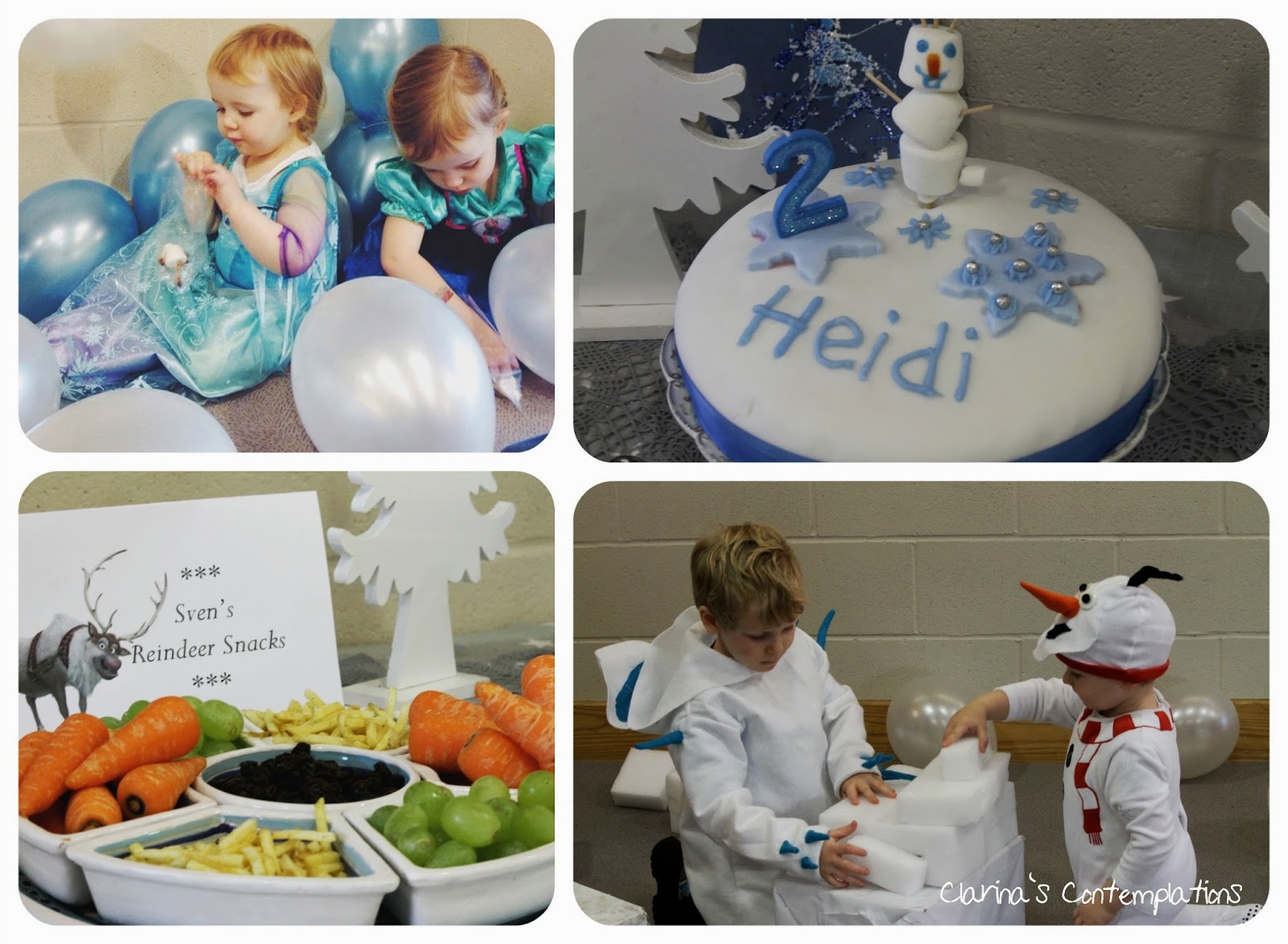 So in case you ever find yourself needing to throw a "Frozen" party, here's what we did!

The Food
The food is always the fun challenge for parties... tying it into the theme gives you the opportunity to get very creative without actually having to put much work in. I mean, who ever heard of whole mini carrots at a birthday party? But name them "Sven's Reindeer Snacks" and suddenly you have a posse of two-year-olds devouring more fruit and veg than you've ever seen in your life before. I can't take credit for any of the food ideas though... they were all straight from Pinterest, and I tried to find something fun to eat for each of the main characters... 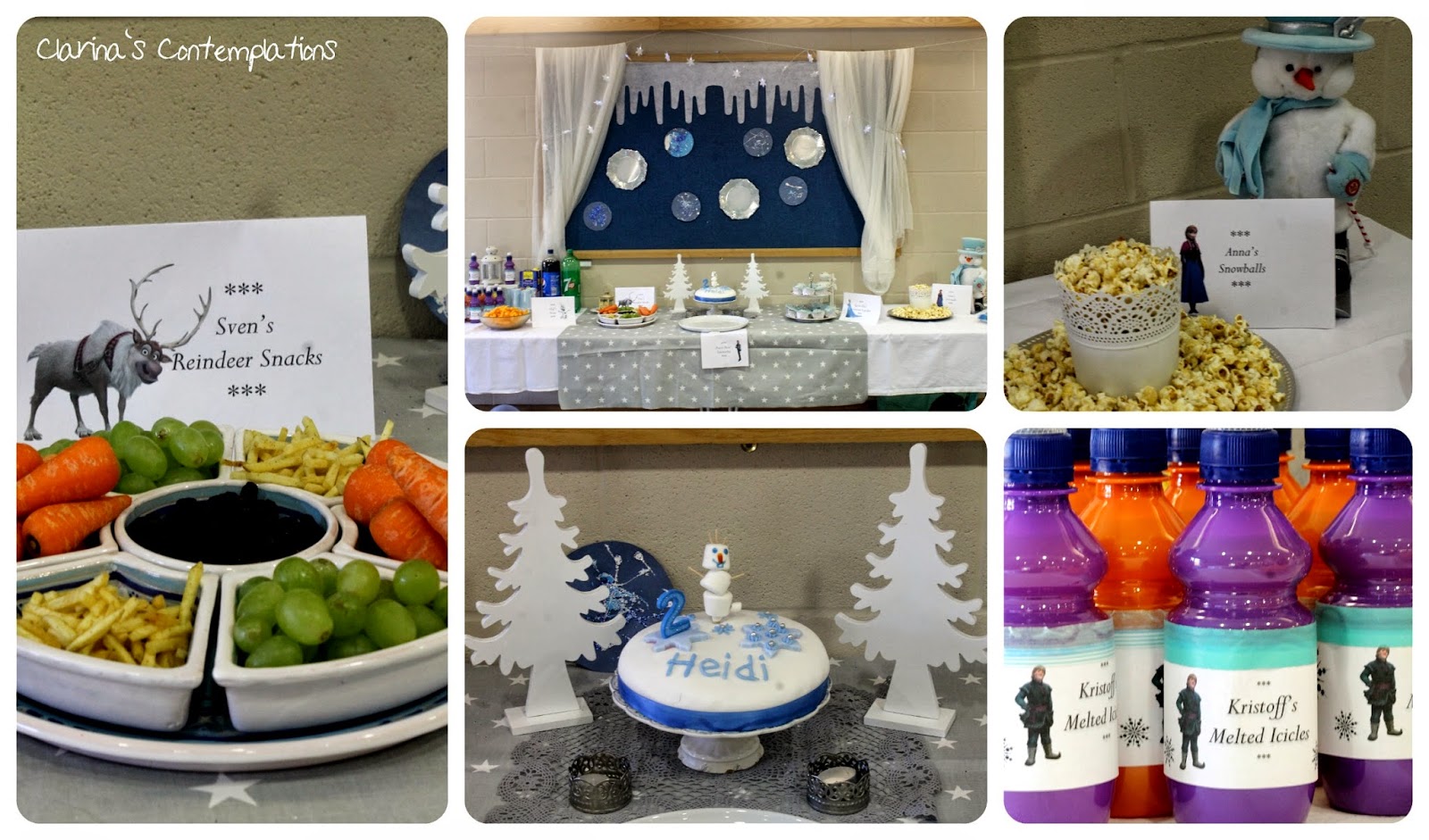 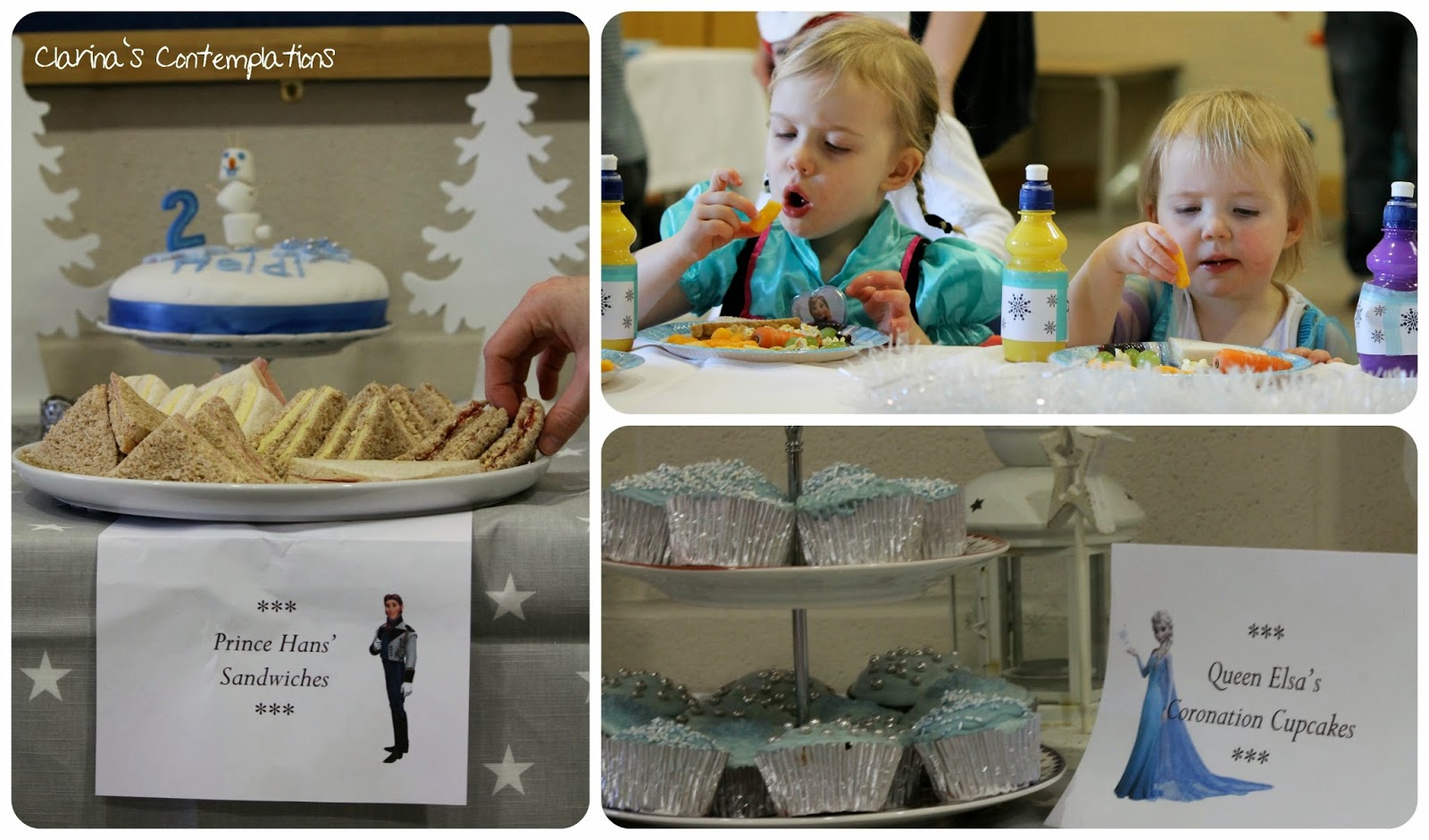 As I said, minimal effort (with the exception of the cupcakes) and yet lots of happy little eaters!

The Costumes
We had encouraged people on Heidi's invitations to come dressed in white or blue, so there were a flurry of little snowy bodies running round the room, and there were no shortage of characters from the movie either! (Children's photographs are posted with parental permission) 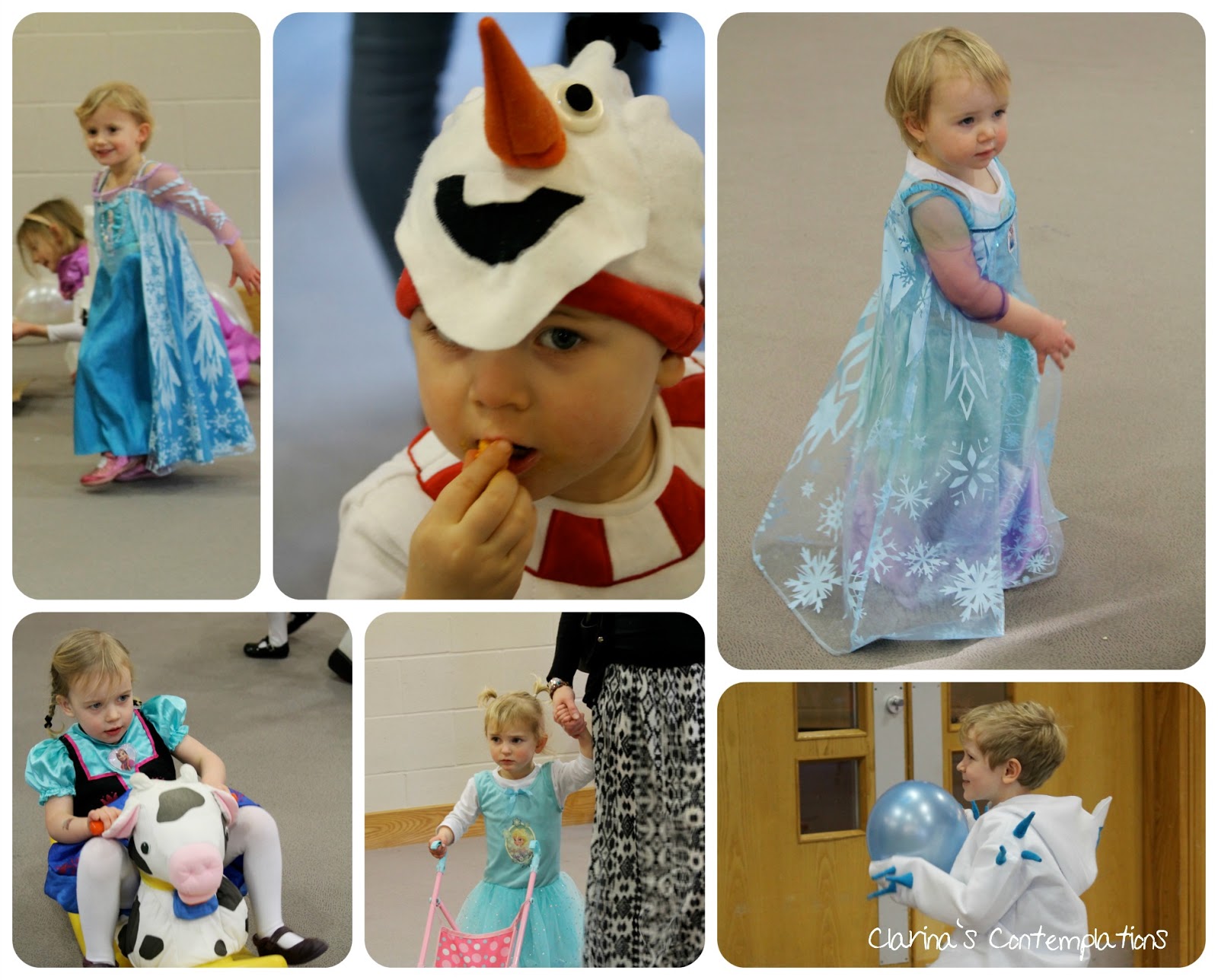 It was pretty cool to have a snow monster at the party!

The Cake
A simple Victoria Sandwich with butter icing (except that I dyed the butter icing blue!) made this one a pretty easy make (close-up at the top). I cheated on the Regal Icing and bought it ready to roll in Tesco for around £2. I kneaded a bit of blue food colouring through a bit of it to cut out the snowflakes, and Olaf was a simple marshmallow/cocktail stick job. It took me a couple of hours start to finish and there was one happy little lady by the end of it. I'm still very much a novice when it comes to cake decorating (I don't know how people make these incredible creations you see on the web) but we were pretty happy with our humble attempt! 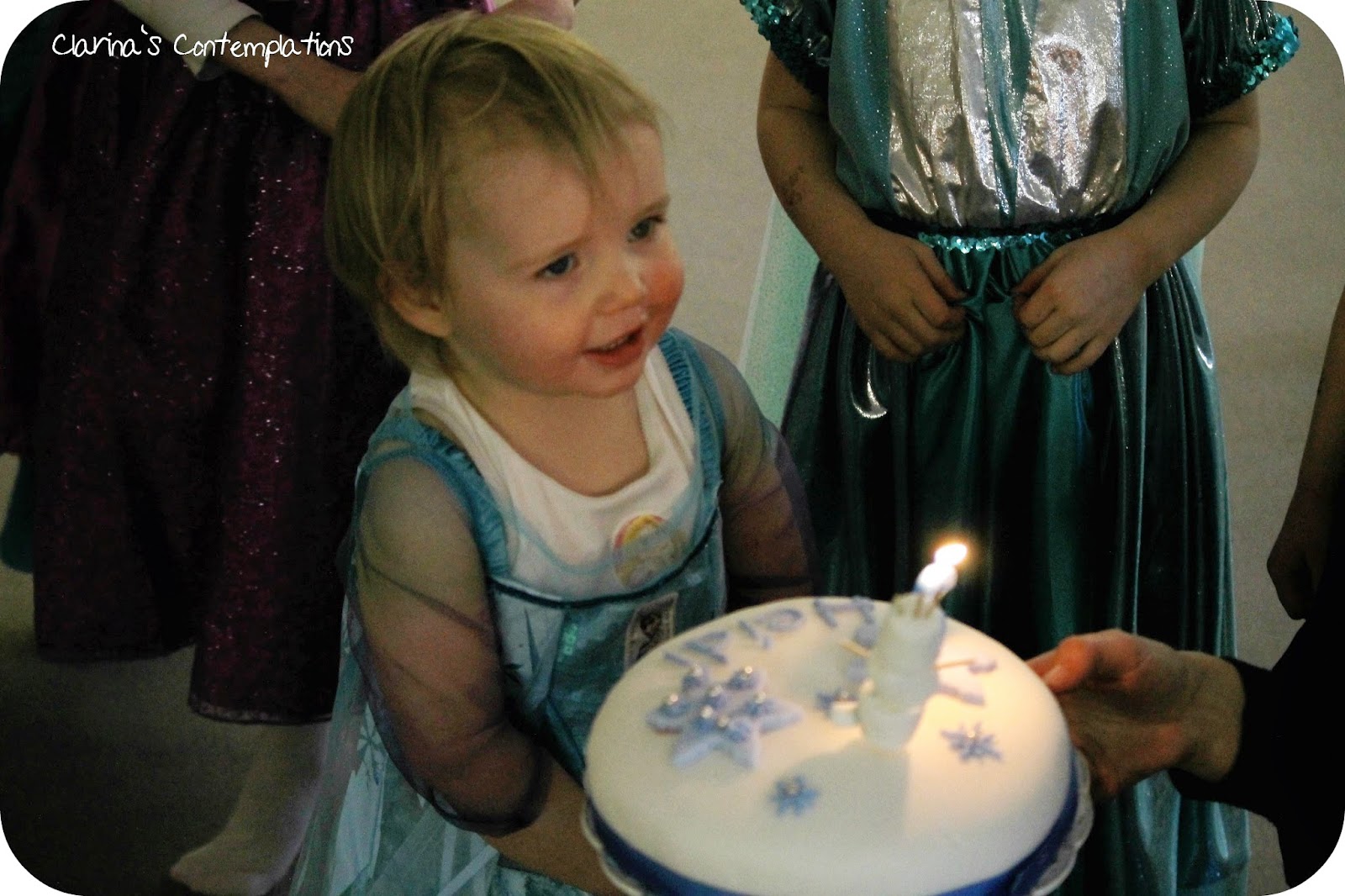 The Activities
This one was good fun as I found there were lots of ideas on Pinterest, but none that were really suitable for two-year-olds... I always think 2nd birthday parties are a bit of a challenge. The children are old enough to get involved in some activities, but there's still not a lot they can do completely independently. I was also conscious we had a good few boys coming, so didn't want everything to feel too  girly... so here's what we did!

* Ice block tower building - a whole stack of white boxes and white foam blocks (the kind you get in packaging) and we were good to go. This kept loads of the kids amused for ages, and they enjoyed both the building and the knocking down. Ava's school class had been doing a topic on "Ice and Magic" the previous half term and had kindly donated me their supplies, so we had no shortage of ice blocks!
* Colouring Corner - a few "Frozen" colouring pages led to happy little artists!
* Hunt Olaf's Noses - This is the only one that I had to prep in advance. I hid eight different coloured carrot noses around the room, and the children had to find them and tick them off when they had each nose. At the end, we talked about which nose was the right nose for Olaf! The children enjoyed hunting them down, and, with a bit of help from Mums and Dads, every child was able to get involved! 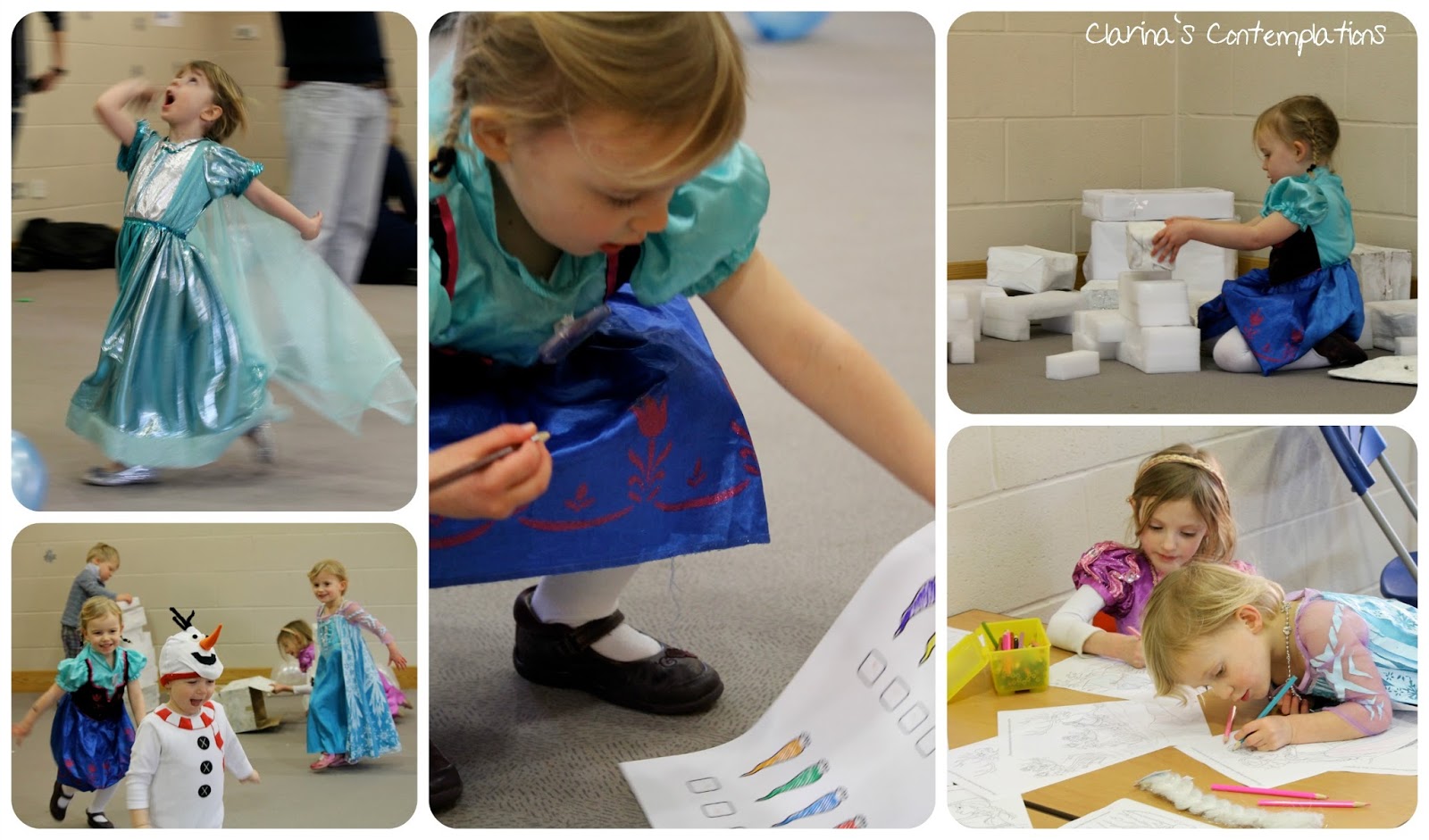 The Favours
This was a total Pinterest steal! I had seen these cute little "Do you wanna build a snowman" packs and knew it would be a sweet little gift for Heidi to give her friends to thank them for coming! A few marshmallows, twiglets and raisins and an orange jelly bean was all it took! 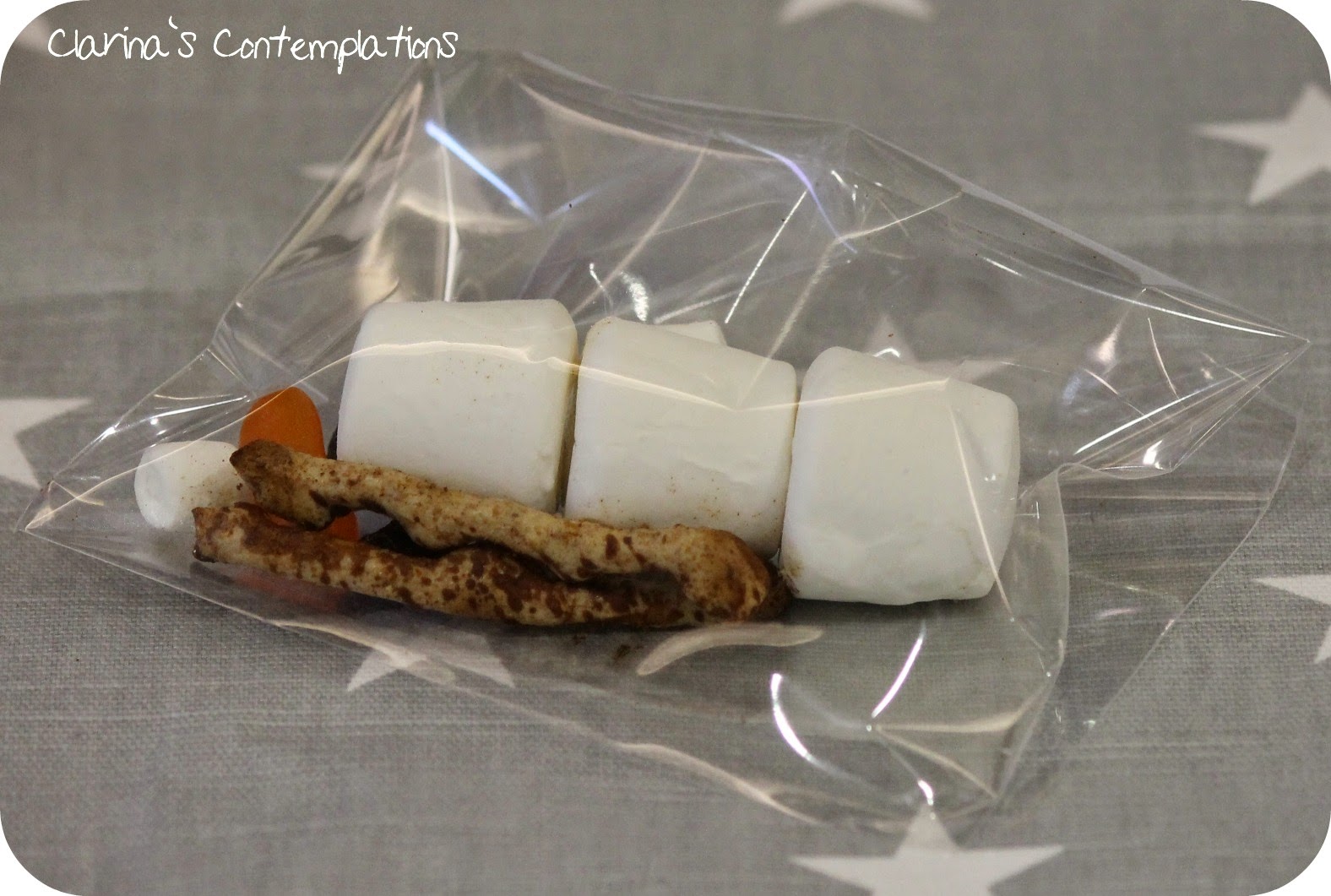 We had a fabulous time... Heidi was pretty grumpy for the firs half hour - lets just say no-one ever likes to be woken from their nap... not even for their birthday party! But pretty soon, she was running round with the other children having a whale of a time. It makes all the effort and preparation worthwhile when you see their happy little faces... 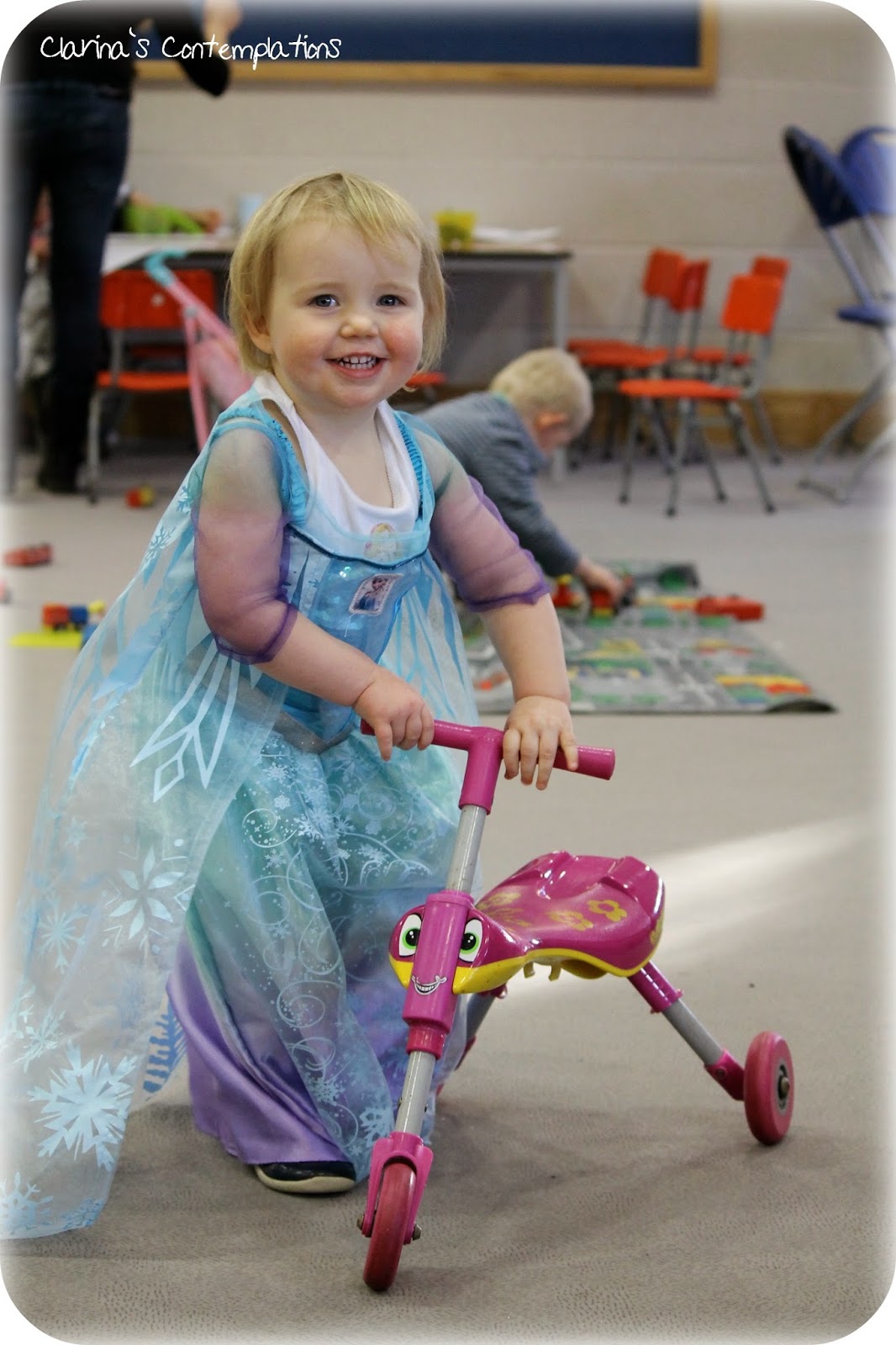 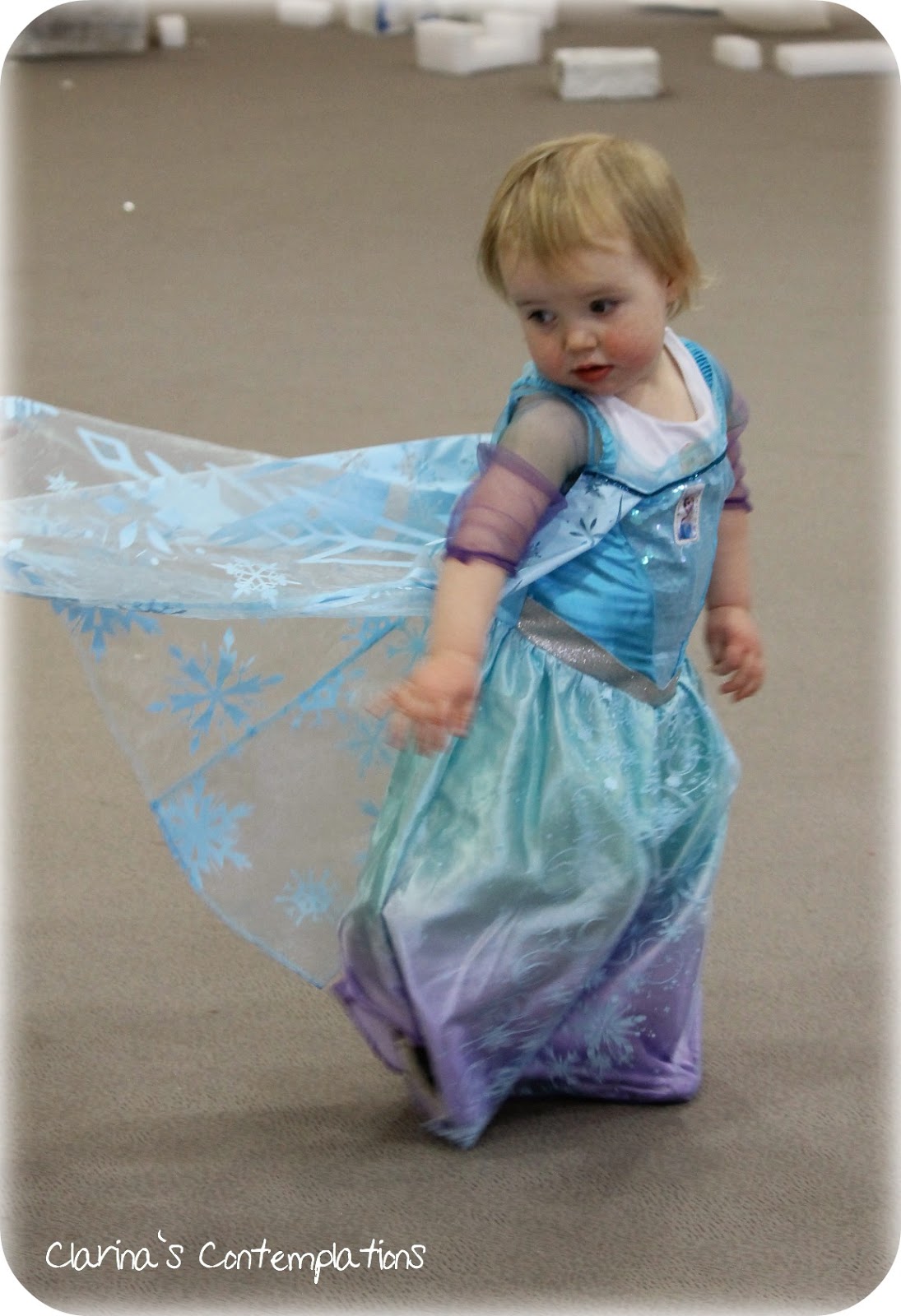