On the Lost Art of Independent Play... 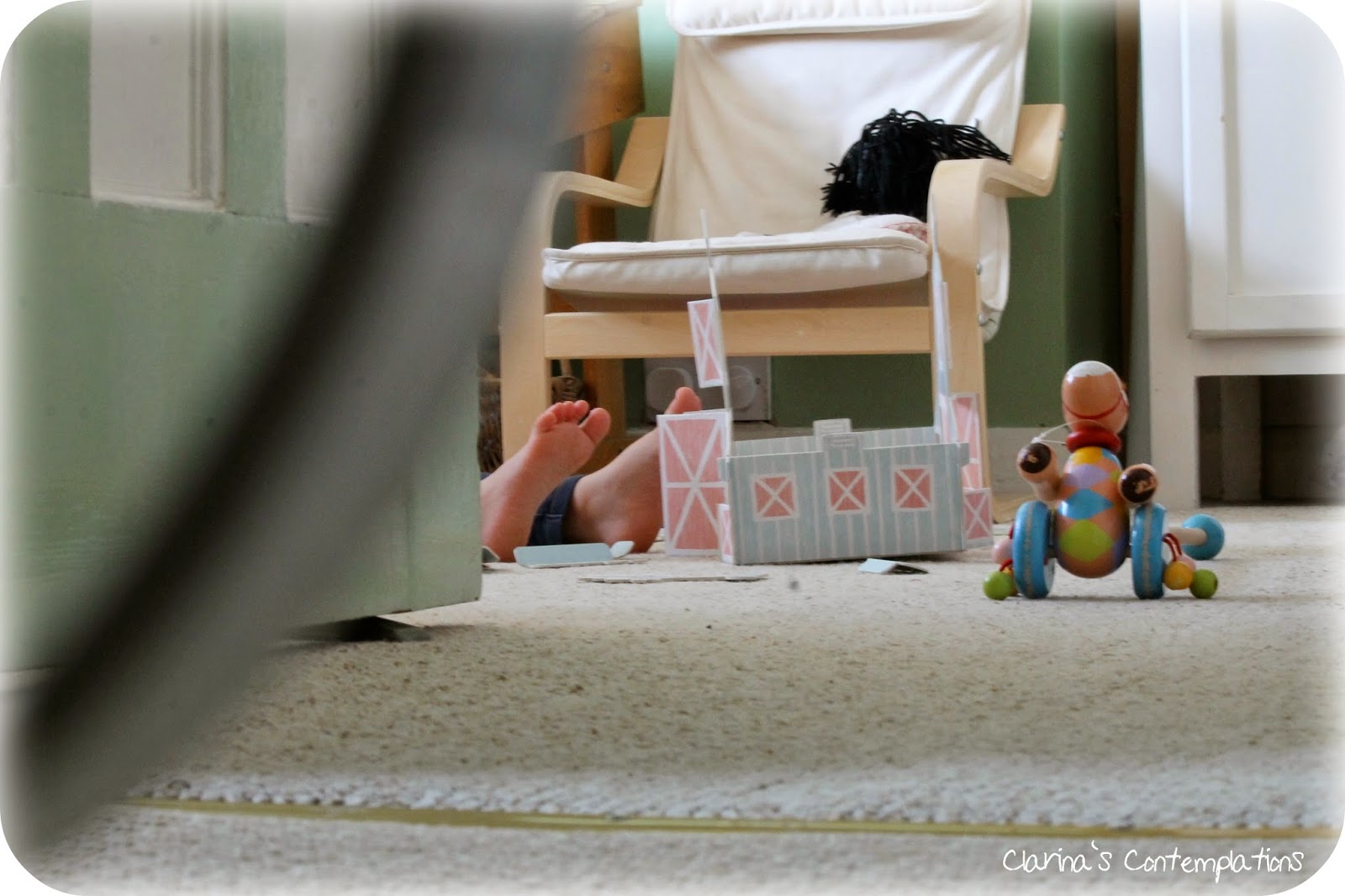 It's a happy little routine we've fallen in to. It's evolved and changed beyond recognition since the early routines of my firstborn, but right now, I'm perfectly contented with our little schedule. Typically, I know it will all be thrown to the wind with a new arrival in June, so right now, I'm savouring every moment of the "calm before the storm"...

The girls were always post-lunch nappers, and from their very earliest days, getting them into a good napping routine was high on my priority list. It meant happy babies. It meant sane Mama. It meant a lot of sacrifices too. I didn't, and still don't, go out for lunch much, and between 12 and 3 is pretty much a write-off for any social activity, unless people want to come to me.

But boy has it been worth it. Our littlest lady heads up to bed around 1pm, and doesn't reappear, often, until around 3.30pm, and my big girl... well, with the help of a gro-clock, she has been learning the art of keeping herself entertained for an hour every day in her bedroom.

I think kids amusing themselves is becoming a bit of a lost art. They are growing up in a world surrounded by high energy, visuals and over-stimulation. Ipads, mobile phones, TV screens and laptops are part of their everyday. I didn't know what a single one of those things was until I was at least ten (excepting the TV!) Children get "bored" way quicker I think, and need constant play dates, activity and entertainment... don't get me wrong. Our girls are well acquainted with all the above, and I think they have their place, but I sometimes wonder if our children are growing up in a world that is over-screen-saturated.

Which is why we've worked hard to teach our girls to play alone. It sounds anti-social, and it sounds dated, but I remain utterly convinced by it. It gives them much needed daily quiet and respite, it teaches them to appreciate silence, it encourages their independence and their imaginations. 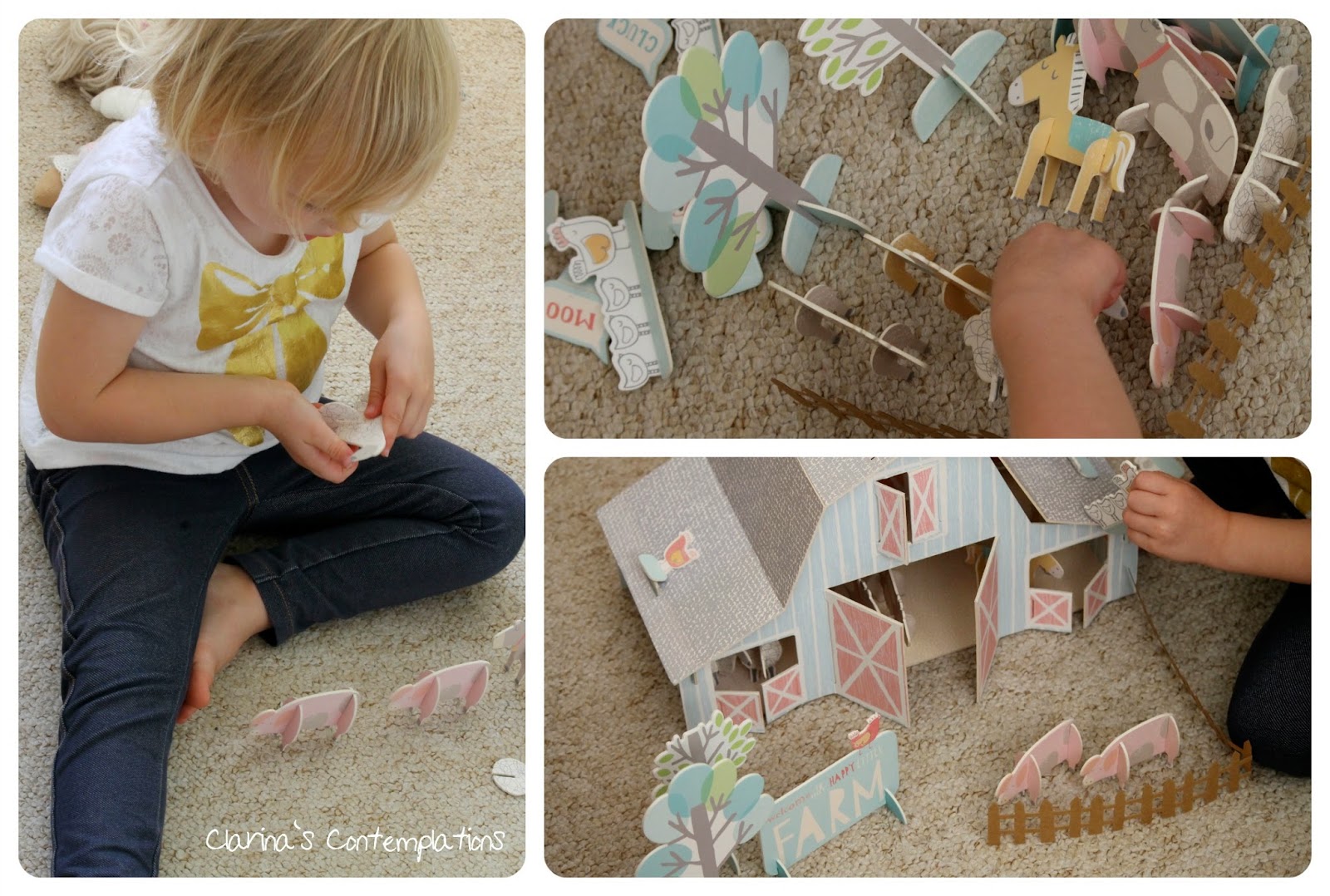 And its not an entirely selfless act, I'll admit... an hour of total space every lunchtime is a lifeline for a Mama of preschoolers. I genuinely mean it when I say I don't know how people do the constancy and intensity of it otherwise... its often the first (and only!) full cup of tea I'll drink in a day. A chance to think, space to breath, and an opportunity to have uninterrupted peace too.


And when my big girl comes down after an hour, we have another hour while baby sister sleeps on for Mama and Ava time. After an hour of space, I'm energised, enthusiastic and much more able to spend the hour doing something productive with her. Its our together time. I try to make sure I'm not distracted or doing other jobs around the house (that's what my mornings are for!) That one hour, I am hers - to draw with her, play her games, prepare activities, chat, bake... every day a little bit different. But I'm savouring it all up because I know this golden hour will disappear in September when she heads off to school.

And then, I'm hoping, praying that the cycle will continue as baby sleeps (!!), and Heidi learns the lost art of independent play, followed by Mama time, too...
<div align="center">
<a href="http://www.littlejampotlife.com/" title="Little Jam Pot Life"><img src="https://3.bp.blogspot.com/-GsYXu4FCHgs/VSknCuIgRQI/AAAAAAAAEdQ/oh9nCXYsaWc/s1600/Letthembelittleproject.png" alt="Little Jam Pot Life" style="border:none;" /></a></div>
Posted by Clarina1985 at 07:00