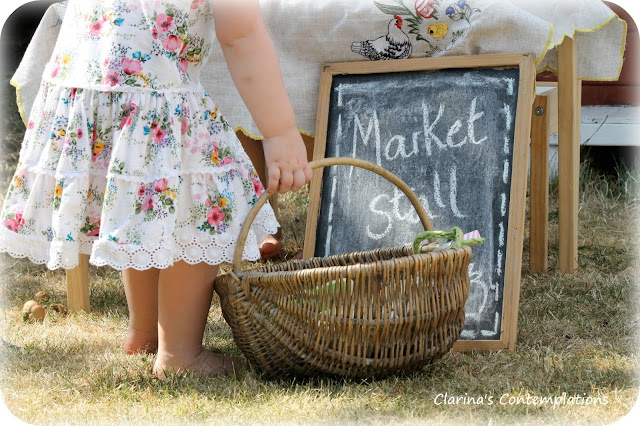 Sticky, hot children needed a little help on the entertainment front yesterday afternoon. After their quiet times (during which Heidi fell asleep as she played... Who can blame her in this weather?!) they were niggly and fidgety and just winding each other up. They're usually pretty good at letting their imaginations run wild and inventing all sorts of games, but yesterday, well in that heat, a little help was needed from Mama...

The two of them spent last week driving their wagon between their cabin and "the market" and so I thought a little market stall, right in the shady spot of the garden, would land a treat. 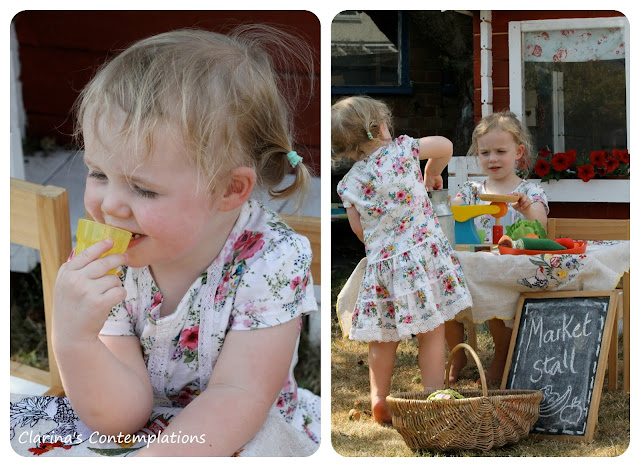 There was fresh fruit and veg, ice cold lemonade and even warm milk straight from the cow (which doubles up as the horse they use to pull their wagon to get to market!!)

Everything we bought was weighed up on the scales and priced up. Two tomatoes cost £1, a glass of lemonade was £11... I guess Ava's already got the business concept of pricing up when there's high demand! 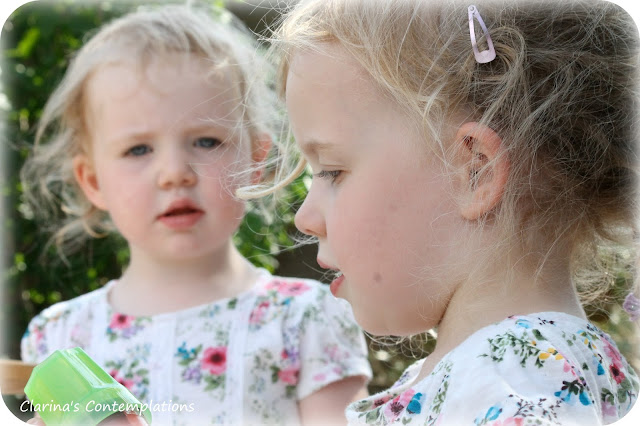 The girls travelled too and fro on that wagon of theirs, taking trip after trip to "market", taking it in turns to serve and be served. And it was so much fun just to enter into the imagination of it all. So often, I let them get on with it... I'm a big believer in them learning to play without adult intervention or stimulation, and they're pretty good at it, but now and again... Well, now and again its just nice to play the games I loved as a child with them...