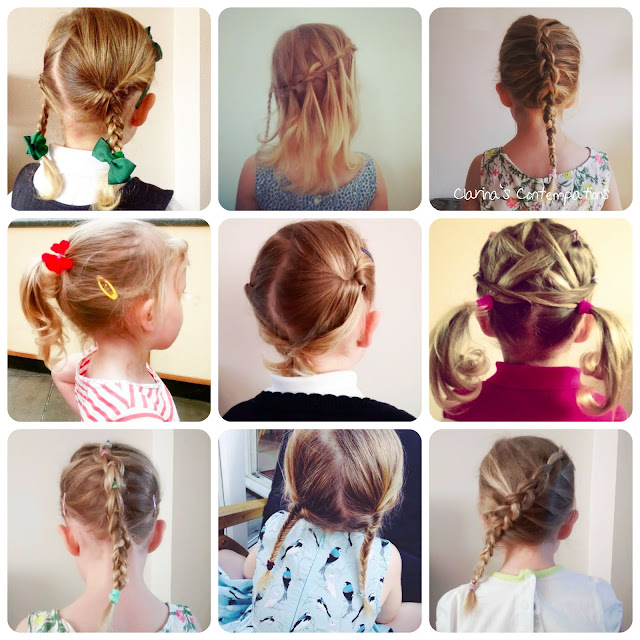 I'm going to be upfront and honest and admit the irony of this post. I am useless with my own hair. Growing up, it was my sister who worked wonders on hers (and mine!)... she seemed to have the magic touch and her hair always looked pristine. Mine, more often than not, was bunged up in the simplest of ponytails.

But then I had little girls...

And I couldn't help myself... I started basic... following a few people on Instagram and coming up with a few ideas. I'd show Ava pictures and she would pick out the style of the day and often I wouldn't know whether it would work till I gave it a go...

Then gradually we got a bit more daring and started following Youtube tutorials and photographing what we were up to, and suddenly I had people asking me for top tips on their little girls hair, which just seemed hilarious to me, but very honouring too!

So here you are... our little girl hairstyle journey... and I can HONESTLY say if you are useless with hair, then you're in the right place...

Here are our favourites... 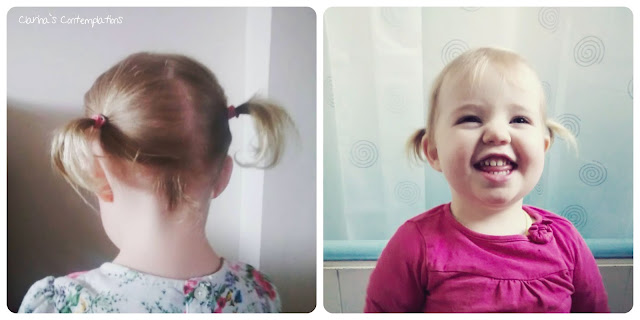 There's nothing quite like little bunches on your little lady, and its often the first hairstyle that baby hair can cope with. Our Heidi loves her bunches look, and she's only just getting enough hair now to try plaited bunches, and French plaits too... 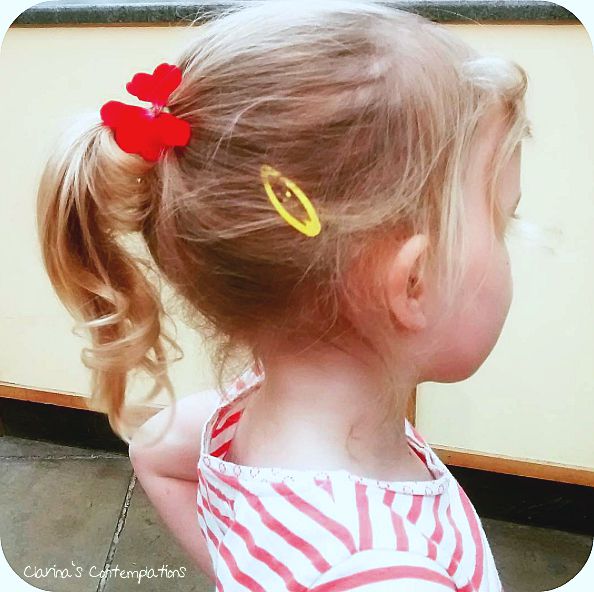 Quick and easy, but really cute... especially if accessorised with some little flowers or pretty clips. This is one of Ava's favourites, even though its nowhere near as fancy as some of the others... especially good in the hot weather! 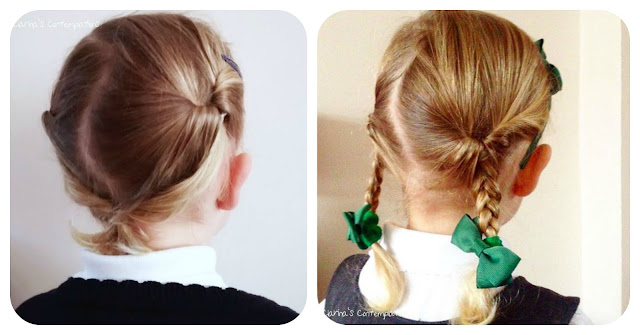 Pull Throughs are SO easy, and yet so effective! You simply stick your finger through the centre of the hair, just above your hair elastic, and pull the hair below the elastic through. You can do all sorts with this one!


4. Pull Through Braid
This one is so easy, you just need a lot of elastics. We found this tutorial really useful. 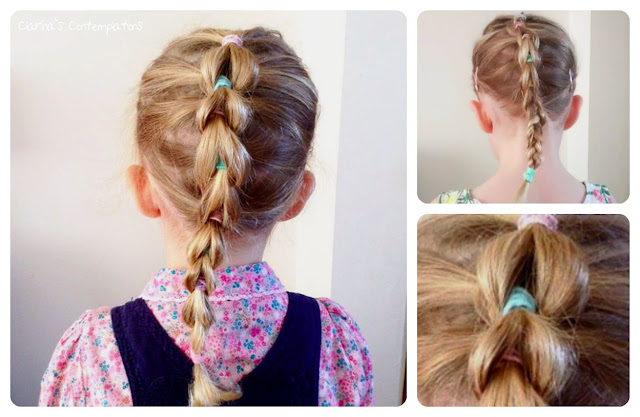 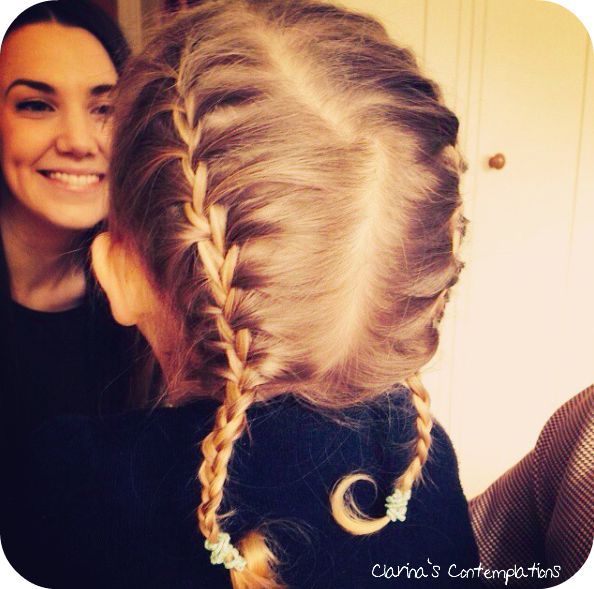 Start with a layer of hair at the top, plaiting each of your three strands over each other and into the centre, and pulling more hair into the braid as you go down. It's a classic, and a pretty one at that. 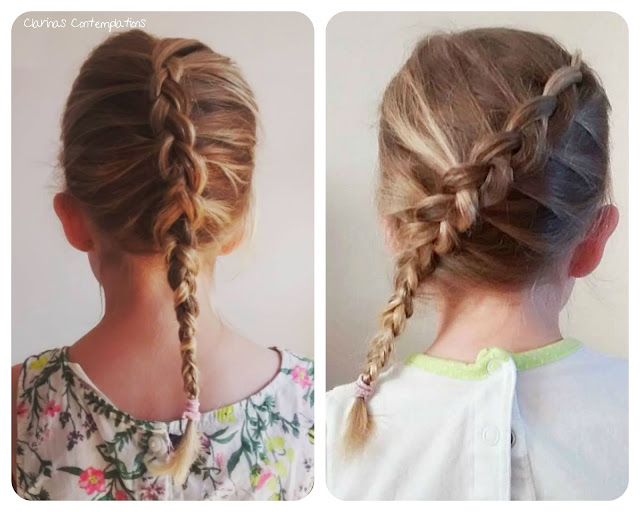 A Dutch braid is the braid that looks like it sits on top of the hair, whereas a French plait tucks into the hair. This look is created in exactly the same way as a French plait, only instead of plaiting over the other strands and into the centre, you plait under the other strands. Dutch braids are my current favourite and you can do them anyway you like... Dutch pigtails, Dutch centre braid or diagonal... I think the diagonal is my favourite... 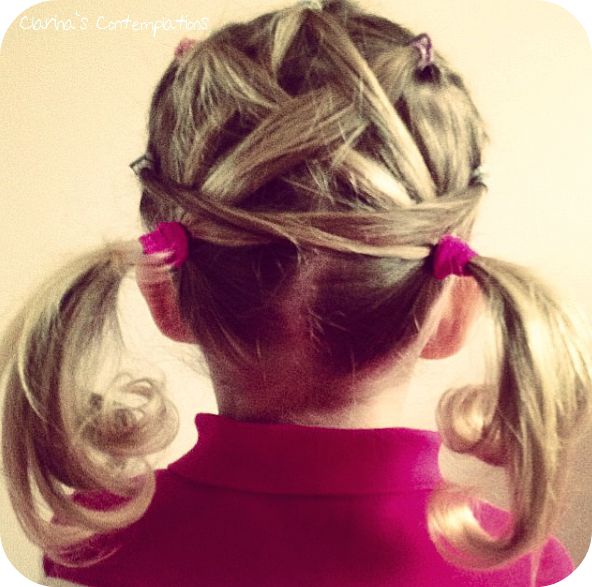 I just love this one and it looks so cute! I actually didn't have a tutorial for this one, just a picture on Pinterest, but if you stare at the picture long enough you can work out how to do it! Five little ponies at the top (leaving hair loose underneath), split the centre pony and diagonally cross over the others . You'll need a clip of some kind to hold things in place while you draw everything into the bunches, but it's so cute and only takes about 5 minutes to do... Plus, there's no complicated plaiting involved! 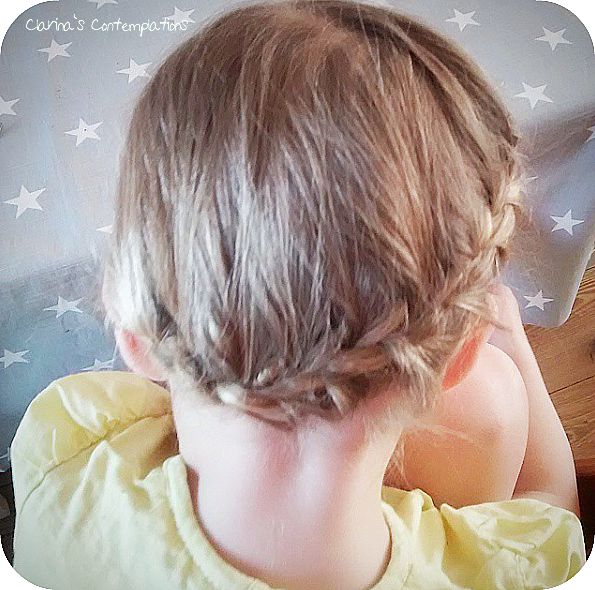 This is basically a French braid, as described above, but you follow the braid around the head to create a circle. I haven't perfected this one yet, but it's one Ava lives to have so she gets it fairly regularly. Really good on hot days too. 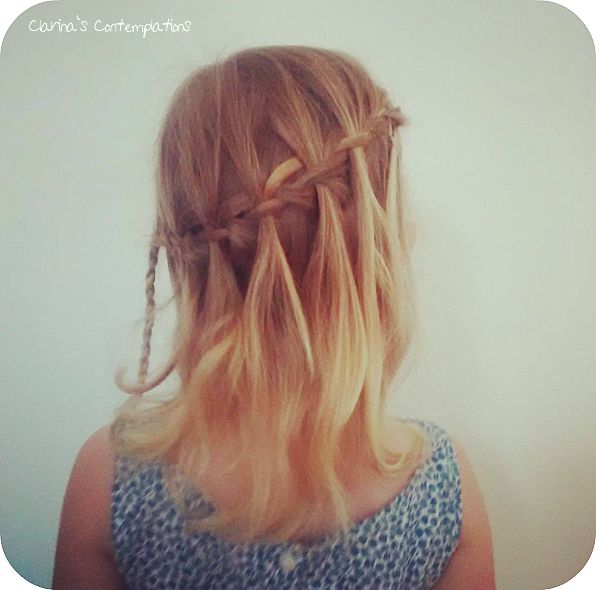 This one is SO pretty, but does work better on thicker hair. Ava's hair is still pretty fine and wispy, so I've found it only holds for an hour or so... But what a pretty hour it is! It's a simple plait around the head, but you drop the downward strand on every plait and pick up a new one. Sounds complicated, and it is a little more fiddly, but I found this video really useful. 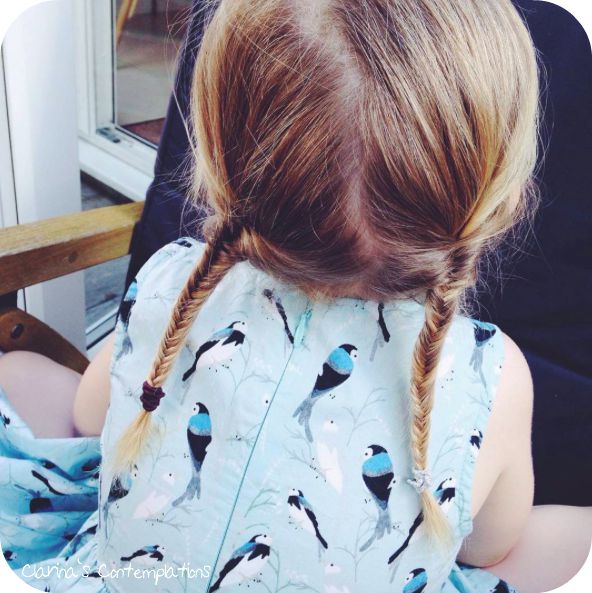 I'm not even gonna try and explain this one... I haven't managed it yet, but my sister does it on the girls sometimes (told you she was good!) and I think it looks real pretty. I found a great tutorial here and I'm going to try and give it a go at the weekend!

So I thought I'd leave you with some great braiders to follow and be inspired by... Don't forget, you can also follow my "Easy Hair" Pinterest board for some inspiration, and keep tabs on what Ava's styling on  the #avashair hashtag on Instagram!