Once upon a time, there was a little girl called Ava who wished for a Fairytale Party for her birthday... 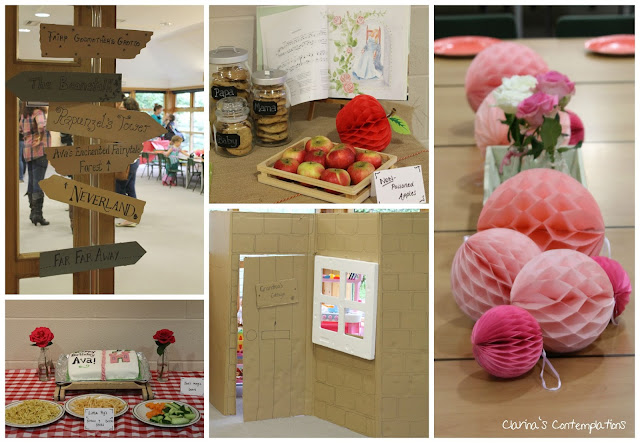 It was such a fun afternoon... four year olds are just the best age. Enthusiastic and excitable! We were overrun by Princesses, with a few knights and dragons to boot, and the children just threw themselves into the party with full force. Ava loved it - fairytales, princesses and all her little friends around her. What more could a little four-year-old girl want?

So in case you're planning to throw a Fairytale bash anytime soon, here's what we did! 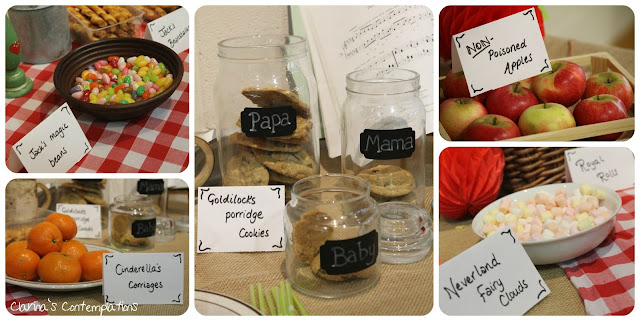 I maintain that you can always tie your food into the party theme with a little creativity, and a little help from Pinterest. In terms of party themes, I always try to keep them fairly broad (in the past we've had a Safari party, a Rainbow party and a Frozen party)... it just helps give you a wider spectrum of possibility! Here's what we had for the birthday tea... 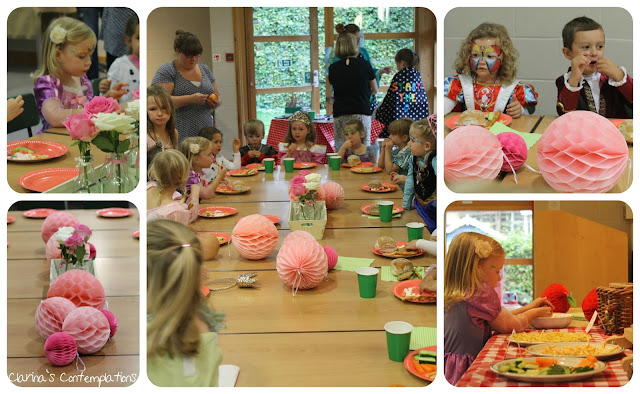 The food went down a treat and the table was pretty cleared by the end (only a few Jam Royal Rolls and some non-poisoned apples remained!). The children loved sitting at the Royal Feast, and Ava was in her element surrounded by her little friends! 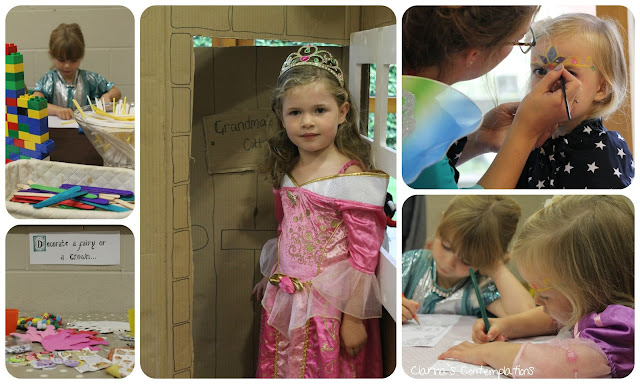 The first half hour of the party was free play, but we'd set up a few themed activities around the edges of the room for the children to have a go at...
Grandma's Cottage: Our new fridge freezer box was transformed into the front of Red Riding Hood's Grandma's cottage... Inside was a role play area complete with kitchen! This was a real hit!
Build a Little Pig House: a basketful of art straws, lolly sticks and building bricks, and a few sticks of glue, meant this was a table with a constant flow of little builders!
Colouring Station: A variety of fairytale colouring pictures and this table was easy to set up. I find a colouring activity is always a success at little girls parties!
Decorate a Crown or Fairy: an opportunity for our little fairytale characters to get creative with stickers, pom-poms and googley eyes!
Face Painting: my incredibly talented friend Kirsty came along as the Fairy Godmother and a did a great job transforming the children (and some of the adults) into role! (If your local and looking for a face-painter, I have linked to Kirsty on my Facebook page)

We had a huge variety of Princesses... And amazingly only one was doubled... Rapunzel, Snow White, Sleeping Beauty, Ariel, Anna and Belle were accompanied by knights in shining armour, Thor, Captain Hook, Dragons, Fairies and even a Dalmation! All the children looked fabulous and it just added to the fun! 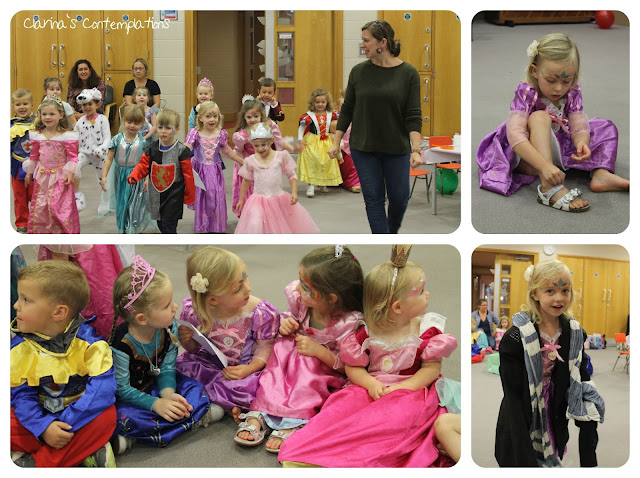 Even your party games have to be themed, right?
What's the time Mr Wolf? Well, we had to get that Big Bad Wolf in somewhere, didn't we? This game is SUCH a hit with this age. They just love it!
Cinderella's Shoe: The children were split into two teams. All the children removed one show, and placed it into a big pile in the middle. The children then raced each other to hop to the pile,find their shoe, put it on and run bag to tag the next team member.
The Emperor's New Clothes: A fancy dress race... A hat, scarf and large jacket were laid out for each team. They raced each other to get dressed, run to the end of the room, come back, return the clothes and tag the next team member. Some of them looked hilarious!
Sleeping Beauty: That age old game of sleeping lions!

The Cake
The cake was inspired by Pinterest. I wanted to create a storybook cake with a castle on it. I made a large rectangular chocolate cake which rose in the middle. I then sliced the cake horizontally across the middle and filled it with chocolate icing. I then cut the top half of the cake in half, and turned the risen centres to face out the ways, so that it was shaped like a book. A bit of Regal icing later and voila!

Needless to say, our little lady loved it! 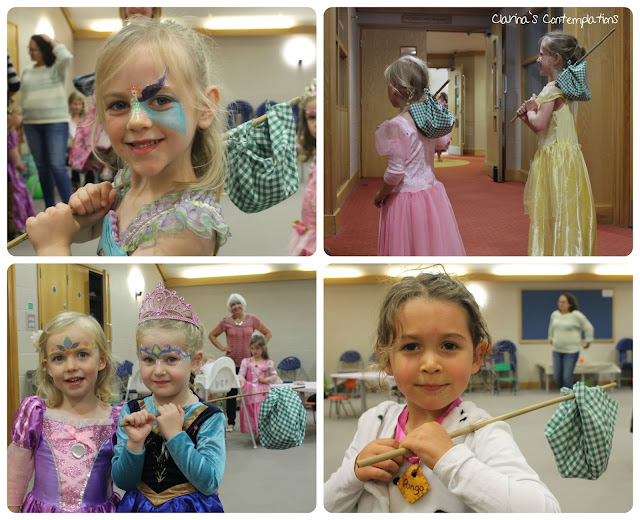 The knapsacks (more details in a previous post) were a roaring success.the children loved swinging them over their shoulders and heading off on an adventure home. Cheap and cheerful, but so effective!
Our little lady had a wonderful time. She literally grinned from ear to ear the whole time she was there (except when I told her she had to finish her Royal Roll before eating any more sweets - mean Mama!) when I put her to bed that evening, she put her little arms round me and said "That was the best party in the world. Thankyou for making it for me Mama"
I tell you what, the hours of baking, gluing, cutting, drawing, printing, organising, shopping, sewing and building were worth it just for that comment.
And who am I kidding... I absolutely loved organising it too!

(All photos of children are used with parental permission) 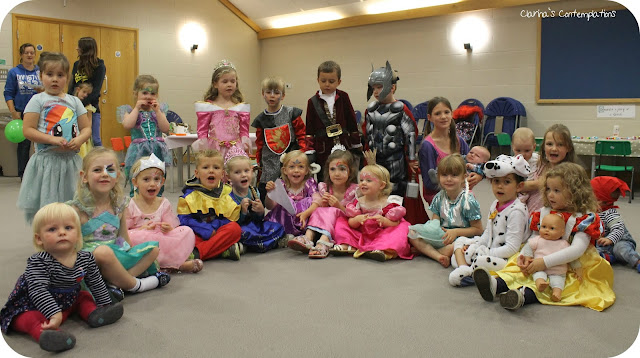