A Trip On The Bluebell Railway... 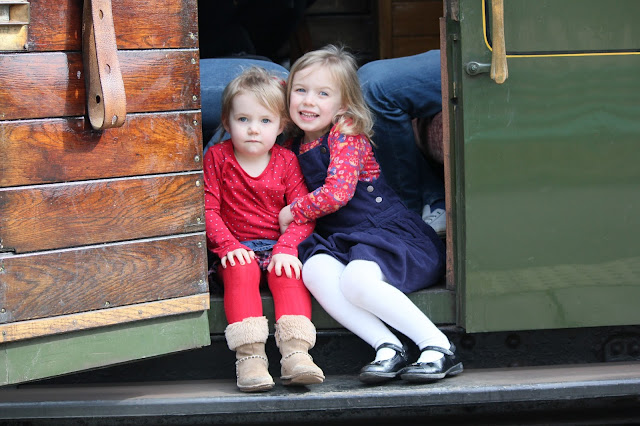 A family day out, in celebration of a certain Grandpa's 60th birthday, was the cause of great excitement in our home this past Saturday... Two little girls, who seem to have played very little other than "Railway Children" these past six weeks, had all their literary dreams realised, as our own responsible little "Bobbie" and our quirky little "Phyllis" boarded a real live steam train. 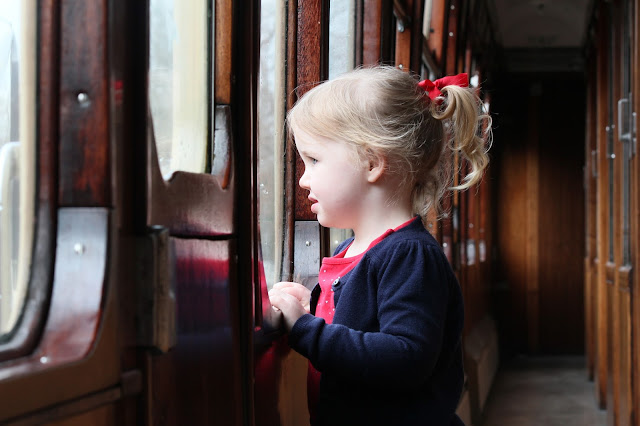 They were mesmerised... Flitting between their own observations and constant references to the story... "Can you see any trees on the line?", "where's Mr Perks?", "will there be a boy in the tunnel?", they just couldn't get enough of it. After reading Edith Nesbit's classic as our readaloud in February, and heading up to London to see the theatre production in March, the journey on a real-life steam train really was the icing on April's cake! 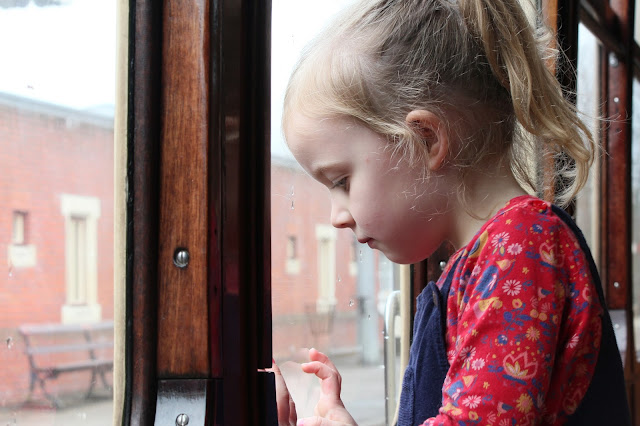 The Bluebell Railway is a steam-train service that runs right through the heart of rural Sussex, and it really is a hands on, sensory experience... You hear the whistle blow, smell the coals burning, grip your ticket stub and hear the gentle chug-chug as the train sets off. You can find yourself a seat in first, second or third class and contrast and compare the differences... There is just so much interactive learning to be done! 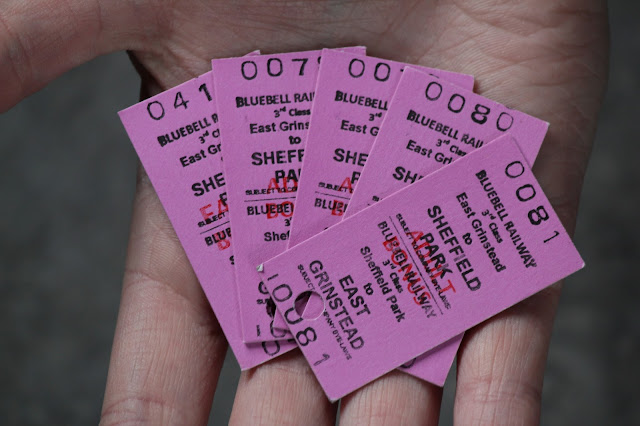 Of course, it wasn't just the girls who were wide-eyed with wonder at this monster of a train, but one little boy who didn't have all the background they did; needless to say, he's not read the book, or seen the production, but this big, noisy train was fascinating without all that... And at times a little on the scary side (just look at him gripping on to me!) 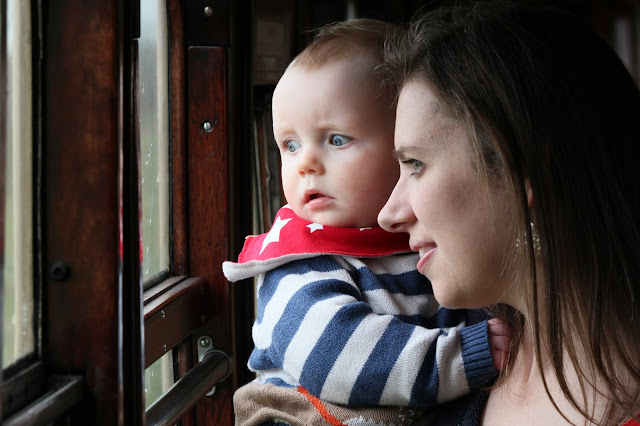 The attention to detail was impressive - from the Porter's uniform, to the fire buckets; from the billboards and posters, to the old suitcases piled up on the side of the platform. 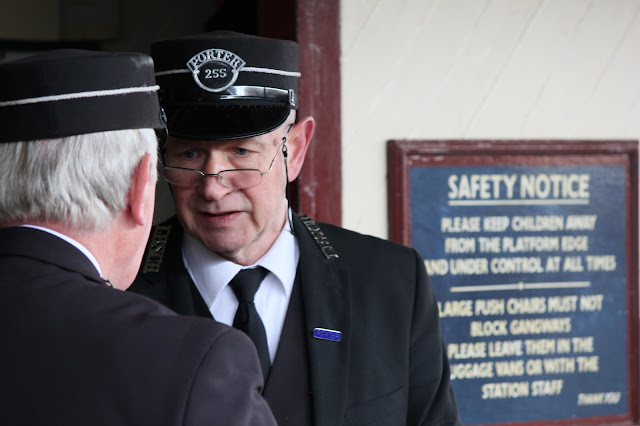 Each station we stopped at on our journey had a slightly different feel, representing a slightly different era... And of course I was particularly delighted to hop off and grab some pictures at Horsted Keynes... The real "Downton" station! (any other Downton Abbey fans out there?!) 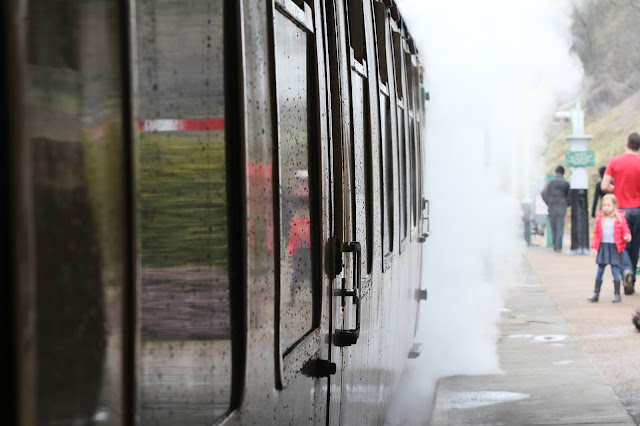 We travelled a 45 minute route before hopping off at East Grinstead and winding through the 14th century timber framed houses until we arrived at our destination - Prezzo! A few bowl of bolognaise, some pizzas and a pork belly later, and we winded our way slowly back to the station, our youngest member having his nap on route.

As we boarded our train to rumble through the open countryside and back towards Sheffield Park, Grandpa was, of course, the man of the moment! 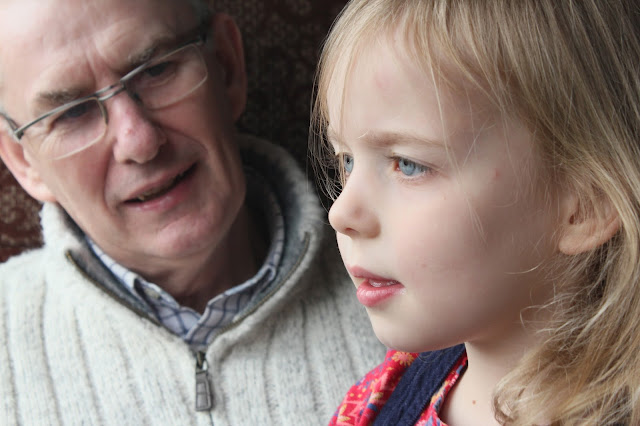 And by the end of our journey, we had some rather tired little people (who slept the whole way home... Oops!) 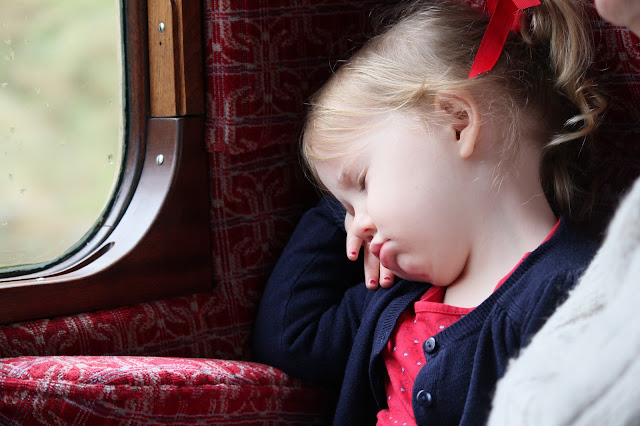 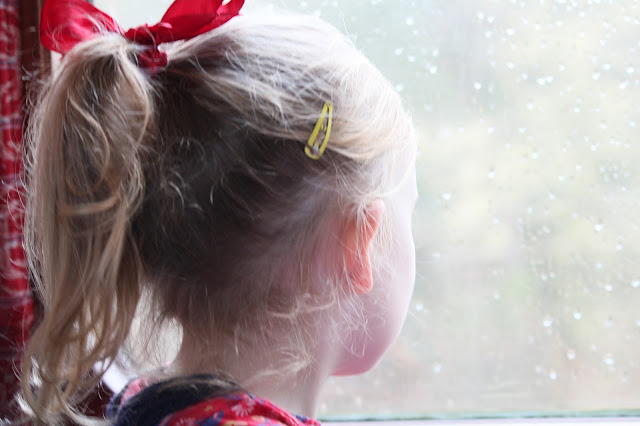 It really was a wonderful day out, and everyone loved it (even Dave, who will maintain he was the least excited to be there... But I suppose that's not hard when your comparing yourself to a Grandpa who is reenacting the steam-trains, a Nanny who is seriously over-excited about the number of pheasants she's spotted, a Mama and Uncle who are being snap-happy with cameras in everyone's faces, and an Auntie having a good giggle at her pheasant-fanatic mother's expense!) We all loved it, and the girls rolled into bed with wide-grins telling us all about what they had done! 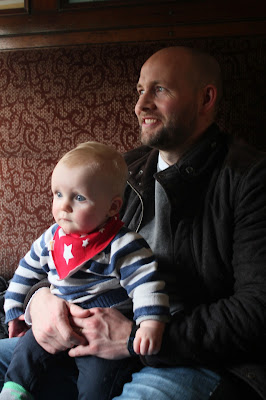 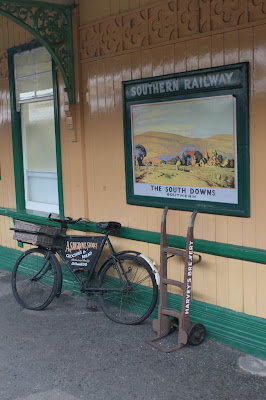 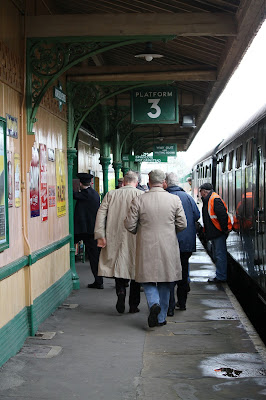 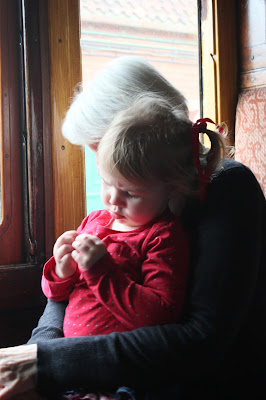 And now that we're reading "The Magic Faraway Tree" by Enid Blyton... I'm wondering how on earth we're going to bring that one to life! 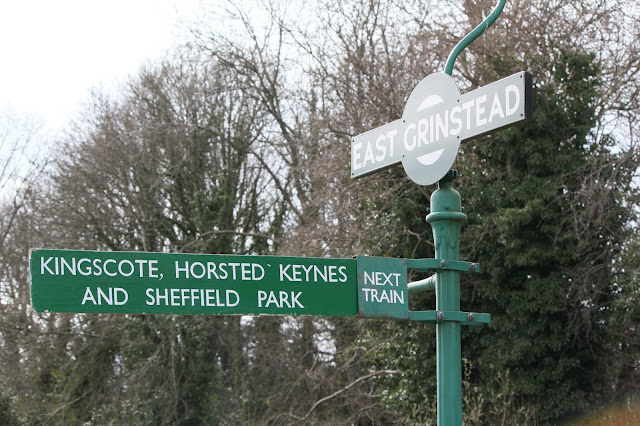 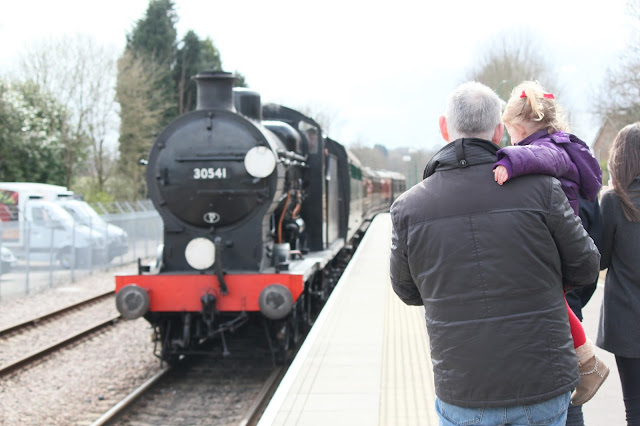 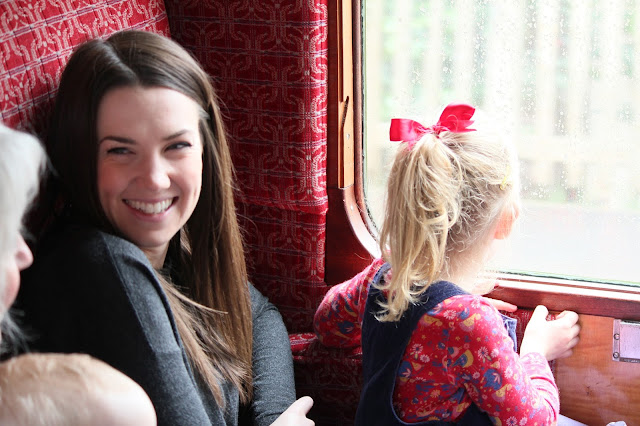 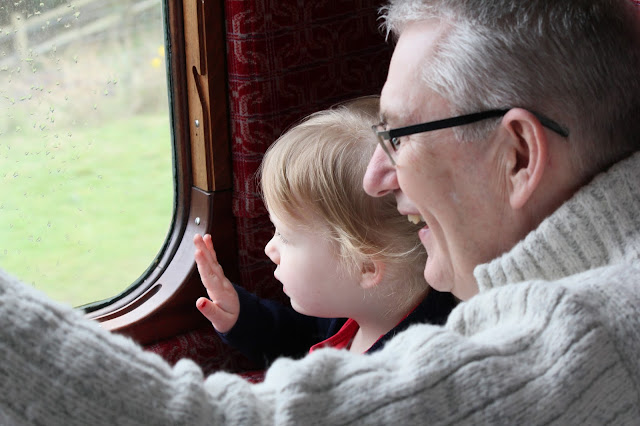