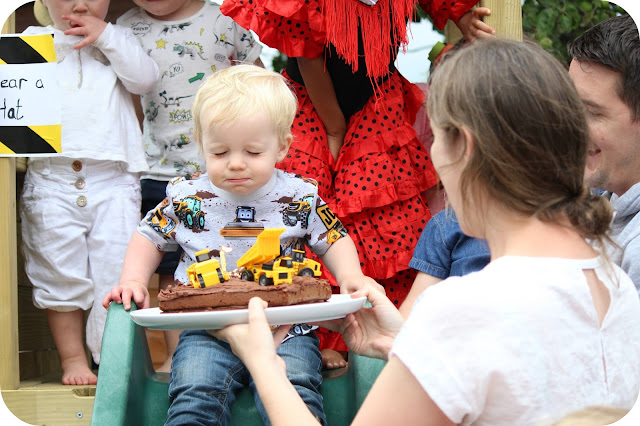 I thought it was about time I shared some pictures from Jonas' builder party... he is totally and utterly builder obsessed at the moment. He spends his days pottering around, hammering everything in sight, shouting "BOB!" at every crane, hard hat and building with scaffolding, and doing impressions of pneumatic drills. He loves it. So there was no doubt what theme we'd go for this year! The disclaimer at the start of this, is that I totally nab every good idea I ever have from Pinterest. And if you amalgamate a load of very creative people's ideas together, you end up with something pretty impressive yourself, even if its cost you minimal money and minimal effort... which is exactly what this party was.


It was probably the easiest party I've ever thrown. We hosted it in our garden, meaning no rushing backwards and forwards to another venue, and the activities were super easy. Even the food was all done during the kids rest time, so it really was low key.

The other disclaimer is that I love party planning. Like, it genuinely brings me so much joy, and gives all my stagnant creativity an outlet. Not everyone enjoys it and thats fine! But I do, and so I tend to go all out...

I share because I steal all my ideas from other people, and someone somewhere might want to steal from here too!

So without further ado...

Hammer boards...
This idea was genius (a Pinterest steal) and by far the most popular activity at the party. Two large sheets of styrofoam which my lovely friend had lying around and gave me for nothing, and four packs of cheap plastic golf tees from Amazon... the result is safe, child friendly hammering! 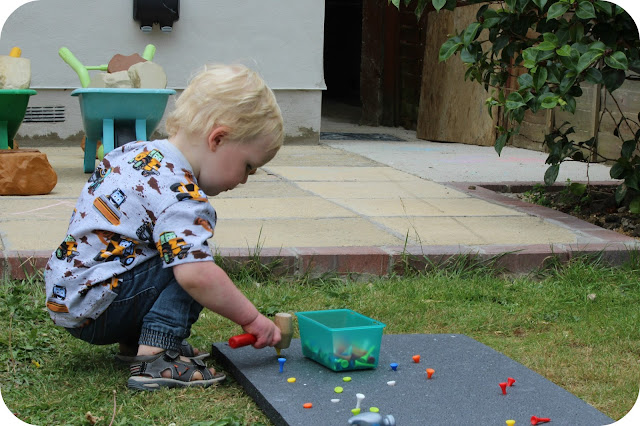 The boys couldn't get enough of it! 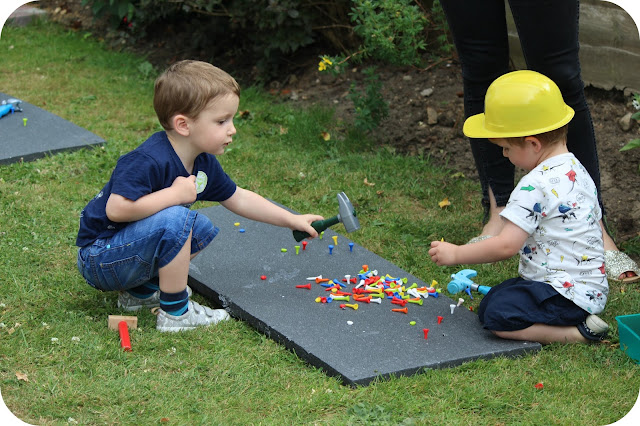 Building Blocks
I borrowed these as well, and they were a huge success! Part of throwing a party is being brave enough to ask if you can borrow something if you see it and know it'll be awesome! Our local nursery were lovely enough to lend us them for the weekend. They had them in storage and they'd never even been used! 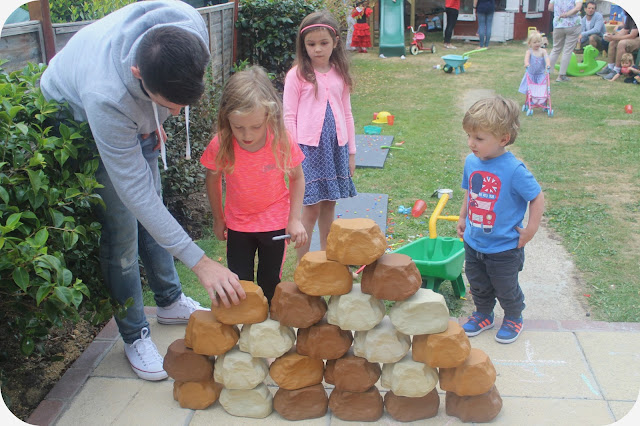 They built walls and wheelbarrowed them around the garden to their hearts content! 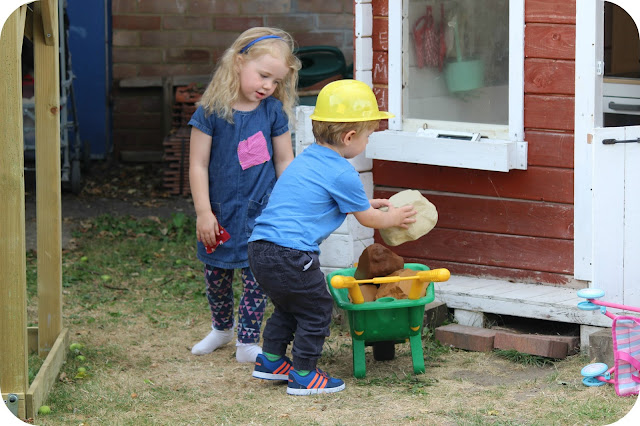 The children's playhouse was turned into the Site Office for tea breaks, and the climbing wall made for good scaffolding! Some of our little builders even made sure everyone was hard at work on site from the top of the tower! 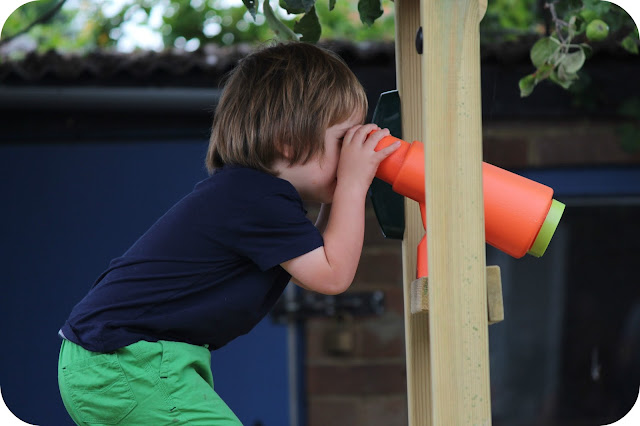 The Food
I always have far too much fun with the food. I basically buy the same stuff for all my children's parties - rolls, crisps, veg and fruit kebabs. You can turn those staples into anything you like... just takes a little imagination, and a whole lot of artistic license! 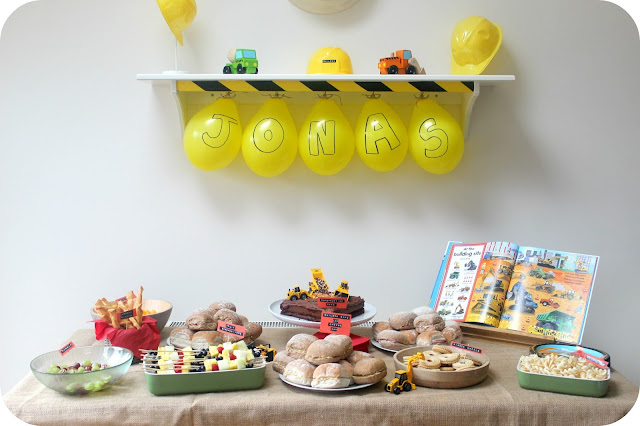 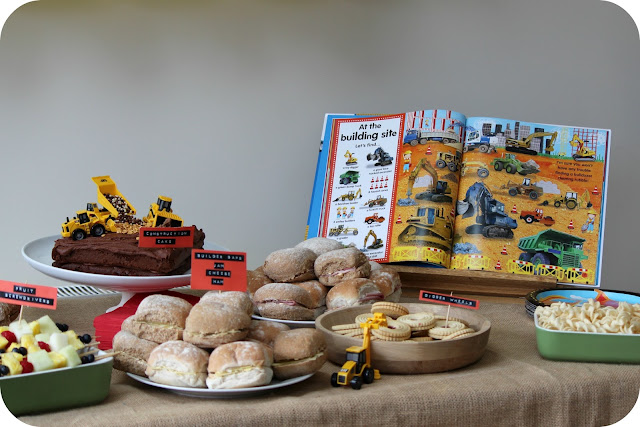 So here's what you need on the building site... 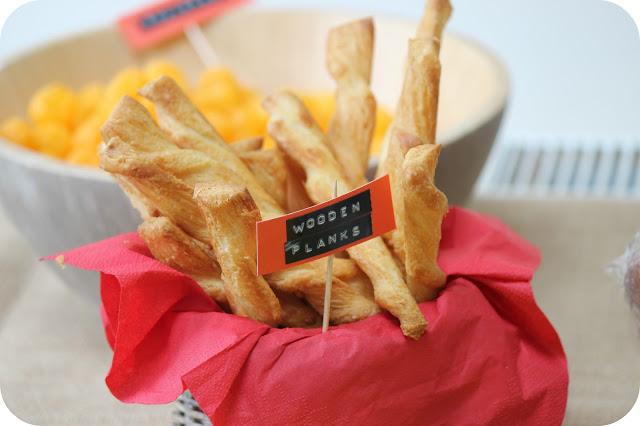 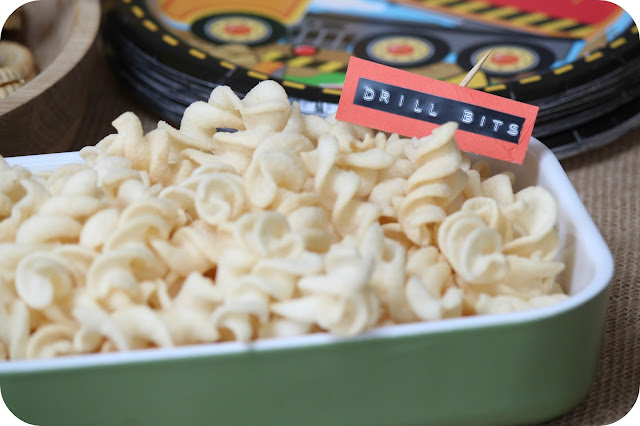 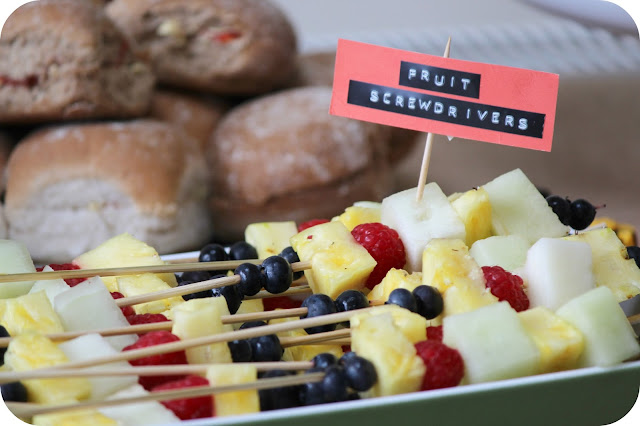 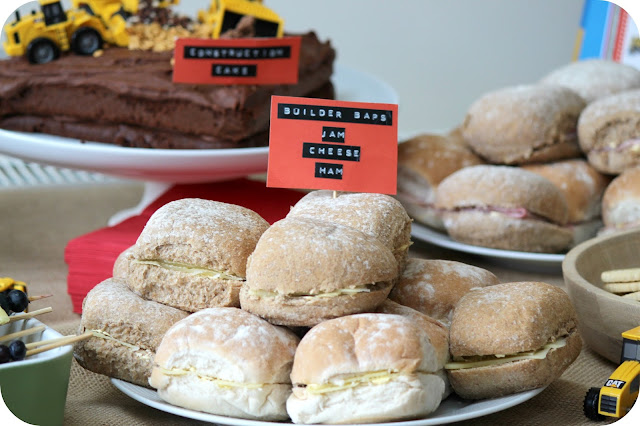 Rubble (aka grapes - halved of course!) 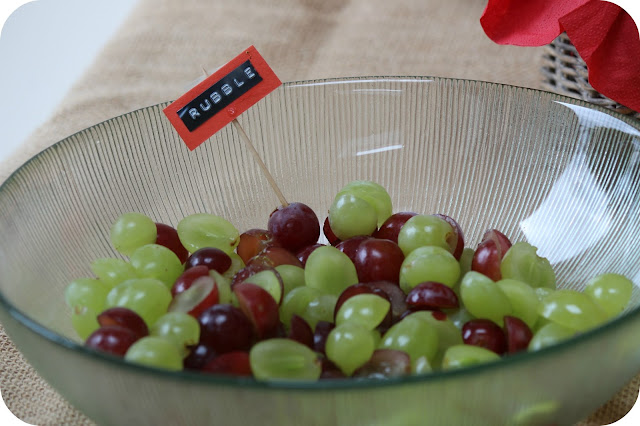 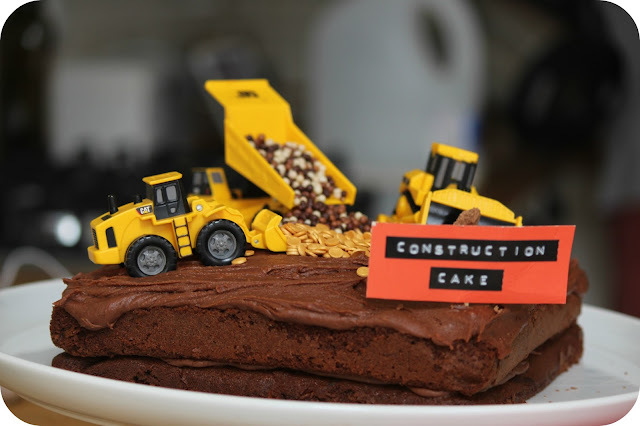 Ahhh... the cake! You may have followed the drama on Instagram stories, but basically I had a bit of a mare. Had NO ideas, and no time and decided I'd just get hold of a Bob the Builder cake at our local supermarket.

Except apparently Bob the Builder cakes aren't the in thing anymore - Peppa Pig, and Minions and even Frozen are - but not good old Bob. My immediate family scoured the supermarket shelves to no avail. So at 9pm the night before, with a little help from my Insta-friends, I managed to pull this out of the bag (or should we say oven!) 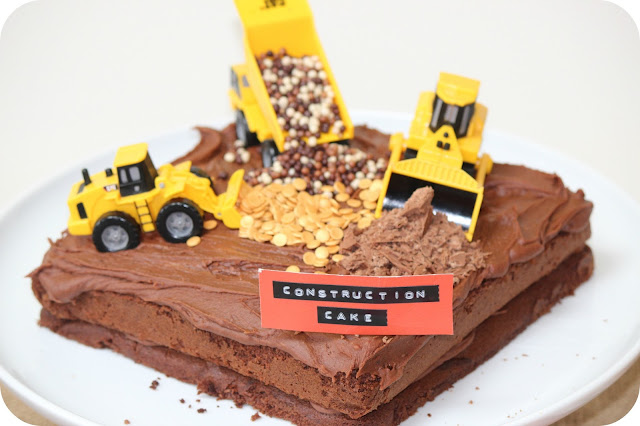 It was super tasty (I will share the recipe some time - chocolate cake recipe like no other!) and went down a treat with our little Jonas and all his little friends! 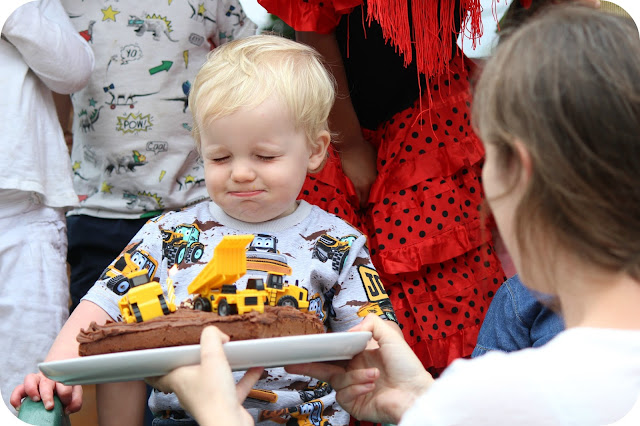 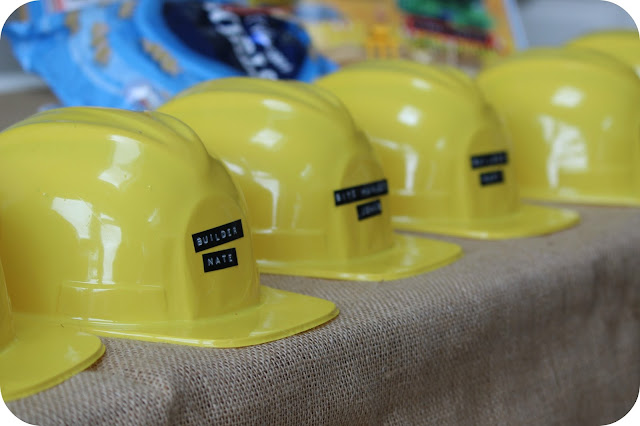 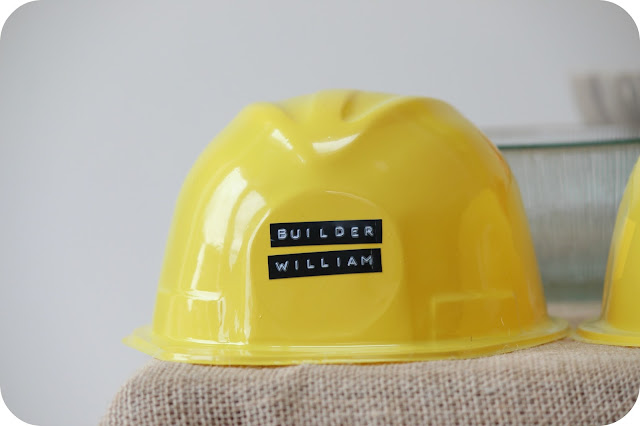 I'm not the hugest fan of party bags... so instead I bulk bought a load of little plastic hard hats and used my Dymo to label them up. Everyone got a builder hat... except the birthday boy... he was the boss of course! 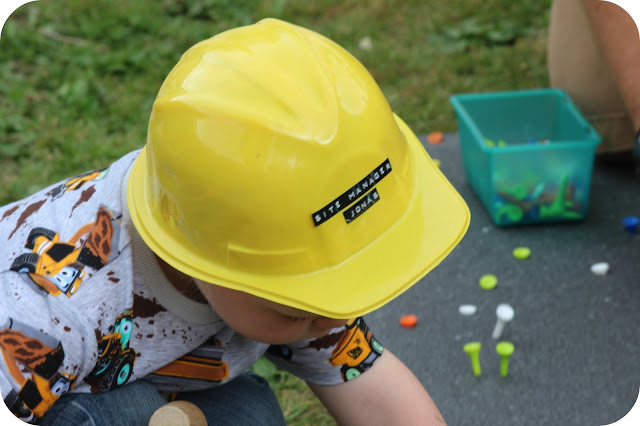 I love this picture... I call these two my odds... my number one, and my number 3. They pair up so naturally and are often found together. I think they look so grown up here... almost like they'll be standing around chatting with their little friend in twenty years time!

Don't grow up too quickly! 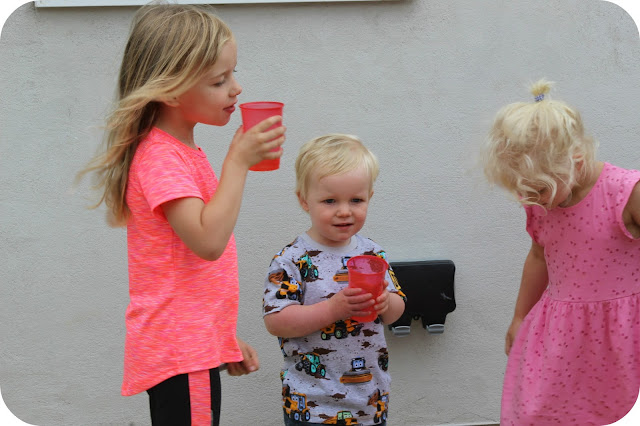 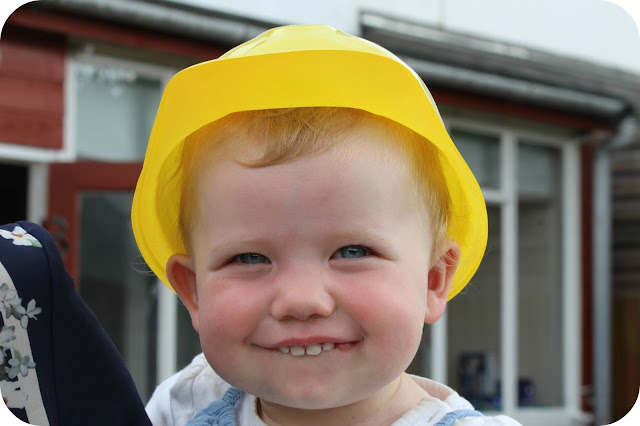 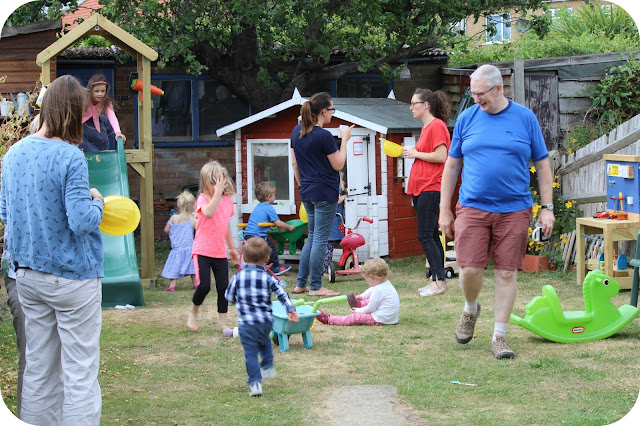 We had a lovely afternoon. The rain held off until five minutes after the party finished (phew!) and our birthday boy had a lovely, lovely time with all his little friends. 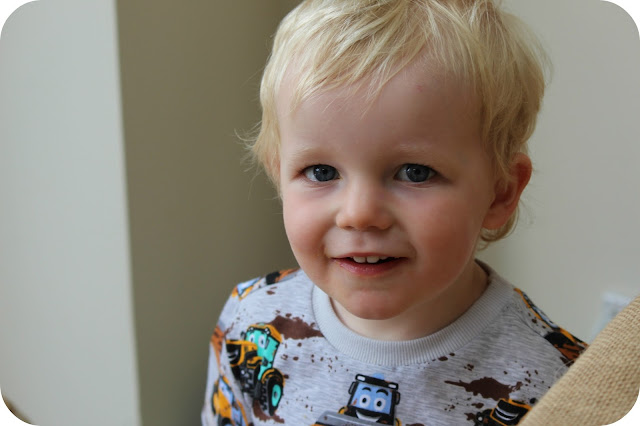 This post is not sponsored in any shape or form... our recommendations are based on our own, personal experience!