Shifts and Changes // Siblings in May 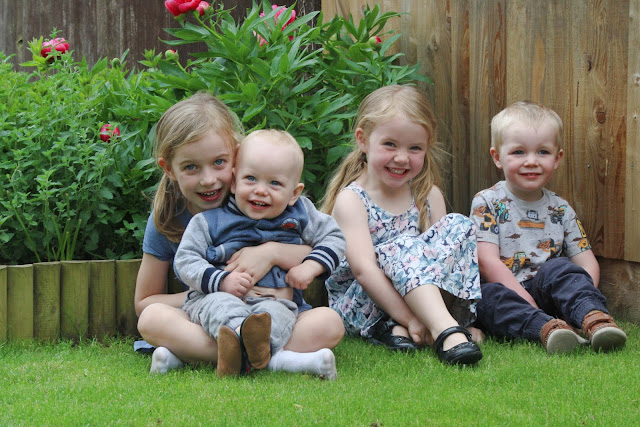 We are now suddenly heading into the "four children" territory. Until now, it has seemed very much that we have had three children and a baby. So while the elder three have spent countless happy (and countless bickery) hours playing together, until recently Elias has not been particularly involved.

Suddenly I notice all that changing, and it has brought the best kind of equilibrium to our little tribe.

I am so glad we decided to have four. 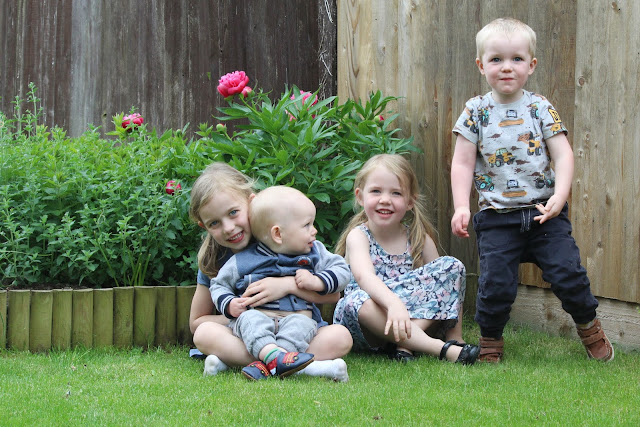 I will never cease to be fascinated by the web of dynamics that take place when you have so many (!) children. There are so many different relationships in play, and I love watching the different combinations forming their own little quirks and identities.

The biggest shift this month has been in the middle two relationship. To say Heidi and Jonas have always had a fiery relationship would be the understatement of the year. They are both strong characters, determined, creative and wonderfully imaginative. Until now, the dynamic has very much been the older sister being frustrated by the younger brother's attempt at joining in and not quite being capable. But suddenly, this little pairing has really taken off. They are often found deep in some imaginative play, ranging from cowboy prairie land to aeroplane adventures to deepest, darkest Antarctica... she is the creative play maker, he the willing playmate. And they are fiercely protective of one another. Only the other day while I was correcting her for something, the angry little brother approached me with hand out; "No Mama! Leave Heidi alone!". If she is sent to the bottom step, another little bottom will sit loyally beside her. It is beautifully endearing and hysterically funny - two reactions I'm trying desperately to suppress while I teach him that sometimes he needs to allow his big sister to receive discipline without her little sidekick! 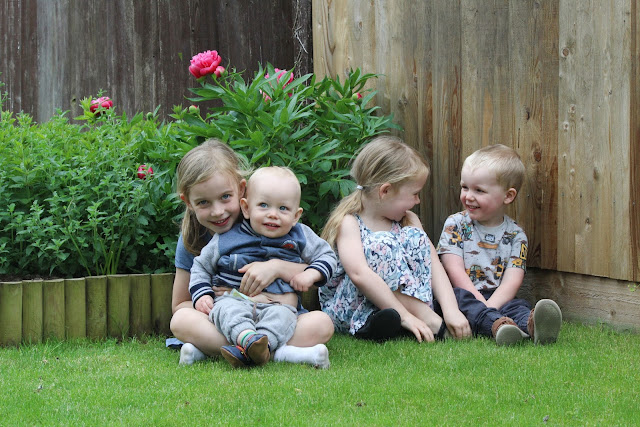 The girls are as tight as ever. They have their squabbles and arguments, but they are creative sparks, bouncing off one another and forever making homes for their Sylvanians, drawing in their oils books and collecting items for their nature journals. Now that they are both readers, books are another joint love for them, and their sticker book collection is a constant source of mutual enjoyment. Increasingly I see Ava begin to break away from the "let's pretend" play, choosing instead to create real life adventures and record it all down. She is an adventurer in spirit and I love that about her. I can't wait for her to explore Norway this year again... though an indoor hibernator throughout the winter months, the summer calls to her and she will choose to dig, create and play in the sunshine until she's called in to bed. She loves a project, and will always enroll her younger siblings as willing partakers in her latest idea.

Elias is still fawned over by them all. He adores his older sisters. They are both smitten with him and real mini Mamas. Heidi adores him and burst into tears the other day at the prospect of him ever growing up! 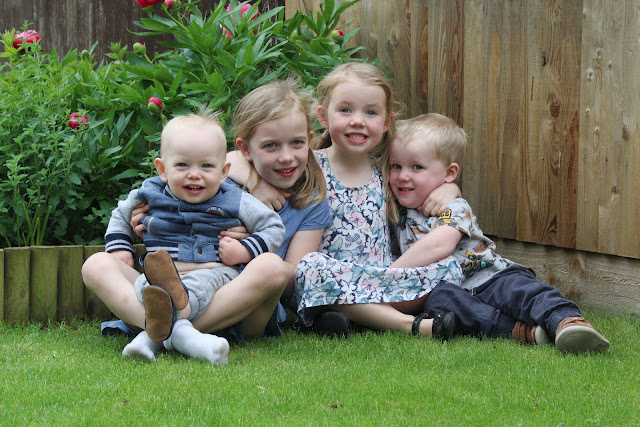 Then there are the boys... I love watching this relationship grow. I have so many happy memories of watching the bond between my girls form when they were small (they were 18 months apart, the boys 21 months, so not dissimilar) and I am SO much enjoying the boys doing likewise. Elias finds Jonas utterly hilarious, and Jonas loves nothing more than making his brother laugh! They are wild and active and super physical in a way that our girls weren't, but they keep my day to day full to the brim, and as Elias begins to cut down on his morning nap, I love giving them space to play and interact together without my direct input.

Of course, managing the dynamic of four is not without its challenges. There are daily squabbles, there is physical fighting (most days there will be a hit or a bite or a shove), there are unkind words... but that is why I am at home, and though hard at times, it is so immensely rewarding to be given the opportunity to shepherd these little lives, to mould hearts, to teach forgiveness and patience and kindness. And as I teach, the teacher is learning. There is nothing like mothering for pushing your own forgiveness, patience and kindness to its limits, and all too often I fail. But I am so thankful for new mercies every morning, for grace in parenting, and for the opportunity to grow myself as I seek to train these little lives.

I'm trying to soak up every moment, savour every second. These little years will be so short. It only seems like yesterday my little Ava was Elias' age. Now suddenly she is readying herself for junior school, forming her own interests and becoming so independent. It does hurt my Mama heart a little!

But it is such an honour to mama this little crew.

My little siblings in May! 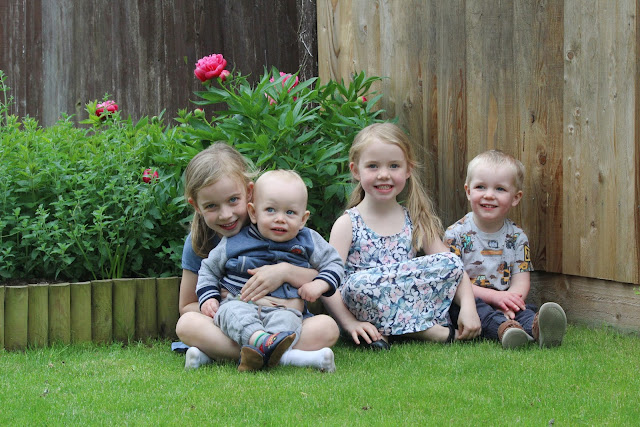