The Wonder of Darkness...

We have had a wonderful weekend celebrating Dave's birthday. Cinema trips and meals out... we have been spoilt rotten (thank you Tesco vouchers!) On Friday night we went to the cinema for the first time in literally years and saw "The Hundred Foot Journey"... we were the youngest in there by about twenty years, but it was an amazing film ... highly, highly recommend it!

On Saturday night we headed out to Zizzi's with the family and enjoyed a yummy meal (that ones another story!) and the girls enjoyed a bit of a late night! We headed off a little earlier than the others as it was WELL past bed time, and bundled the girls up in their coats before heading out into the cold.

We were not prepared for our littlest lady's reaction.

As we stepped outside, streetlights beamed down, candlelight from nearby tables flickered, and there was a buzz of chatter around us. But all of that was not enough for me to notice the little lady in my arms who went completely still as we exited and gasped through a whisper...

I looked at her, and was greeted by a look of total wide-eyed wonder and amazement. She was drinking it in, her little head turning to see, and just gazing, gazing, gazing at the sky - she was utterly mesmerized by the darkness.

And then it struck me... she probably doesn't ever remember being outside in the dark before. As far as this little lady is concerned, outside is always light!

After a long summer, a lot of which was spent in Norway, a 7am wake-up time, and a 7pm bedtime... I realised Heidi probably hadn't seen it dark outside since about February... at which point she was only 11 months old!

We drove home, she giggled in her seat the whole way back calling out "DUNKEL!" (dark!" around every 30 seconds, and just relishing the big black sky outside the window. 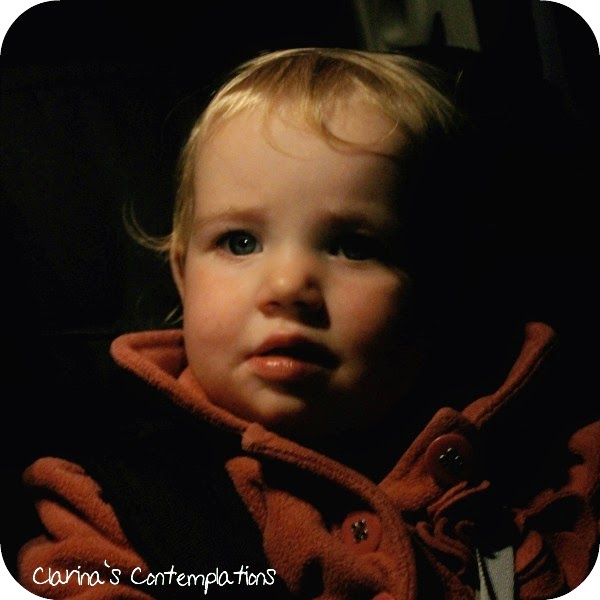 It was just one of those magic moments you want to box up and keep. One of those things that I take so much for granted, but for our youngest, was utterly magical.

The wonder of darkness.