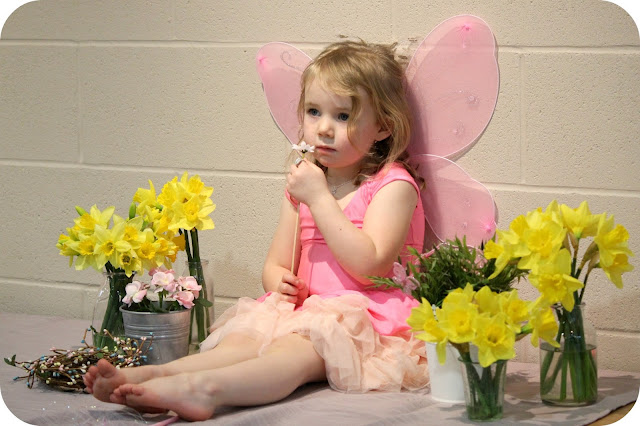 As we approached her fourth birthday, Heidi's brain was already ticking over the theme for her party this year. She's our little creative spark, and had no shortage of ideas - her vivid imagination makes for fun party planning, but also requires some frank talks about what is actually realistic (real fairies might be slightly out of Mama's creative ability!!) Nevertheless, she decided fairly early on that a fairy garden party was what she was after... And so out came the Pinterest board, the shopping on a shoestring and the creative license to use the things we already own to make all her fairy dreams come true. 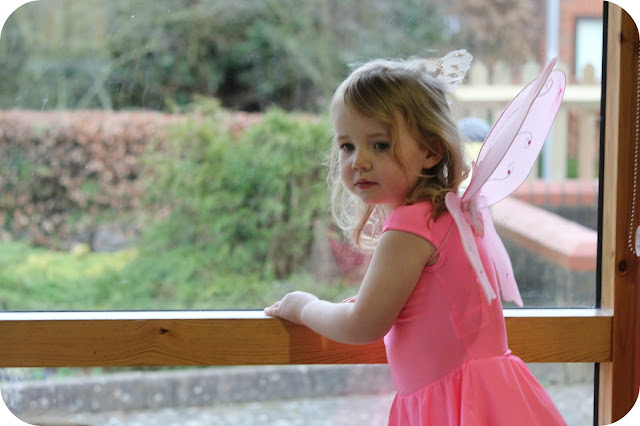 Let me put in a disclaimer here... Party planning is something I love. Having stepped out of primary teaching four years ago, it's the little bit of creative license to go all out that I have three times a year. I thrive on it... I know for some people pulling off a party like this would be super stressful and their worst nightmare, and if that's you? Don't do it! But I put this together in case there are a couple of ideas people want to use and adapt and steal, and sharing inspiration is always a bonus in my book (I'd say over half the ideas I used were magpied from Pinterest!) I also maintain that parties don't have to be super expensive... A lot of the things we did/used were with things I already had lying around the house!

So all of that aside, here's what's we did! 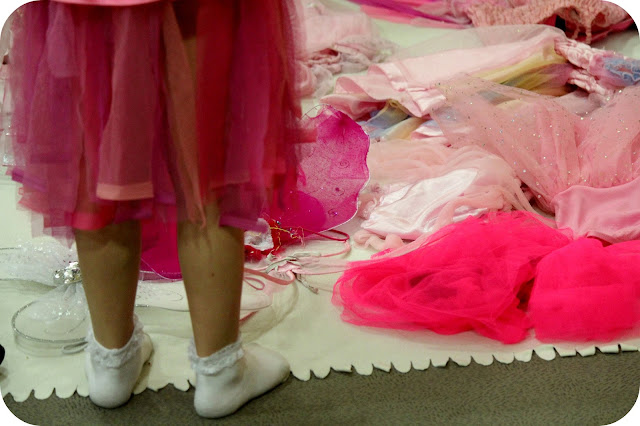 Upon arrival, each little fairy/pixie was sprinkled with fairy dust (good old fashioned glitter, cheap as chips from Wilkos) and then given the option to put on some fairy wings, or a fairy outfit, or something along those lines. A lot of Heidi's little fairy friends came ready dressed, but it was nice to have that option for those who weren't. I didn't buy anything new for this, simply raided our own fancy dress box and borrowed some bits from friends. 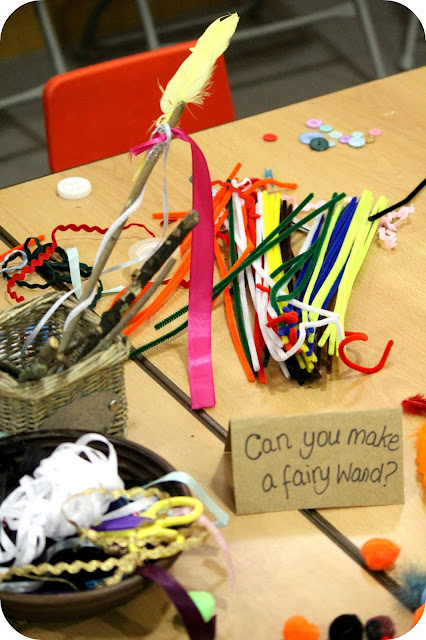 The children then headed off to make themselves a nature wand. Again, this activity cost us nothing. We had spent the week before the party scavenging appropriate sticks from our walk to school, and then I just put out a load of ribbon, feathers, buttons, pom-poms and similar crafty bits for them to decorate at their own disgression! 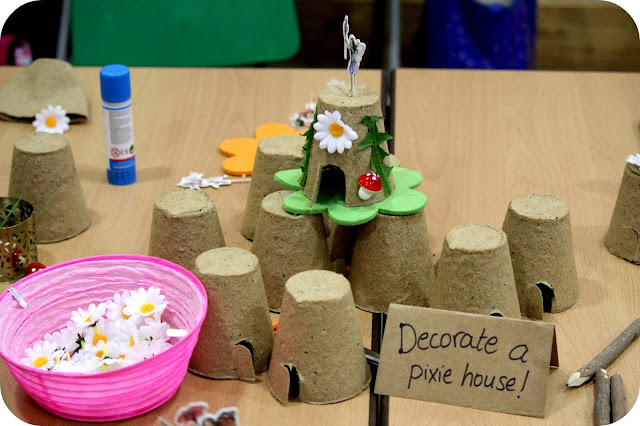 I picked up some little peat pots from the garden centre the day before the party, and again left some crafty bits out for them to decorate appropriately. I had ordered these little cake topper fairies from Amazon and also these daisies too. The toadstools I had bought in Tiger a couple of years ago and they seemed to go down a treat. Lastly, the children and I collected some natural materials from the garden in little pots on the morning - daisies, leaves, grass and such like. This activity went down a storm! 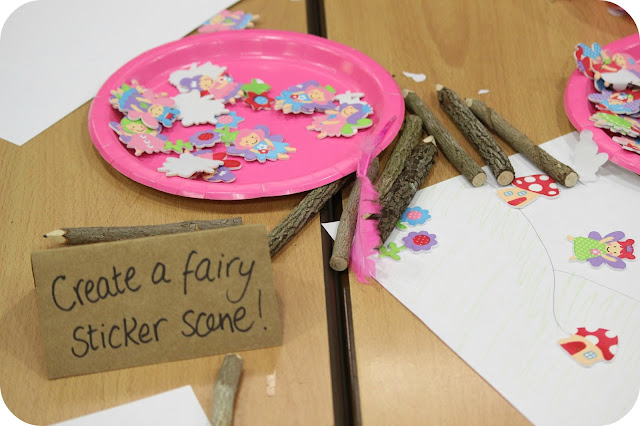 Good old Baker Ross stickers and some plain A4 paper makes for an easily organised activity! 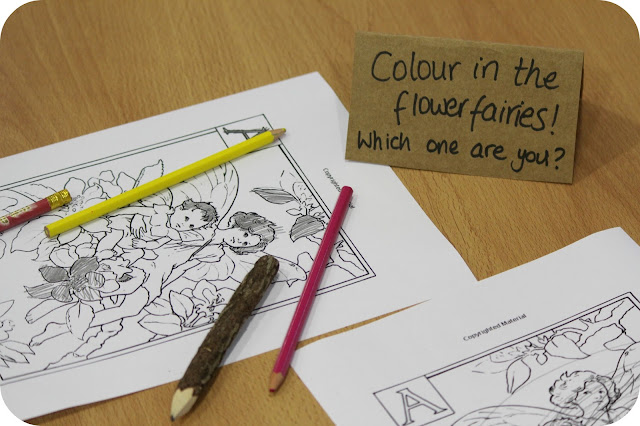 I simply printed some flower fairy illustrations from google images and left out a pile of colouring pencils! Job done! 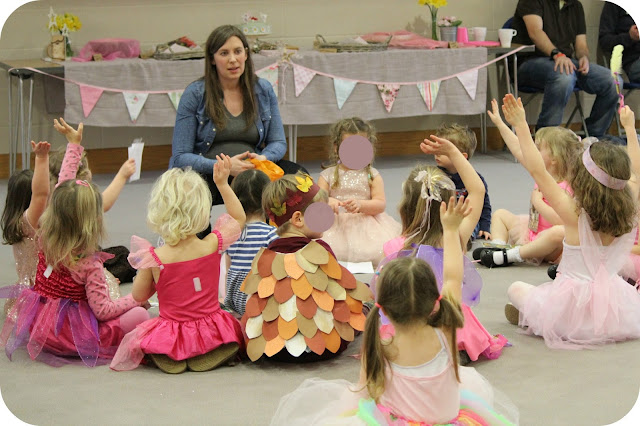 I cut out twenty red circles and painted white spots on them... Voila! Toadstool bumps! Children danced around the toadstools, and when the music stopped, they had to sit on one! I gradually removed toadstools from the floor until we had ourselves a winner! 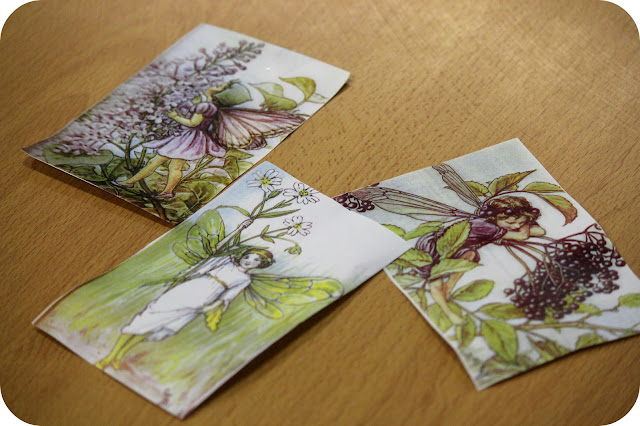 Cicely Mary Barker is the author behind the infamous flower fairy books, and my lovely friend Emelie had lent me some to use as inspiration for the party. I photocopied some of the illustrations and hid them around the room. The children were told to go and find as many fairies as they could, but they were not allowed to collect the same fairy twice... It meant those who were super fast at finding were limited, and those a little slower stood a chance of finding at least one - important when you have some smaller kids in the mix! 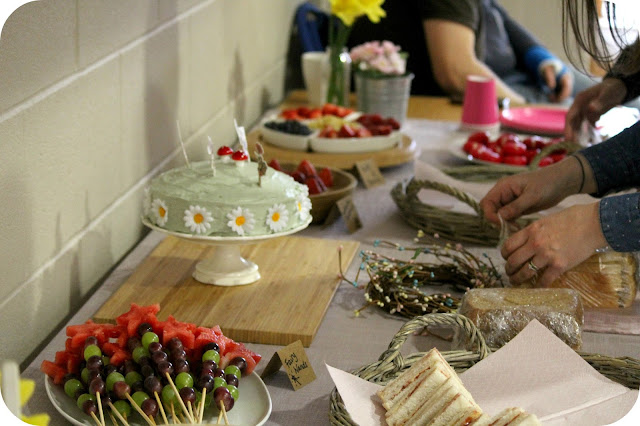 This is the bit where a good Pinterest board comes into play, and I am TOTALLY reliant on other people's ideas. In the end we went for bog standard sandwiches... I had all these inventive plans to use a crown cookie cutter to make fairy princess crowns, but in the end it was just one thing too much (there's generally always one thing I end up ditching due to shocking time management!) 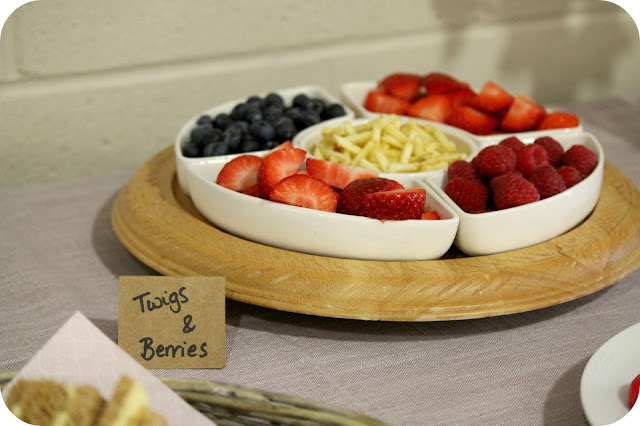 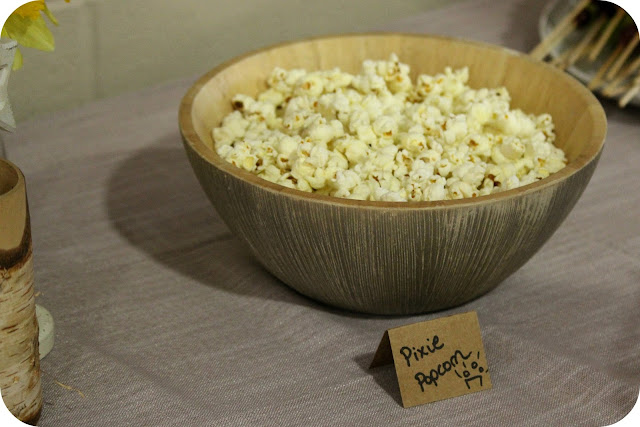 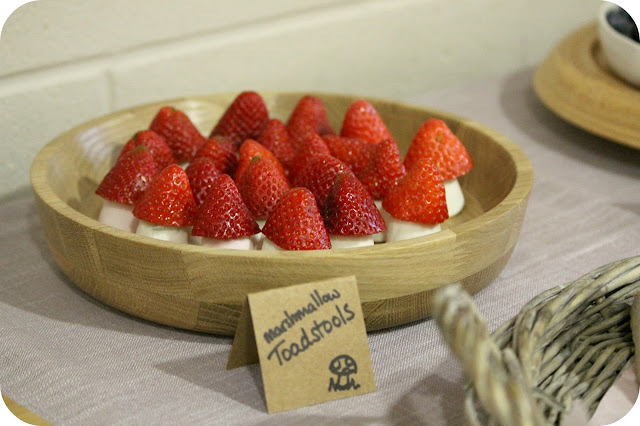 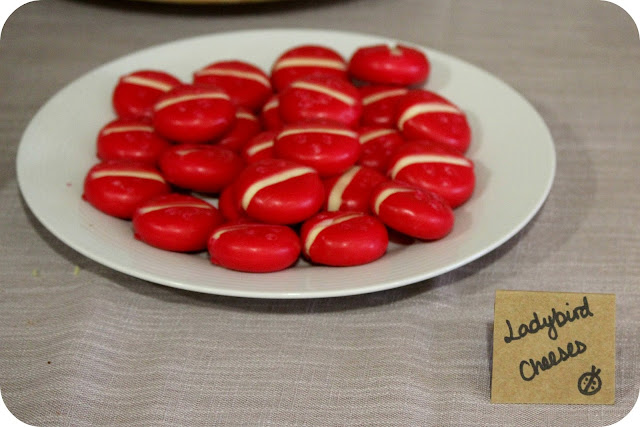 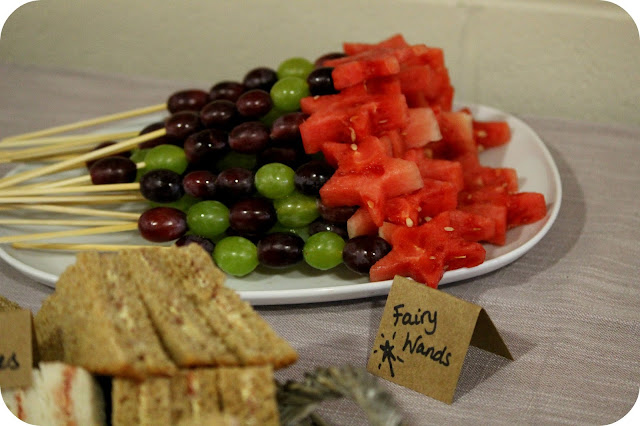 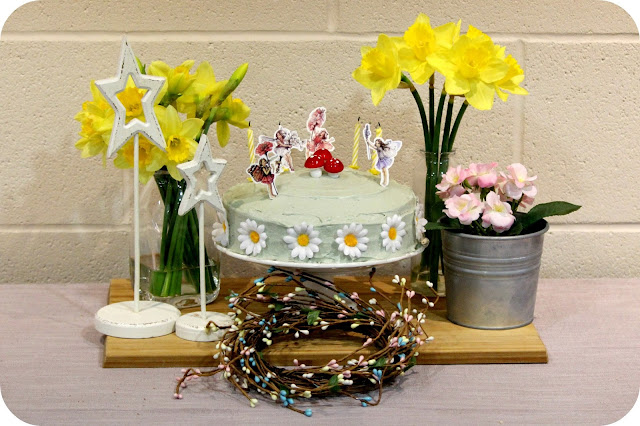 I made a simple, round Victoria sponge and decorated it in green butter icing. I had found these super cute flower fairies on cocktail sticks on Amazon which I used for the pixie houses, and stole a few for the cake, and then used some wired toadstools and daisies to finish it off. It was HONESTLY the easiest cake I've ever done (even Ava told Heidi it was such a pretty cake but that Mama had cheated - the cheek!) 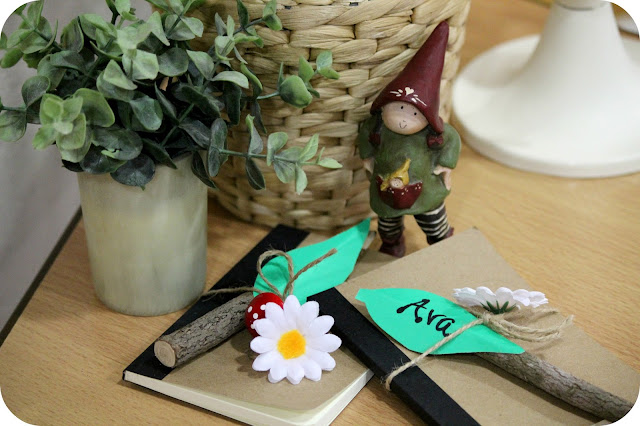 I always find the 'party bag' thing a bit of a conundrum. Let's be honest, who really likes spending money on plastic rubbish that you know will end up in the bin anyway? And yet we all feel the pressure to do the party bag thing! I found these super cute twig pencils on Amazon, and bought four packs of three notebooks for £1 from Tiger.  I spruced them up with bits I already had for the party and voila... 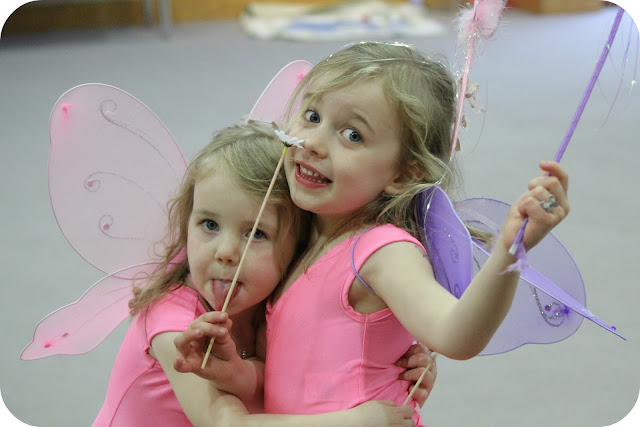 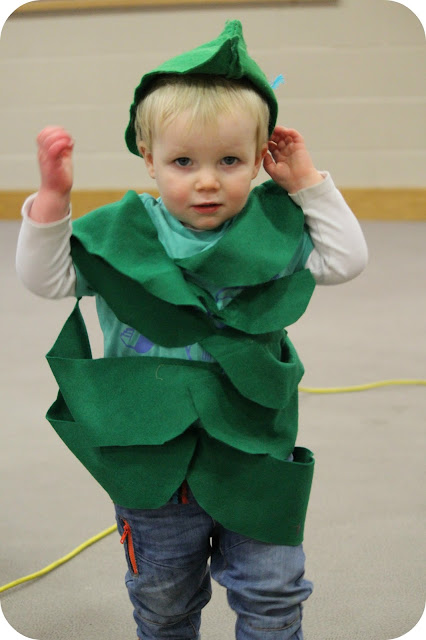