Together At Last // The Moment They Met... 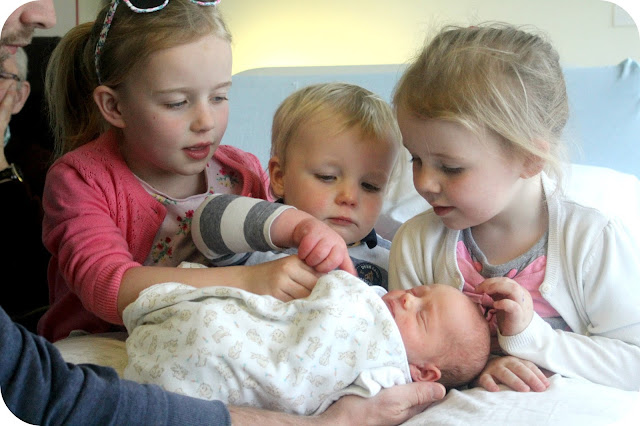 
It was the moment they met - they had waited so long. Their little minds struggling to comprehend the process of time... a Mama who was admitted in hospital... a baby who would come, but hopefully 'not yet.' The girls had made paper countdown calendars at home with their Papa; and I think Jonas was beginning to doubt the existence of this supposed baby.

And then, eleven days earlier than our already very early planned arrival, our littlest addition made an early entrance, and after a weekend of recovering, by Easter Monday we were ready to introduce our little Elias to his big siblings... 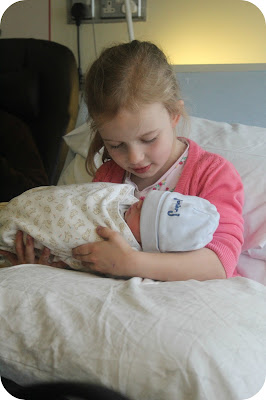 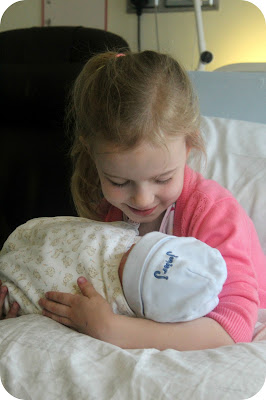 Ava held him first... only five years old, and yet so much experience of caring for younger siblings. She beamed down at him. Our girl who had wanted another little brother "for Jonas", wrapped him up in her arms like newborn cuddling was the most natural and instinctiive thing in the world. She has walked this road twice before with such nurturing kindness and big sisterly care, and takes her responsibilities seriously. I never had any doubt that this kid would continue to be a fabulous oldest sister... 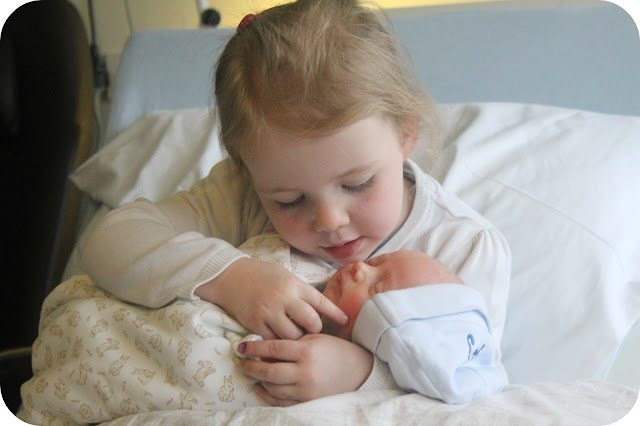 And then came our Heidi... After expressing some initial disappointment that he wasn't the longed for baby sister "I wanted a girl, but it's OK that it's a boy", she fell in love with him the minute she laid eyes on him. Of all the children, she is the one who dotes on him most, the one who will sit for hours, kissing his downy head, chattering away and making up little songs for him. It is as though his arrival has steadied the ship for her, added some equilibrium, stripped her of her 'middle child' role and given her some new responsibility. And she has risen to the challenge, wonderfully so. I'm so excited to watch this sibling relationship develop over the next few weeks and months. 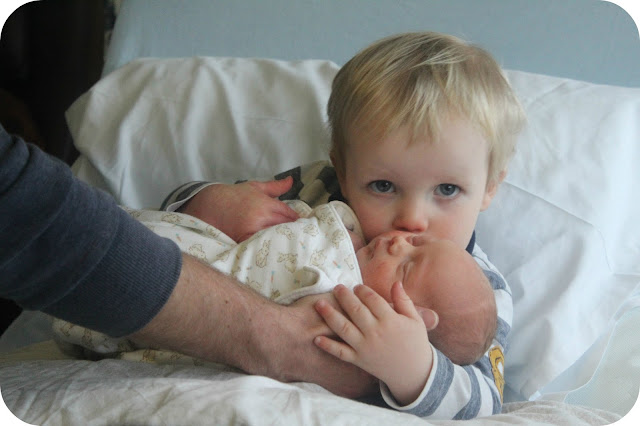 And then came our Jonas. The moment our baby boy transformed into a big boy in front of our eyes. He hugged tight to his "baby Eeyas", planting kiss after kiss on his little brother's face. He has been so sweet with him, asking after him all the time, wanting to be involved, and always wants to check on him if he's sleeping. Protective big brother already. I am SO a thrilled for him to have had another boy, and am excited (and nervous) about the antics and adventures I'm going to have with these preschool boys over the next few years!

We are still in the honeymoon period, Dave is still off, the novelty of me being home is not gone, and the adjustment from three to four has been nothing short of wonderful for each one of us. It's very early days, I'm sure there will be bumps and struggles along the way... I'm seasoned enough as a Mama to know that, but somehow, this fourth and final piece of our puzzle seems to have brought a new balance to our home, and the expected 'upset' for the older ones has yet to rear its head.

Somewhere down the line, I'm sure it will, but for now, I'm clinging hard to the joy of these four figuring each other out, and holding tight to the memories of that first time they met...