15. Resolved, never to suffer the least motions of anger towards irrational beings 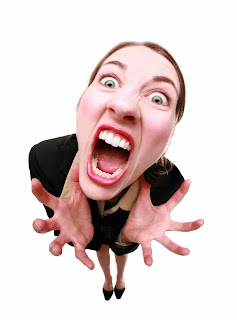 We all get angry at the irrational at times... the kerb you kick because you just tripped over it, the phone you throw down because its talking too long to load something, that necklace that lies in a tangled mess on your bedside table, the clouds that seem to be gathering outside and scuppering your plans.

But we don't just get angry at inanimate objects, but other irrational beings too... the dog who follows its natural instinct for food and heads straight for the dishwasher every time you pack it (!!), the foxes who head for your bins. We get so frustrated and angry with them, yet all they are really doing is following nature's instinct. They are irrational.

I believe the thought that has captured Edwards' imagination is that God would never be angry with (for example) a stray hound, for behaving with the begging instincts of a stray hound. The mutt may be a nuisance to Man, but there is nothing immoral or ungodly in the dog's behavior as he struggles with the rest of nature to survive. Only mankind, created in the Image of God in knowledge, righteousness and holiness, has the capacity to trample upon God's holiness through sin -- and to rightly draw God's wrath. Whenever Man's anger is directed toward irrational beings, Man is no longer behaving as a Godly image-bearer (and is no longer behaving as God's noble Vice-Regent over the created order).

These reflections guide us quite naturally to the Cross, where God's wrath and God's love are poured out infinitely--his wrath upon Sin, received by the Sin-Bearer, Jesus Christ; and his infinite love for sinners whom Jesus came to save.

This week, if we're going to be angry, let us be angry over something that matters--namely, sin and rebellion against our Loving and Holy God. And may our awareness of sin drive us each personally back to our knees--the only fitting position for sinful grace-beggars in the presence of a God who is angry with sin.

So let's not take our anger out today on things, or animals, or rain-clouds that can't help it, but instead only anger at what counts - our rebellion against our maker.