I've been meaning to post this for a couple of weeks now, but hey-ho... life's been busy and I've had other things to get my head around!

Anyway, this is what I've been reading the last month and a half... I've had a total fiction-fest... and have returned to some of my all-time favourite authors... see if you can spot the pattern!

The Fiddler: Beverly Lewis
I'm a massive Beverly Lewis fan... I've blogged before about my fascination with the Amish, and Beverly Lewis, whose roots are in the Amish Plain Culture, is a fantastic author who brings the Amish way of life to life... This story is about a professional musician who, as a result of a car breakdown and bad weather, finds herself stuck in Amish country for a while. Lewis always takes her readers on a journey with the protaganist (Amelia) as this young lady discovers there is more to life than simply performing as she gets to grips with the simplicity of life, and hears the truth about Jesus. As always, Beverly Lewis is excellent and I can't recommend her books highly enough 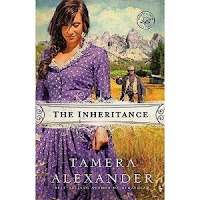 Alexander's books tend to be set in the wild west in the 19th century, and this one is no exception. McKenna Ashford moves to Colorado in search of a fresh start, but finds that things take an unexpected twist on her arrival. Thinks aren't straightforward, but again, McKenna goes on a bit of a spiritual journey, learning to trust God in the face of difficult circumstances. I just love Tamera Alexander's character portrayals and they are just great, relaxing, good reads.

To Love Anew (Bonnie Leon)
This was a Kindle freebie (which I'm gutted to find they seemed to have stopped doing! Anyone know where you find the Kindle limited collection free books now?!) so it was the first Bonnie Leon book I'd come across. It was a really interesting read as it followed the story of two "petty criminals" who get shipped to Australia from London as a result of unfortunate circumstances (being in the wrong place, at the wrong time). I found it fascinating to read, as its an area of history I'm not so familiar with, but it showed how the fresh start in Australia was actually the best thing possible for many Londoners at the time. Really enjoyable. 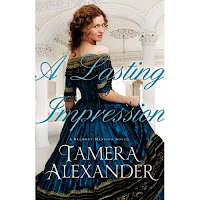 A Lasting Impression: Tamera Alexander
This was a book I borrowed from my sister (books get passed around a lot in our family!) and its pretty different  to other Alexander novels. Its based on a real place and real people in post civil-war America and tells the story of a house, Belmont, and its inhabitants. Its the story of an Art-forger who comes to work at the house, escaping from her previous life, and hoping to bury her past forever... but of course these things are never possible. Some of the lines spoken by the characters in the book are actually lines taken from letters written by the real life inhabitants. A really good read which, although skeptical at first, I seriously enjoyed.

You know sometimes you have books that you go back to time and time again? This series is one of them... Beverly Lewis' Abram's Daughters. It is the story of Leah Ebersol, an old order Amish Girl, and a web of circumstances, deceit and revelations that change her family's lives forever. There are five in the series, and I read the last three, as I re-read the first two again last year. SUCH good stuff and I literally gobbled through all three in less than a week - that's how good they are. If you take away one recommended read from this month, go for Beverly Lewis Abram's Daughters series (the first and second books are called "The Covenant" and "The Betrayal"). CANNOT recommend highly enough! 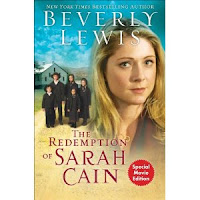 The Redemption of Sarah Cain: Beverly Lewis
Getting bored? I told you I'd had a fiction fest! And I totally stuck to familiar favourite authors these past couple months... This story was great... a really different Beverly Lewis book about a young woman, trying to overcome ghosts of the past, who suddenly finds herself sole guardian to five amish children. The story is about her coming to terms with her past as she learns to trust God and to let go of the chaos of life and embrace amish simplicity. Has also been made into a film (although I haven't seen it!)

Mugabe and the White African: Ben Freeth
I got this book for my Dad for christmas, and, now that he's finished, have nabbed it to get a look in. I just started it tonight, and boy, I can tell its going to be a tear-jerker already. Its about a family of white farmers and their fight against Mugabe in the face of his destruction of their home and property. Pretty hefty stuff, but I think it'll be a good one... I'll update you on that one next month...

Shepherding a Child's Heart: Tedd Tripp
This one was recommended to me by countless people before Ava was born, lent to me by my parents, and then bought for us by friends when Ava was born, so I've finally got around to opening it up. I'm only three chapters in, but already I can see its just so full of wisdom, and I'm being challenged to think through how Dave and I will attempt to shepherd Ava's heart, rather than just produce a moral obedience in her life. We want her to respect and love and give and be generous because that's her heart... not by force or coercion. A tough call, but a great reminder to look to God's wisdom and pray daily for our little girl.

PS - Someone asked me the other day how I get so much reading time... I genuinely ONLY read when I'm feeding Ava (three 20min slots in the day), when I'm in the bath (after Ava's gone to bed!) and when I'm on public transport... (given that I don't have a car, I'm on the bus for at least and hour a week). I LOVE reading, I always have - it is THE most relaxing thing for me, and in the middle of a hectic period of life, is probably why I've gone for the easy-read fiction.

PPS - As you can see, I currently have two books on the go... often the way! I tend to have one "brain" book and one "chill" book. That way I can choose what to read, depending on what mood I'm in... Chill book doesn't mean trash - I try, generally, to read stuff that will help me, and not hinder me, in my fight against the sin of my own heart, but also like to read stuff that is just creative and well written, beautiful and healthy. I can vouch for every single one of these books.

PPPS - for the fun of it, check out this reading speed test - I'm sure its a load of rubbish, but its quite fun nonetheless!

Email ThisBlogThis!Share to TwitterShare to FacebookShare to Pinterest
Labels: Reading