A few weeks back, Ava came home from School with a scone recipe. I promptly filed it and forgot all about it, until Tuesday, when she announced she'd like to bake something, and I wracked my brains trying to think of something, anything I could bake with only the basic ingredients I had in the house. I stumbled across aforementioned scone recipe and it was a dream! 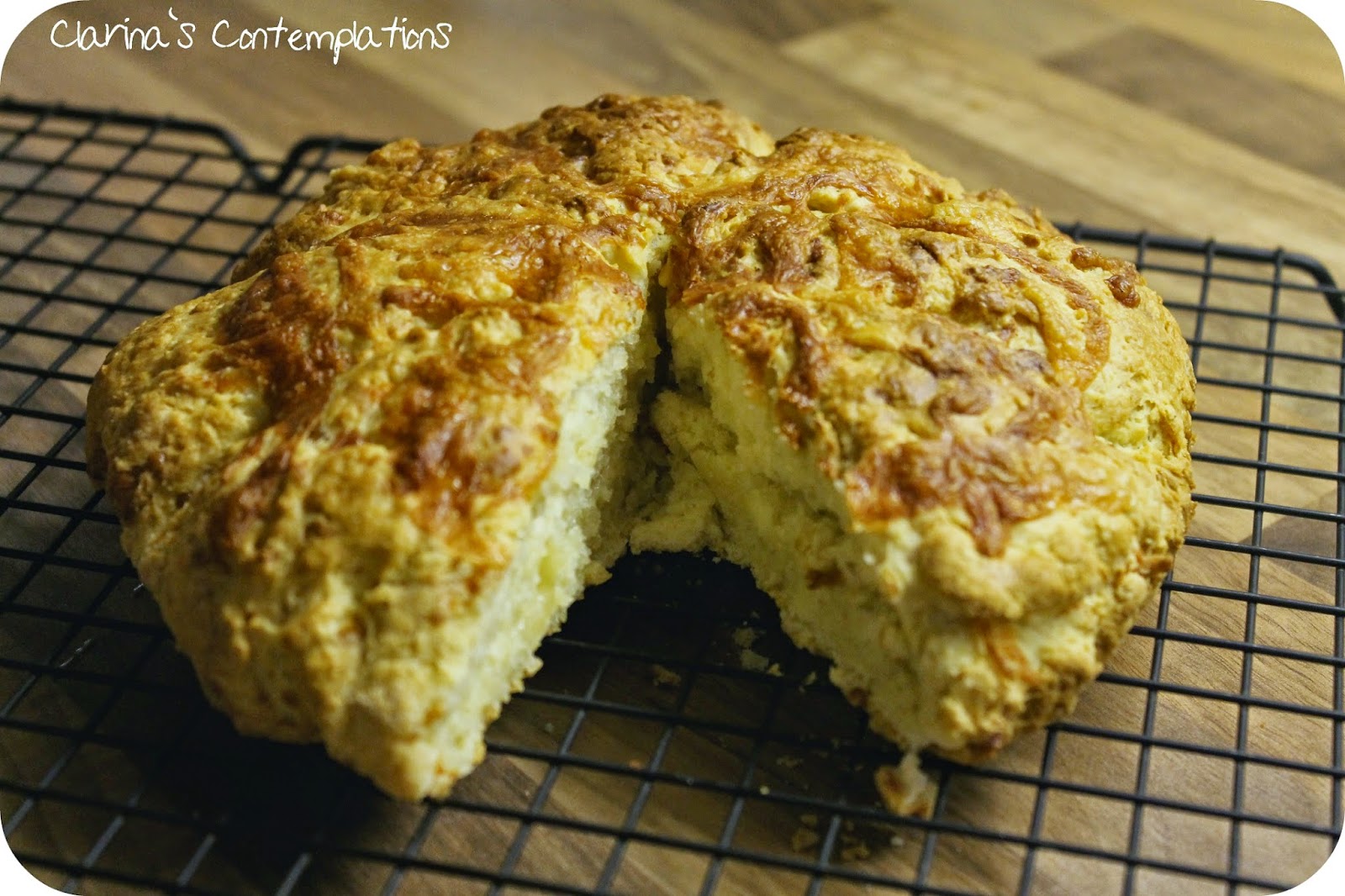 Seriously, like the easiest, yummiest, quickest recipe I think I've EVER come across.

It took us less than ten minutes to throw together, was so simple that Ava managed to do all of it herself, and it tastes DIVINE (especially when eaten straight out of the oven with a bit of melted butter! 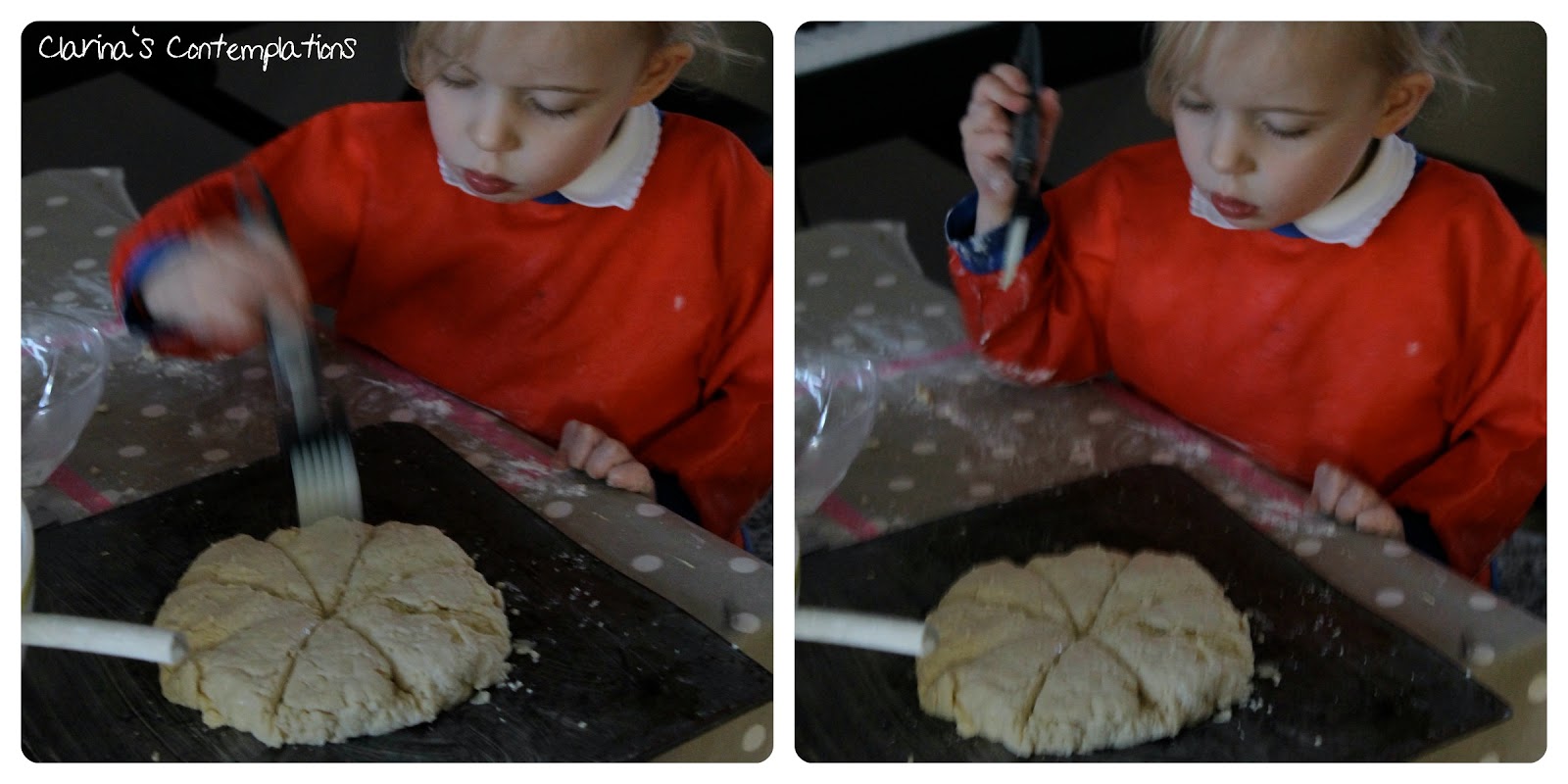 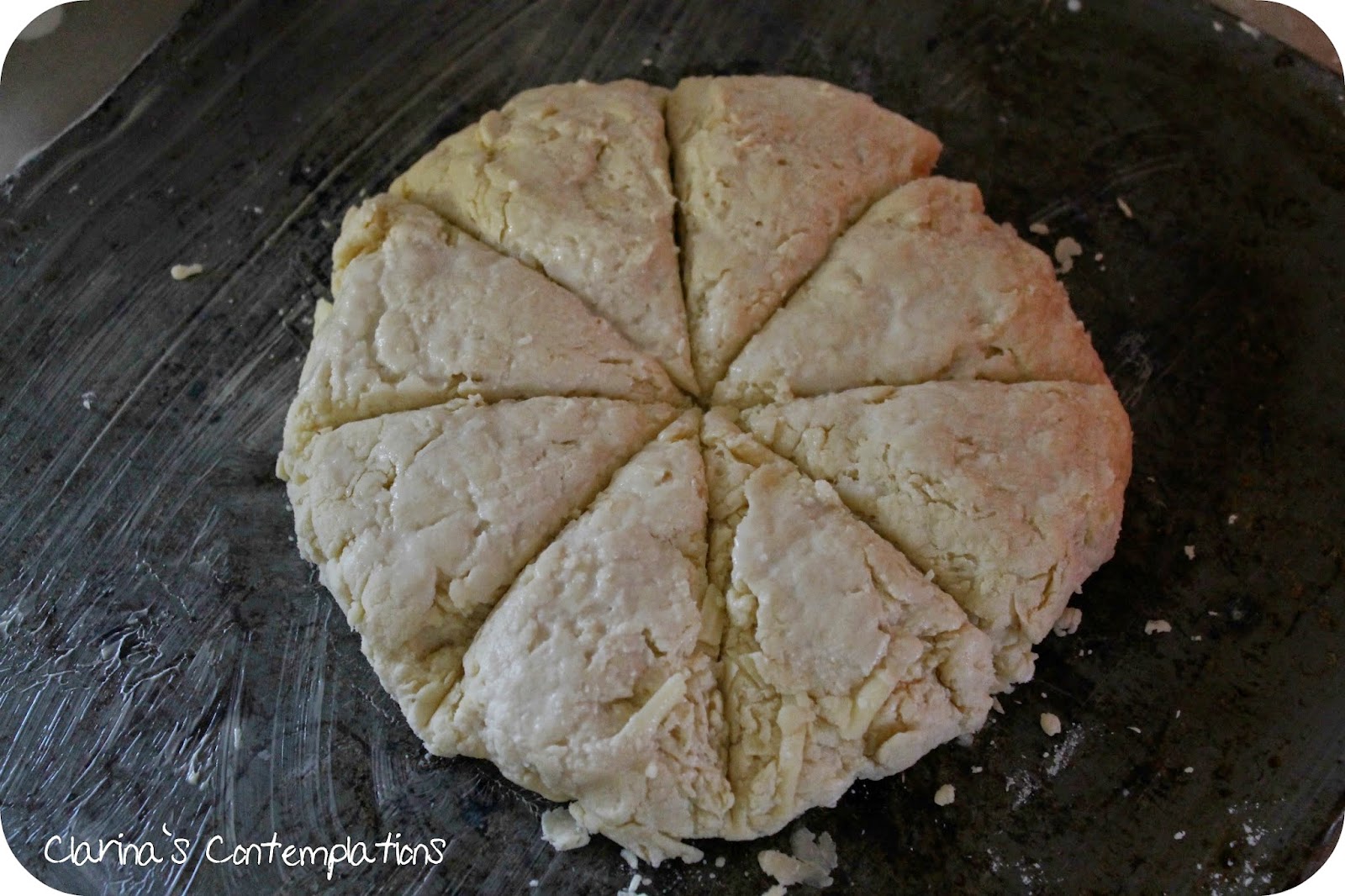 Step One: Rub together the butter and flour to make breadcrumbs
Step Two: Add the cheese (leave a little for sprinkling later) and mix in before pouring in the milk
Step Three: Stir the mixture with a knife and bring dough together to form a ball
Step Four: Flour a clean surface and place the ball of dough on it. Flatten the ball to about 3cm thick.
Step Five: Place on a greased baking tray and cut into 8 pieces (as above)
Step Six: Brush with milk and sprinkle with the remaining cheese. Place it in oven. Bake for approximately 25 minutes
Step Seven: Devour... it's delicious!
Posted by Clarina1985 at 06:00

Email ThisBlogThis!Share to TwitterShare to FacebookShare to Pinterest
Labels: Recipes