This is lady is seriously into her letters. Aside from sticker books and playing "Mums and Dads", her favourite thing in the whole world to do is play with letters. She has, since she was very small, been fascinated by scrabble letters, and has spent hours (literally) sorting the Bananagrams letters into piles! Currently, one of her favourite things to do is sit down with a good book and copy it out.

Yes, you did hear that right!

I haven't been one to push this. She will get plenty of letters and numbers at school next year, and while she loves letters, she's not that interested in reading words for herself yet... she'd still rather be read to, or simply make up her own stories, but now and again, its fun to encourage this little love of hers, and the other week, I discovered the perfect activity over on Pinterest to do just that!

A little game, involving discovering opening sounds of words, that had her hooked for well over an hour... and as promised, I said I'd share a little weekly activity we have been doing at home. One which is quick, easy, but is made of general household bits and bobs and involves only materials you would have lying about the house. 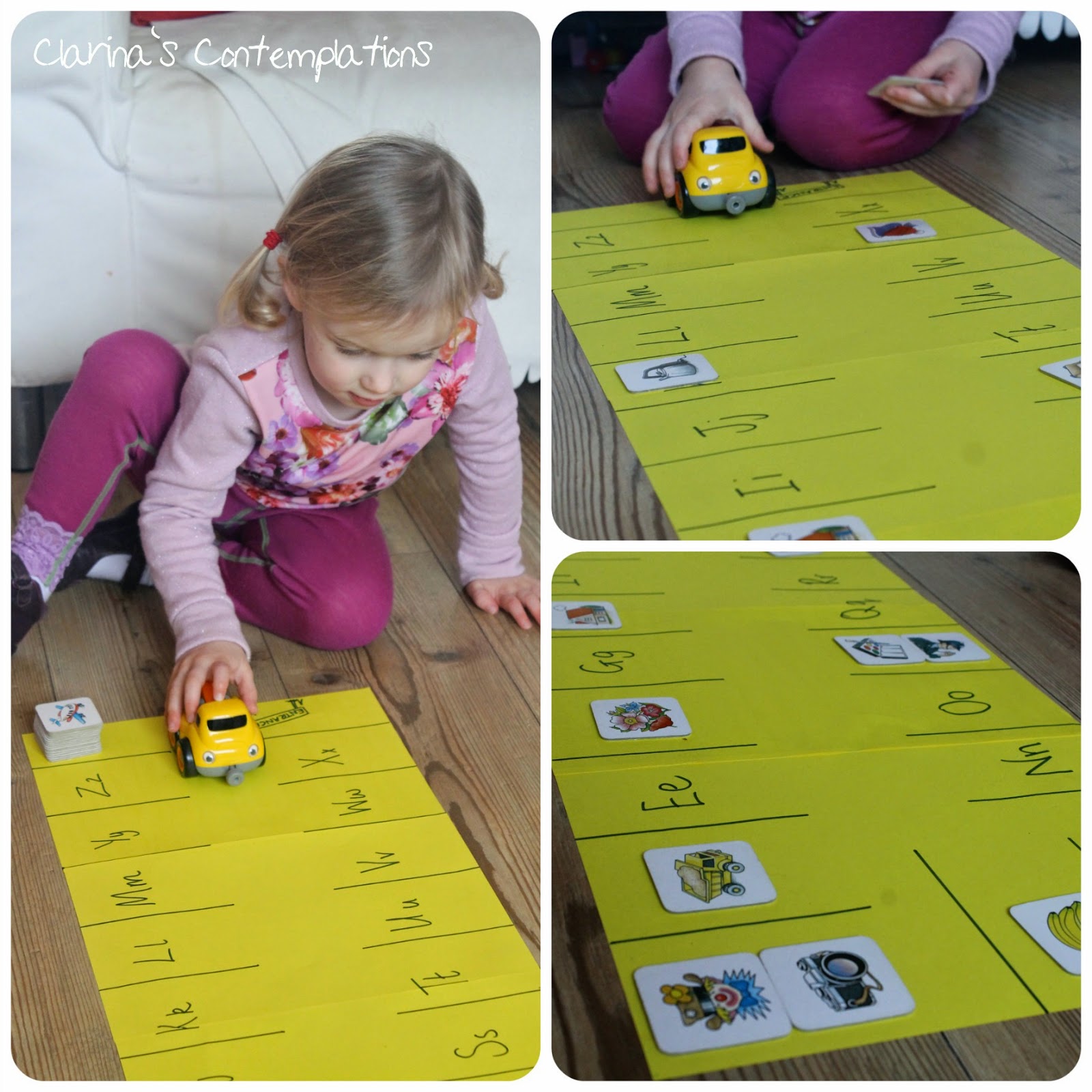 You need:
Paper
Pen
Sellotape
A toy car
Picture cards (flashcards/pairs cards? But they must not have the word written on!)

How to play...
First off, I stuck some sheets of paper together and drew a big car park with 26 spaces... One for every letter of the alphabet. I wrote each letter in its upper and lower case form in each of the spaces, then parked the car, and a huge pile of flashcards, at the entrance to the "Car Park".
When Ava arrived, she took the top card, read it out, and then sounded out the opening letter. She then drove her little car around the car park and parked it on the correct space.
You could adapt this as the child develops more complex pre-literacy skills too, by identifying the last sound of the word, or by losing the cards altogether, and instead thinking up your own words beginning with each letter of the alphabet.

It was a really fun game: Ava played with it most of that afternoon, and has asked to play with it again a couple of times since... Educational, fun and colourful.. What more does a three-year-old want?!

Do you have any top tips for letter games??! Please leave them in the comments below!
Posted by Clarina1985 at 00:00