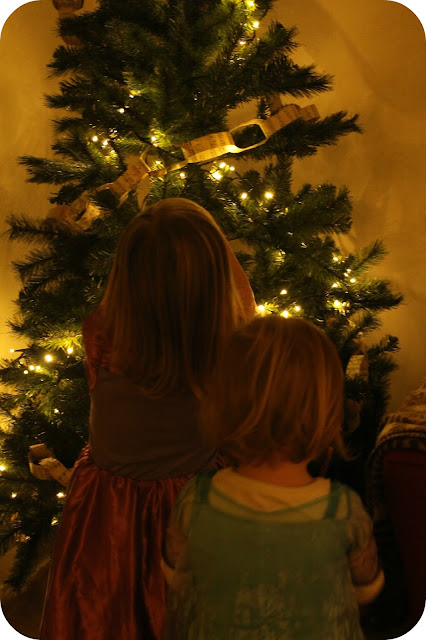 Two years ago, I finally gave in to the decision to buy a fake tree. It hurt a little bit... its all about the scent, you see. I'd really rather have a tree that doesn't shed needles, and the fake trees these days look so realistic that you could almost believe they were real (apart from that they're slightly too perfectly symmetrical) but its that fir smell that lacks when you have a fake one... and saying goodbye to that scent did break my heart a little bit!

But with three small children, it really does make sense to have a fake one... and I discovered a candle which totally smells of christmas tree, and has totally won me over to the whole fake tree thing! So last Saturday afternoon, we braved the attic, got down the tree and its billion-and-one decorations, put the christmas music on, lit the Christmas tree scented candle and off we went. 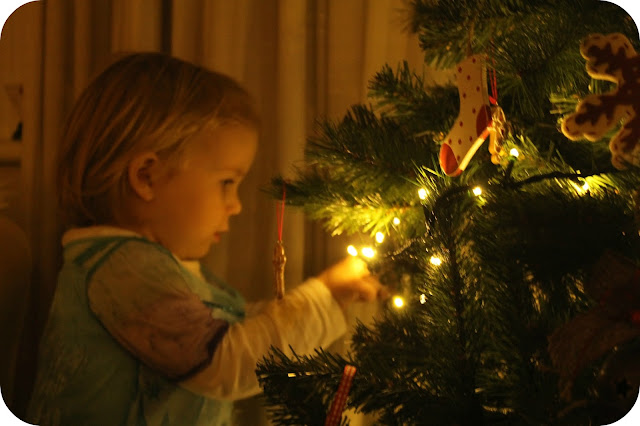 We let the girls do the decorating... they were so excited! I had it in my head that I would let them decorate it, and then repair the damage once they had gone to bed. But I totally didn't need to! They did an amazing job, and aside from moving a few decorations higher up the tree (it was a little bottom heavy) I have left it just as they did it! 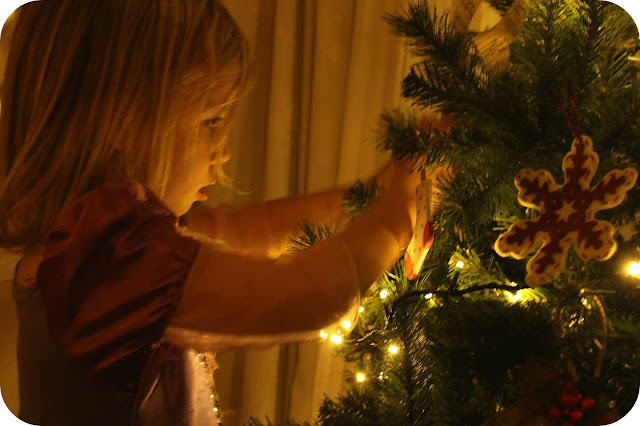 Of course, the girls had an audience the whole way through... the boys sat on the sofa and watched, and even Bestamor and Bestafar from Norway got in on the spectator action! 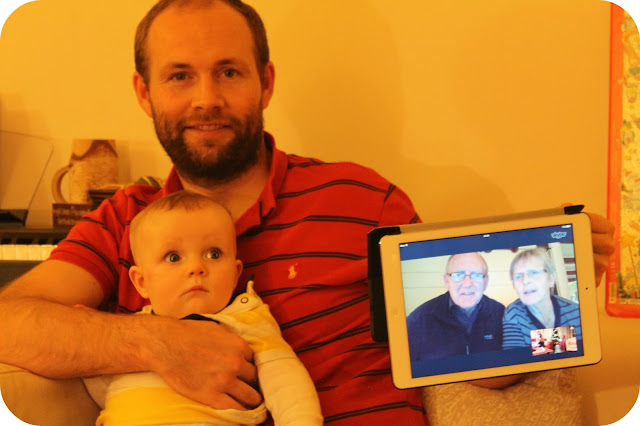 We are so excited about our first Christmas with this little man... he is at such a lovely age - mesmerised by the lights and decorations, and always entertained by his big sisters! 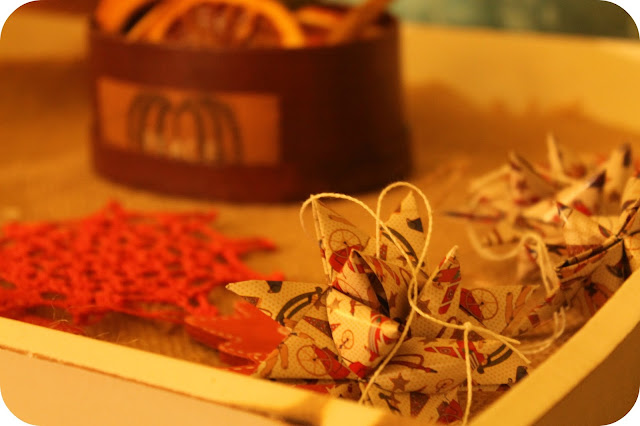 After all was decorated, everyone hit the sofa for a christmas movie... and I totally skived on dinner and we got fish and chips.

It was just one of those days, you know?!

Let's just say there were no complaints!

Any of you been won over to the fake tree side? Or are you all hard-core genuine tree-lovers?!
Posted by Clarina1985 at 06:30