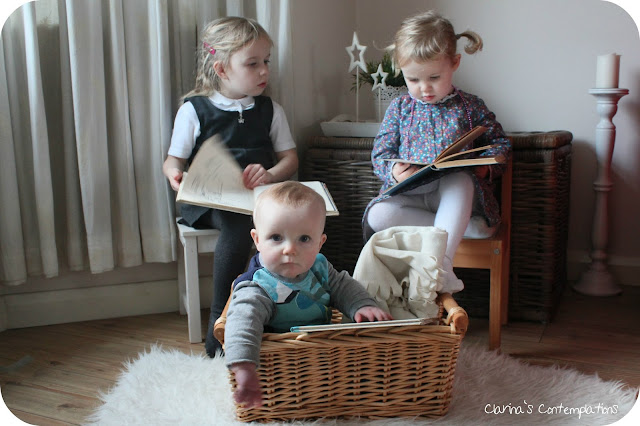 A new year. Our first new year as a family of five... and these three of ours are getting into the groove of being a little trio now. Jonas is no longer the baby who they'll fawn over for a few minutes before going off to make their own adventures. He's gradually becoming more and more a part of their little team himself.

I don't lie when I say no-one can make him deep-belly-giggle like his sisters can... 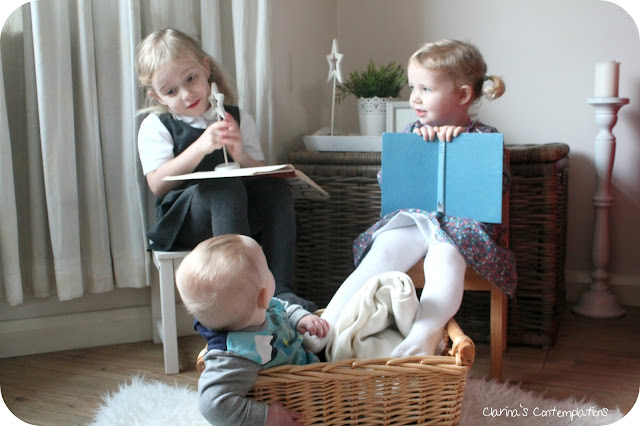 After the holidays, its taken a little while to adjust back to the younger two being on their own again. Ava is very much the team leader in the play dynamics... Heidi has her opinions (strong ones!) but she has always needed Ava to take the initiative in the games. Slowly, she's realising she needs to take on that role herself if she wants to have any fun while her sister's away at school. And she should make the most of it... I'm not sure how long Jonas will be willing to just "go with the flow" in the play department... at the moment, he's the most accommodating little play buddy!

This Bubba of ours... so chilled and relaxed and laid back. He really is a delight to us all, and the girls are enjoying the fact that he can be a bit more of a "prop" in their games now. He makes a great "baby" in "Mamas and Papas", he's a pretty dashing Prince for any Princess who needs someone to dance with, and he'll be a very obedient pupil for any school teachers who fancy an easy class!

I am loving watching the dynamic change from month to month. I remember so well how I worried when I was pregnant with Jonas, that adding a third to the mix would somehow ruin the little bond that Ava and Heidi had going on.

I couldn't have been more wrong... he just joins in with all the fun.

My little brood in January... 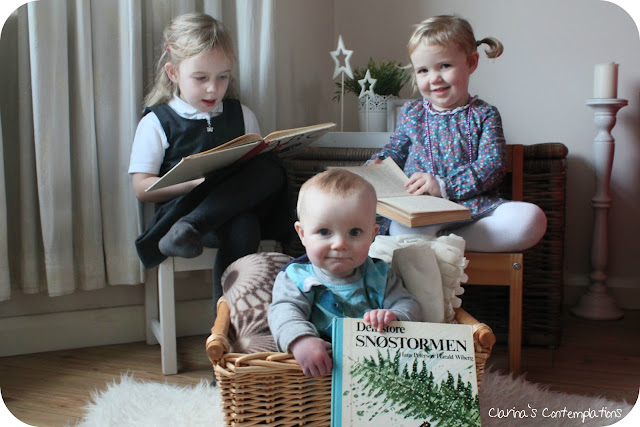