Words and Silence // Reflections on the Referendum 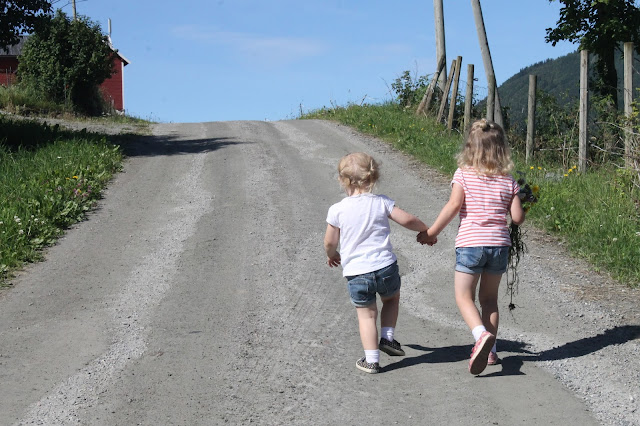 "I've begun to realise that you can listen to silence and learn from it. It has a quality and a dimension all its own."
- Chaim Potok, The Chosen -

Words have always come naturally to me... They flow easily off my tongue, out of my pen or scribbled on a scrap of paper. They are my friends... They help me to understand the world, to process my struggles, to preach truth to my heart. They are my best form of expression, and I suspect they always will be.

But words have failed me of late.

I have struggled internally, externally... In every sense... As I have watched events unfold on the national stage this week.

I want to have words... To give voice to my fears, my disappointments, my struggles, in a way that is robust and has authority.

But I don't have them.

I just feel a little bit broken and sad. Sad for what might have been.

You see, we are a multicultural family. In our home, three European languages are spoken fluidly and fluently. Culture is embraced, diversity celebrated, unification cherished. Our home would probably not be a multilingual home if it wasn't for the EU... That's because without the EU, my German teacher would probably have never ended up in a little English school, telling stories of the nine languages she spoke and inspiring us to follow suit. Of the nine languages, 8 of them were European, and most learnt in the native country... One of the perks that freedom of movement brought. No visas necessary... The ability to move and work across a number of countries. I would not have pursued a languages degree without her.

Freedom of movement made it easy for me to go out to Austria and spend eight months working in a Kindergarten. I could have got a student working visa for those eight months.... Except I didn't stay eight months in the end, I stayed eleven... The extra three months possible without needing to extend visas or place applications. I felt welcomed and at home, not a stranger needing permission to stay. Those last three months were what cemented my language, and bore the dream of one day bringing my own children up bilingual.

These past few days I have felt much more self conscious of my German language. As I have walked the streets with my children, their chatter, my chatter.... German words flowing out... I have felt aware. Aware of myself in a way I have not felt before. Do people wonder if I'm allowed to be here? Do they wonder if I'm going to head back to Germany where they assume I belong?

You see, here in our little house, leaving the EU feels a bit more personal.

So I have needed to pause. Take stock. Draw away from my initial reactions on social media and get my head around this seismic shift that has left me feeling uncertain and sad for my children's futures.

Of course, I'm worried about the economic implications, I'm worried for the funding that will disappear for some of the most deprived areas of our nation, I'm worried for all the things that "Project Fear" predicted, and which are now increasingly looking like "Project Reality"... I'm devastated at the news of racist attacks seemingly on the increase... I'm anxious about the political future of our country with party leadership which seems to be imploding. But I'm also sad for the smaller things... The missed opportunities...

You see, it's now quite possible that my children will not have the same freedom to go and work abroad with the same ease that I had. Despite their three languages, my children will perhaps now be viewed differently by their European counterparts... Brits are perhaps more to be carefully handled than treated as friends...

I have many friends who voted leave... And though I disagree with them, I respect their right to vote for that which they believe is best for our country. My sadness about the events of Thursday and Friday is not an attack on anyone else's viewpoint...

It is just a mourning. Of what I have known and loved, of what will now not be... Of the opportunities my children will miss... And of the relationships with many dear friends on the continent who are disappointed that we have abandoned them to sort out a system which isn't perfect, but which is seeking to make our continent a better place.

God is sovereign. I am thankful for that... I am thankful that I can hand all my fear and uncertainties over to him and know that my identity is totally secure in him. He holds the whole world in his hands.

But deep down, I can't help thinking that we've made a dreadful mistake.

These words...they don't convey what I want them to... They are confused and weak and a little lost.

And so I step out of the silence, and take my confused, broken words to THE Word... The one who speaks his perfect words over a broken world.

And pray earnestly, Lord, help me trust you...