Lessons from Sigmar // In Memory,,, 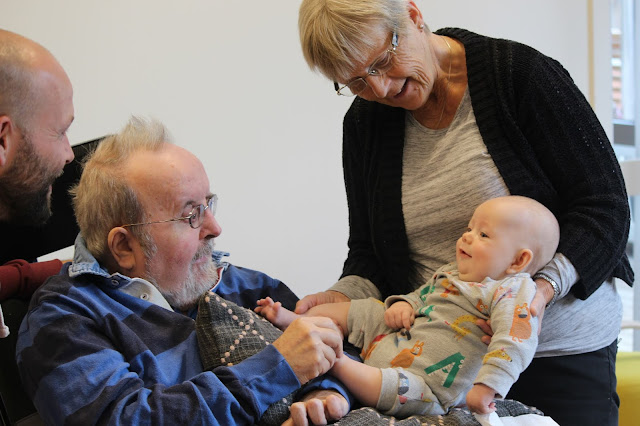 He was 65 years old, and after a tragic accident in his twenties which left him paralyzed, spent thirty-five years in a wheelchair and without his short term memory. He spent his days under the eye of carers, never leaving the town he lived in, unless it was for a hospital stay, and needing help with the most everyday tasks. Yet despite all this, his positive impact on those who knew him was enormous.

HE MODELLED HOW TO LAUGH IN THE FACE OF SUFFERING

I had the privilege of first meeting Sigmar in the summer of 2007 when I travelled out to Norway to meet Dave's family for the first time. The thing that first struck me was his wit... despite all he had lost, he had the most wonderful sense of humour. Listening to him rallying banter too and fro with my husband was a joy and a delight, and a source of much genuine laughter. I was always amazed by his quick responses and witty comments, which seemed to make no sense in the light of his memory difficulties, and his ability to remember every date of significance before his accident was utterly astounding. He was a truly clever with words, and despite losing his short term memory, was still able to converse with me in both German and English, as well as his native Norwegian, which was pretty impressive! On regular occasions, he and Dave would break out into a rendition of The Beatle's "Yesterday"... I don't think I'll ever hear that song again without thinking about him. 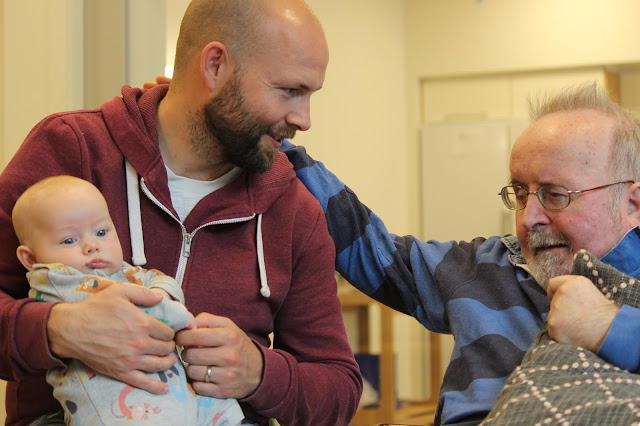 HE REMINDED US TO NEVER TAKE PHYSICAL ABILITY FOR GRANTED

I remember Dave saying to me once that he reckoned his love of walking stemmed from his Uncle Siggy... growing up as a child and recognising that your Uncle would give anything to be able to stretch his legs and do physical activity probably does have that impact on a young person... its shaped Dave hugely, and I love the fact that it is shaping our children too. A sense of wanting to savour the physical abilities that are so easy to take for granted when you know someone near and dear has lost that ability forever.

HE SHOWED THAT GOD IS ENOUGH, EVEN WHEN YOU APPEAR TO HAVE LOST EVERYTHING

Sigmar's faith was evident in the day to day. He was a truly thankful person. There was no ounce of bitterness in him at all. He was thankful for people, for the creation around him, for beautiful sunny days and thick white Norwegian snow. His attitude of gratitude was so humbling - no one would have blamed him for being angry or bitter... and yet somehow through the accident, the Lord had changed Sigmar's heart to be full of joy to "my Lord and Saviour Jesus Christ". He was a wonderful person to be around, because you couldn't leave his presence without a new sense of perspective and thankfulness. 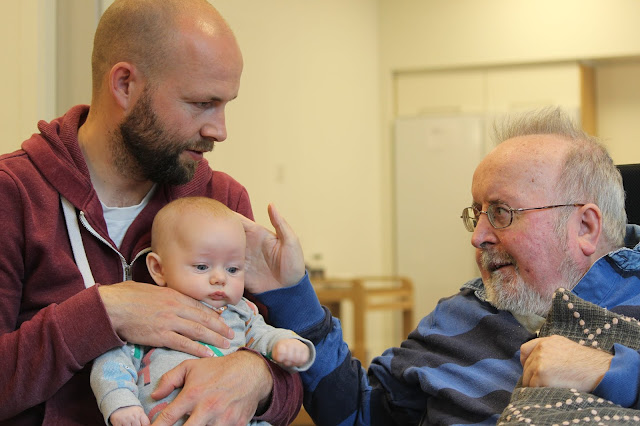 HE POINTED US TO THE HOPE OF HEAVEN

We delighted with Sigmar at the prospect of heaven - at the hope of being with his Saviour, of running free - of a body that worked and functioned, and a mind that could stretch beyond the limits of his disability. Heaven will be pure joy for all who belong to Jesus, but for Sigmar the joy will run so very, very deep... as conversations have unfolded with our girls in the light of his death last week, he has helped, once again, to sharpen our focus on the new creation, and long for all that Jesus promises us.

Today as friends and family gather for Sigmar's funeral, there will be many tears. Tears of sadness for what we have lost, but also tears of joy. Because right now, Sigmar is running, full pelt, muscle and sinew working perfectly, mind clear and smile beaming, into the arms of the Saviour he loved.