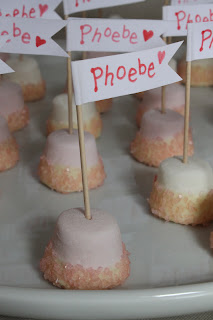 Last weekend my lovely friend Caroline had a little girl, Phoebe Jane, and as we were heading round to hers for Bible Study yesterday morning (so impressive... gives birth on Saturday and having 5 women and a LOT of kids round her house 4 days later! Let's just say 4 days after I gave birth I was burying myself into a reclusive hole just trying to survive!)... ANYWAY, as I was saying, as I knew we were heading over, Catrin and I decided to make a little treat for everyone there to celebrate Phoebe's arrival... Marshmallow-pops are cute, scrummy and DEAD easy to make (took us about 10 mins to do 25), they are also the sort of thing you can do with little kids (if you don't mind half the marshmallows disappearing as you work!)
YOU NEED:
A bag of marshmallows
A block of white chocolate
cocktail sticks
Sugar crystals/sprinkles
Cling film

Step One: Set all of your marshmallows out, large side down, and place a cocktail stick in the centre of each one, right down to the bottom. Lay them out on a flattened piece of cling film, stretched out over a flat surface (a tray is ideal as then you can move them) 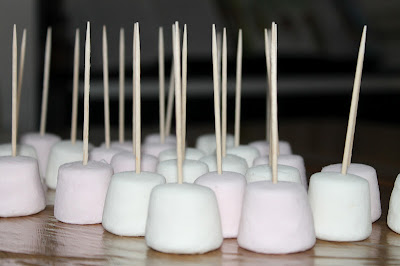 Step Two: Place a couple of rows of the chocolate into the cup and put in the microwave to melt - I put it in for 20 seconds, stirred it a bit, and then put it in for a further 10 seconds until its all nice and smooth! 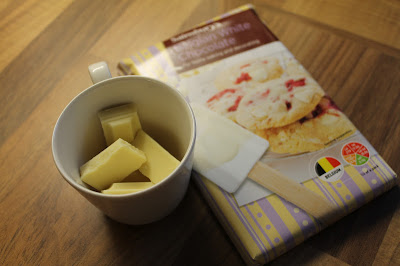 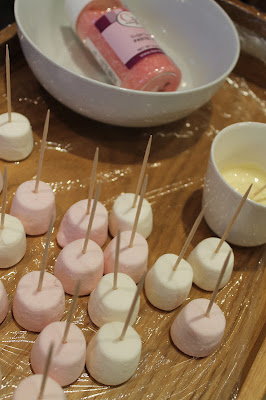 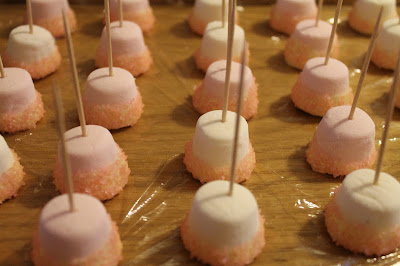 Once we'd made the pops themselves, we made little flags with Phoebe's name on to decorate them... 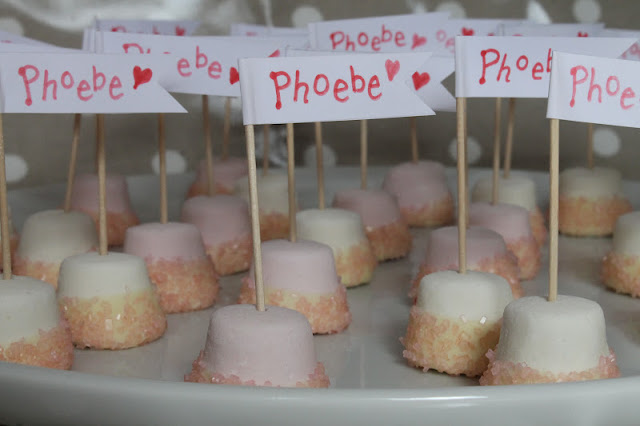 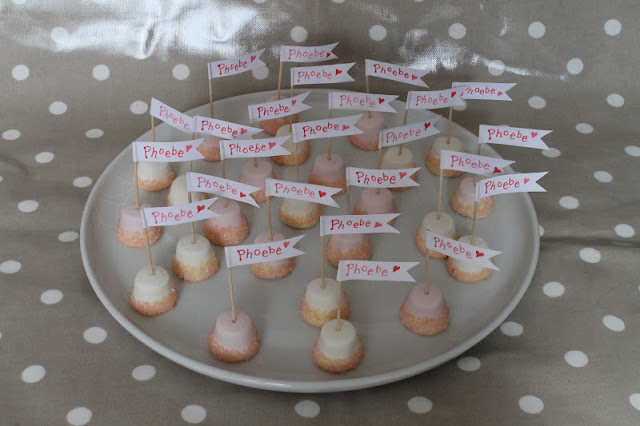 Why not give them a go?? Dead easy, delicious, and very cute!