Siblings in January // Finding their places 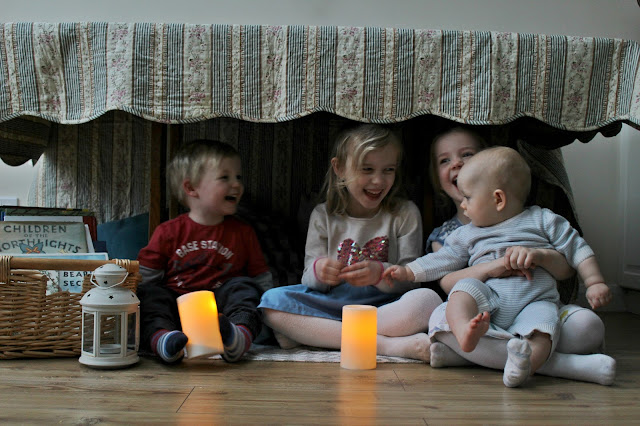 The Christmas period wasn't the easiest for our little sibling tribe... with Elias still being small, and not yet really able to join the pack, the dynamic of three can be tricky. Any combination of two of them, and peace reigns, but the minute three of them are in the mix, it seems to get complicated. The first week and a half of the holidays was lovely - they played to their hearts content and enjoyed being in each others pockets again. But the last week was tough - housebound with no car and bad weather, the bickering drove me slightly insane at times.

I don't want to paint the picture that life is always rosy round here!

Jonas is so eager to be involved in everything at the moment, and yet he's also a destroyer (is that a boy thing?!) - he loves nothing more than knocking things down, wrecking through them with his feet... and generally being destructive. Which is all fun and games when we're building megablocks towers, but not so appreciated by his carefully set-up Sylvanian loving sisters... younger brothers, hey?! 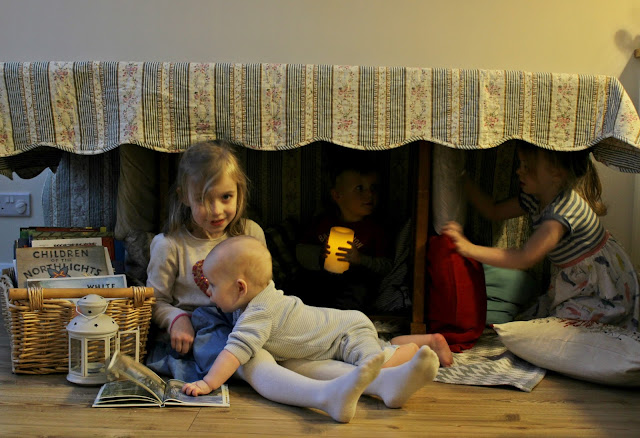 And yet there have been a lot of really sweet moments between them. Heidi and Jonas' relationship, which was fairly rocky throughout last year, has suddenly become such a lovely one. I mean, they are thick as thieves... and when they're off together, and its quiet, you can be absolutely sure they are up to some mischief! They often go off on aeroplane adventures to Norway, or Heidi will be followed around by her pet "cat" , or there'll be a school set up, and Jonas will be put to work. But it really is such sweet relief to me to see them playing so beautifully together. If you have a difficult sibling duo, be reassured that everything really can change, almost overnight!

Ava, meanwhile, has become a full blown book worm and is FOREVER to be found with her head buried in a book. At the moment, she's devouring around six chapter books a week... I have never been more thankful for our local library! But she remains a wonderful big sister, and I've found her snuggled in her bed, a number of times, with little brother, and little sister snuggled up around her listening to "Annie Rose" or "Angelina Ballerina" or "The Smartest Giant in Town". 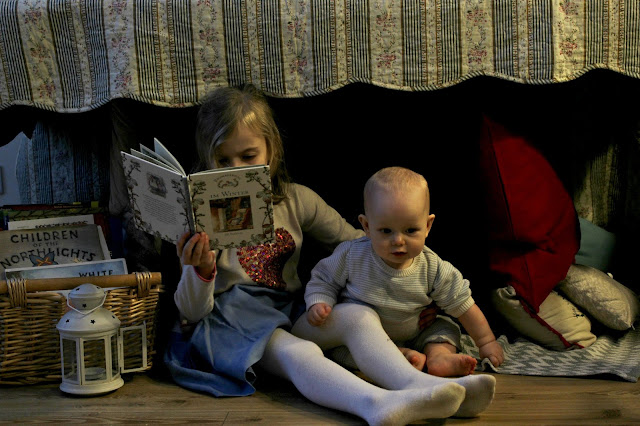 And then there's Elias, who just seems to be a sibling-magnet. They all adore him. And each of them have their own unique relationships with him which is so lovely to see unfolding. I am beginning to see the mischievous look passing between him and Jonas at the dinner table, and often they'll just sit there laughing at each other for no apparent reason. I think I've got a lot of fun in store for me there!

It remains so fascinating to me watching the web of dynamics unfold... training these little ones to love each other well is no small feat, but remains the biggest honour. What they learn from each other - how they learn to treat each other, care for each other, protect each other and stand up for each other, are the skills they will carry forward into life... its a daily focus of prayer, and I need a daily dose of grace and patience... but seeing them love on each other is, as a mother, one of the most rewarding things in the world.

My little tribe in January. 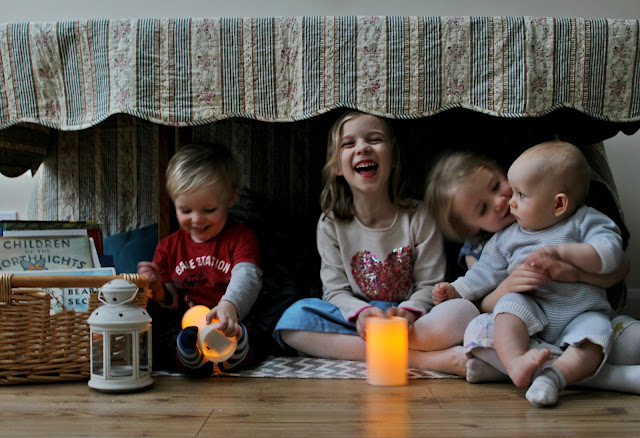