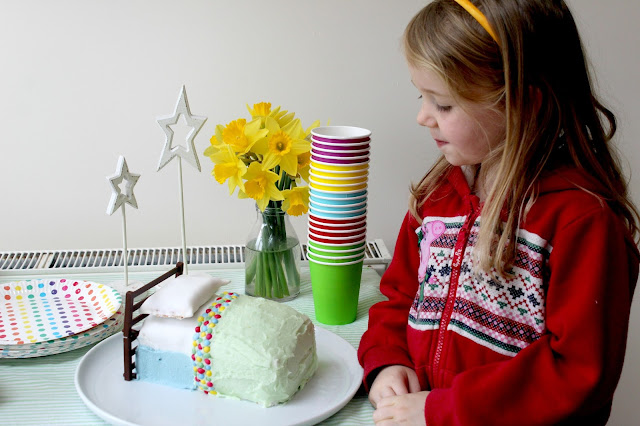 Our Heidi's vivid imagination, her eye for detail, and a very clear-cut opinion on what she likes and dislikes has always made party planning for our youngest daughter a bit of an adventure. Her requests last year, which included live butterflies welcoming the guests and a real-life fairy emerging from her cake as she cut it, were sadly not realised, and as the month of March approached, I braced myself for more creative challenges... so you can imagine my surprise, and relief, when our four-year-old announced, 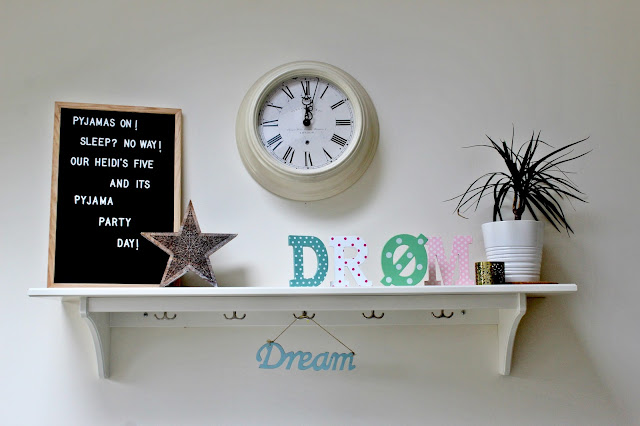 And so I got to planning Heidi's pyjama party. No sleepover, just fun, food and a lot of four- and five-year-olds dressed up in their pyjamas!

Needless to say, the table was cleared!

As the children arrived, we had a couple of craft activities on the go. I had sourced some plain pillowcases super cheap from Argos, and then got these fabric crayons from Baker Ross which were utterly fabulous! And so much less risky/messy than sharpies or fabric pens! The children all had fun designing their own pillowcases! 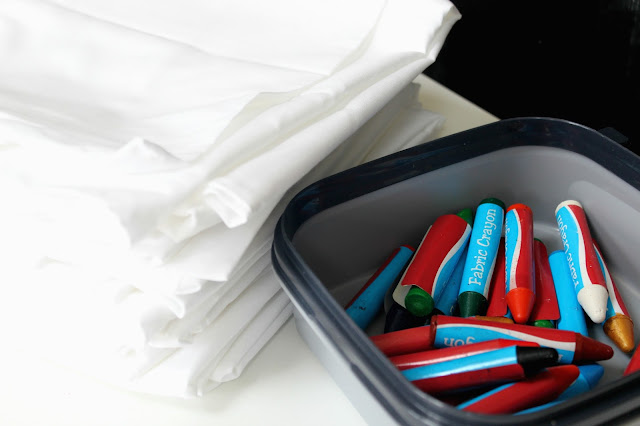 I had then also found these door hangers, and got letter and star stickers so that all the children could decorate their own bedroom door hanger to take home with them! 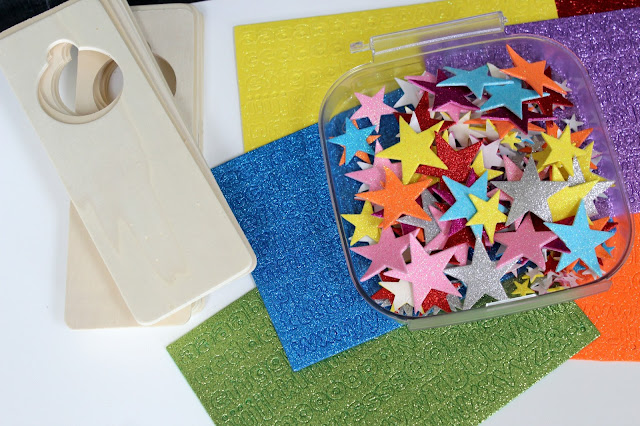 Their crafts were then put in the children's party bags with a bag of sweeties, and they were ready to go! 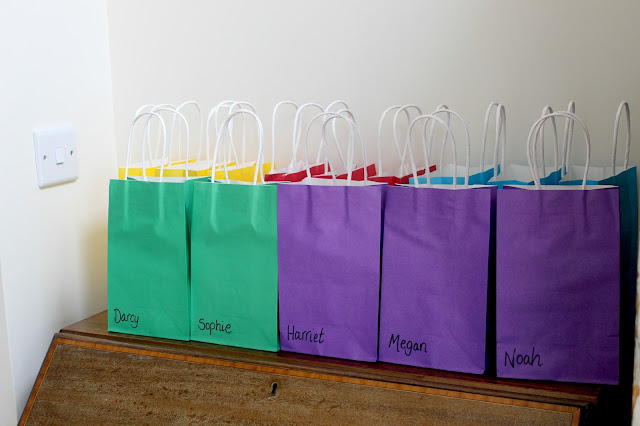 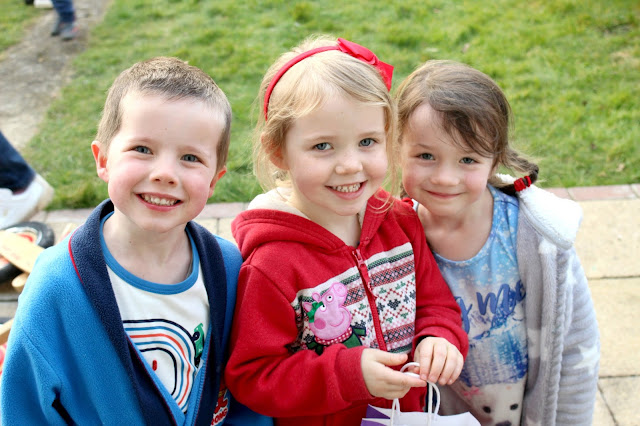 Kiddos turning up in pyjamas and onesies, dressing gowns and oversized slippers. It was super cute, and the smiles on their faces were infectious! Heidi was in her element!

And these two girls have been very best friends since their first day of school three years ago. Still inseperable! 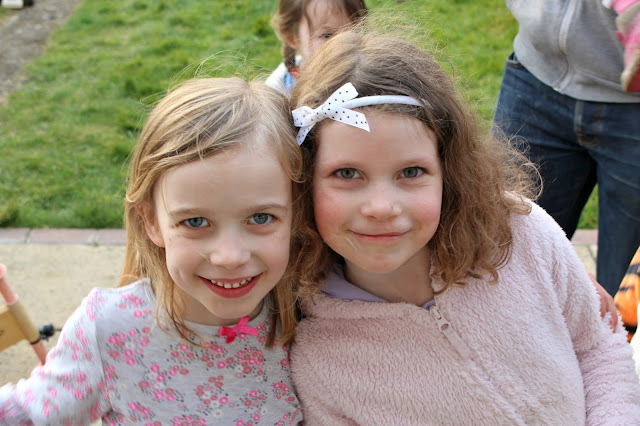 The Games
We of course had to have the much requested "Pass the Parcel", but other sleep themed games? No problem! 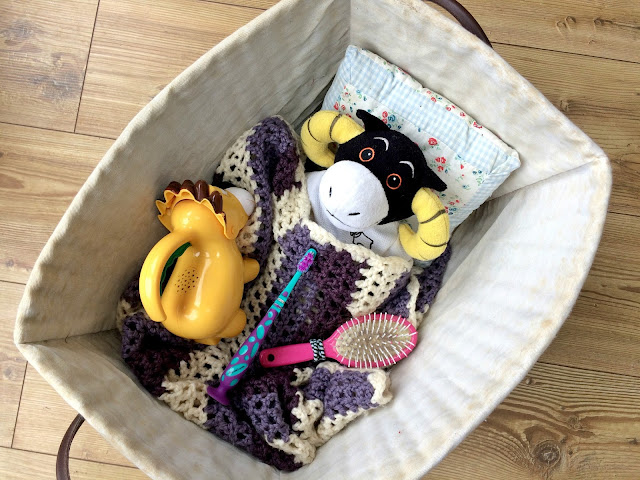 * Pass the Parcel
* Bedtime Relay Race  - each team had items to collect to get their teddy ready for bed (see pic above!)
* Pyjama Pairs Hunt - I had hidden pyjama tops and bottoms around the downstairs, the children simply had to find matching pairs! 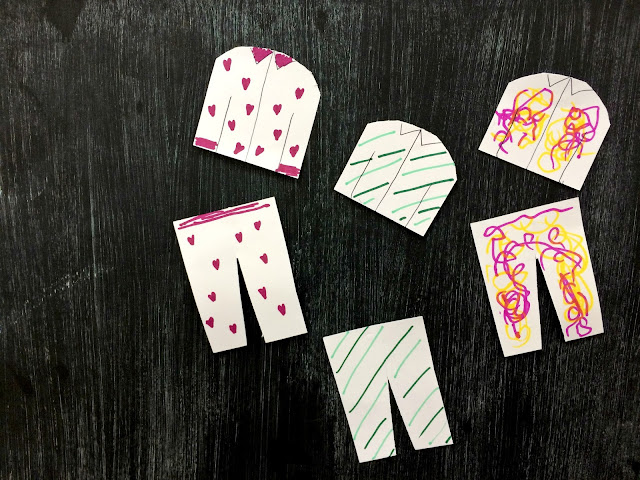 I had a couple of other games tucked up my sleeve (Sleeping Lions and Musical Sleepyheads!) but in the end we gave the children some free play time in the garden! Perhaps the sugar high led to some much needed energy burning  - thirteen children in the house is only manageable for so long! 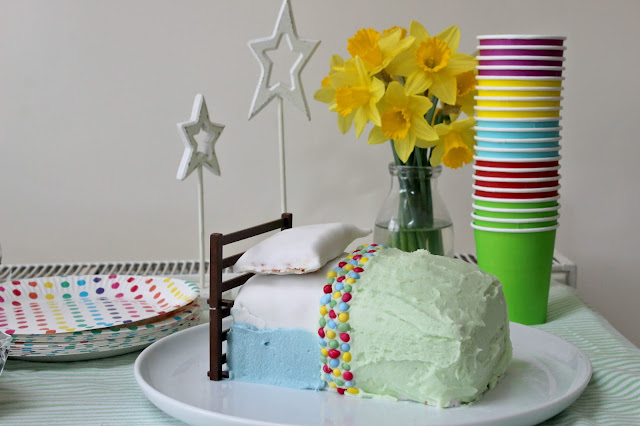 Heidi had been very specific about wanting a bed cake, and in the end it was actually super simple! Let's be honest, my cake making skills are fine, but I am not a perfectionist, or patient... and so something quick and easy is always the order of the day. I simply baked a large square victoria sponge cake, cut it in half and doubled it up (with jam in the middle of course) and then iced over some sheets and bedding and used Jonas' farmyard fences as the bedhead! 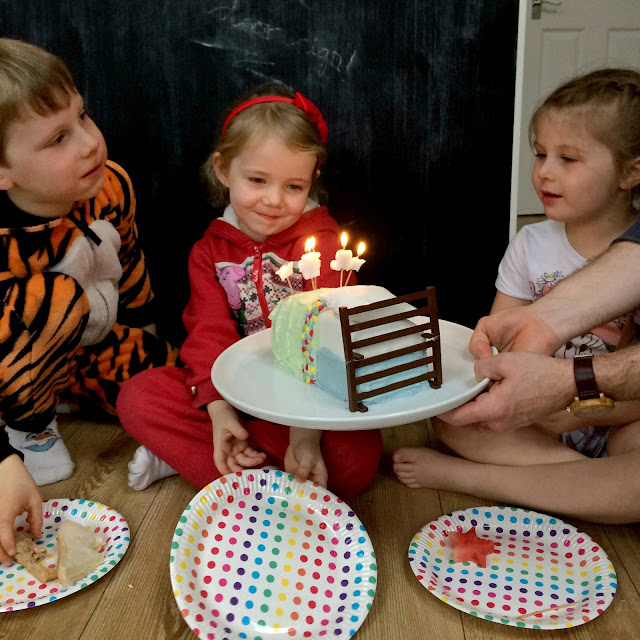 We had a very happy Heidi... it was a full on afternoon, and Dave and I were shattered the the end of it, but our little girl headed to bed full of all the excitement of the day... and a few tears. Poor girly slammed her finger in the front door waving goodbye to her guests -  thankfully a little bit of present opening came to the rescue, and her finger was fine with a little diluted lavender oil and a good old plaster!

Life with littles, hey? It's never without its drama!