This Tiny Tribe // Siblings in March 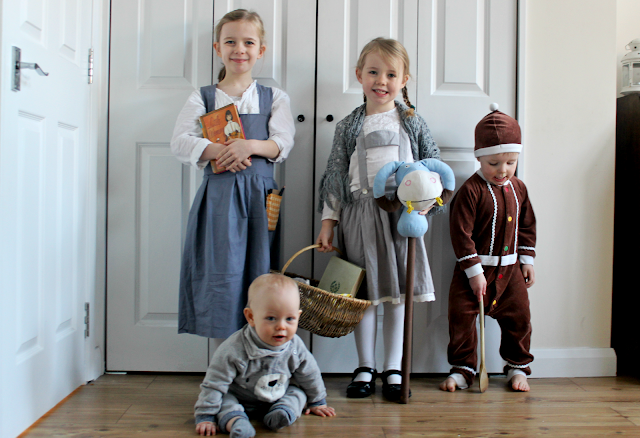 Ahhh... March. You have felt so welcome. The first snow of the year, but also the first signs of springtime rearing their little green heads. Our back doors have been opened wide for the first time in months, and the children have begun to explore the perimeters of the garden once again. I want us to be as much outdoors as possible this year.

The Siblings project is becoming an increasing challenge for me... gone are the days of two children where I could happily snap them absorbed in something, without their even being aware of it. Four children are hard to capture unawares. Increasingly I notice they tend to pair off... in any combination... or the big three are off adventuring in the great outdoors while Elias sits in the comfort of the indoors and looks on. It won't be long before he's mobile (he's semi-commando crawling now) and then my comfortable little spot will be over. 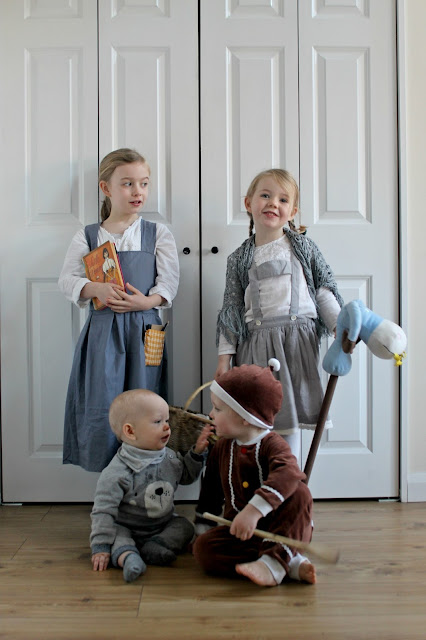 Yet, much as I want my littlest man to stay little, I am also eager for him to be old enough to join the gang. I have noticed that three so close together can be a tricky dynamic. Somehow, when Elias is thrown into the mix, a happy order is restored and the squabbling seems to diffuse. He is such a jolly little soul, that his sunny disposition, combined with his ability to turn a three-dynamic into a comfortable four, seems to create a happy peace in family function once again.

For my little bookworms, it seemed appropriate to share our World Book Day photos for our Siblings Project this month... Ava is now an avid reader, forever with her head in a book (her mother's daughter!) and completely drawn into whichever literary world she is currently devouring. Her taste is so similar to my own it has been wonderful to introduce her to some of my heroines - the March sisters have stolen her imagination, and her heart, and my biggest little lady was determined that Jo March was the character she would become this year! She is bookish and determined, just like her alter ego... but this girly possesses a gentleness that will never quite make her the brash Jo March that she so admires! 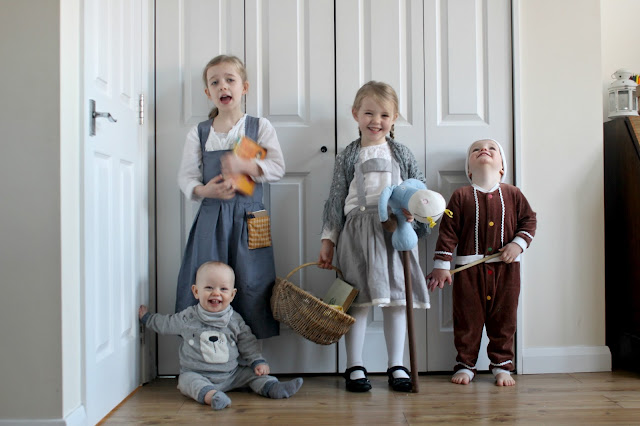 For Heidi, the decision was easy... she wanted to be Heidi! Complete with goat and basket of Alpen goodies, she laid her costume out ready the night before, and proceeded to throw up in the night. So no school for our Heidi, but it didn't prevent her from getting into the spirit of things and dressing up nonetheless. In many ways, our Heidi is just like her Swiss counterpart - adventurous, yet loves the comfort of home, loyal and lively. She fits her name to perfection.

Jonas was the gingerbread man - and with a tendency to be found perpetually running, it seemed an appropriate character. Having boys after two girls has been so fascinating. There is an energy there that overlaps the two girls put together, and he needs to burn it off a few times a day in the great outdoors! He is delightfully sweet though, and yesterday he melted my Mama heart when he looked up at me with those big blue eyes and said, "Mama, you're my best friend." That boy knows just how to turn on the charm. His other favourite habit at the moment is to tag the word "botty" onto the end of any sentence he says... what is it with boys and toilet humour?! 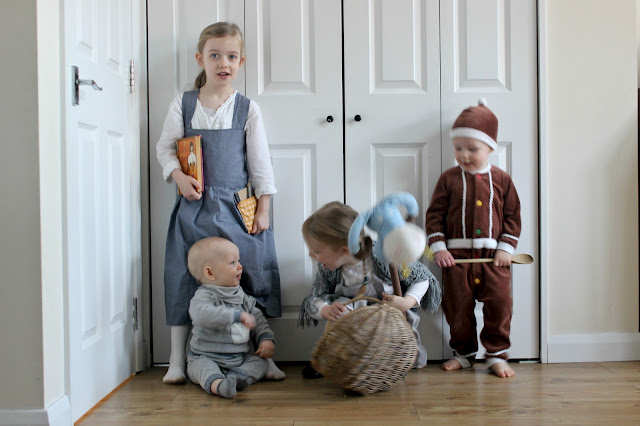 Our Elias couldn't be left out, and so he was appropriately dressed in his bear outfit, and proceeded to be the cutest baby bear that ever was. They literally all adore him, and his eyes just light up when any of them pay him any attention. He is just so sociable and chatty and so bubbly at the moment, he has been the most delightful fourth baby; slotting in, easygoing and oh so charming.

They are a bubbly bunch who keep me on my toes... they are incredibly close, and with that come the highs and lows of sometimes hours of happy play, and other times where it seems there is constant bickering. They love each other fiercely, protectively, genuinely and not always gently, but they totally have each others backs and would really rather spend time in each others company than anyone elses. I wonder if that will change with time, but I hope there will always be a pull to home, to each other... the bond of siblings.

My tiny tribe; siblings in March. 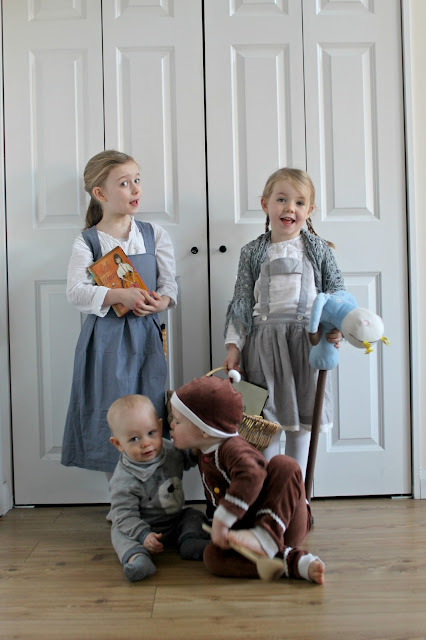