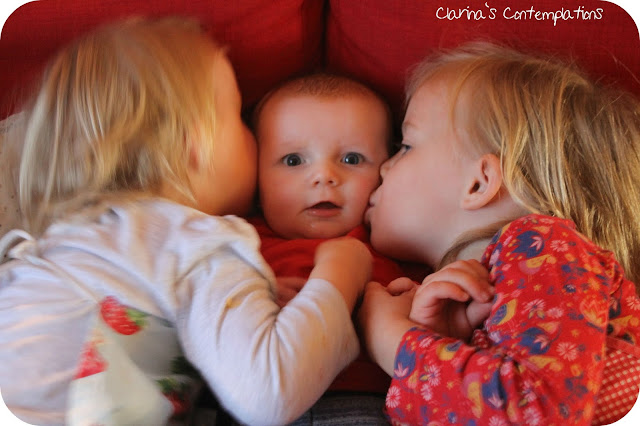 I can't believe its "Siblings Project" time again! How quickly these months are flying by... and these littles of mine, ever growing, are not so little as last month.

Last month I had a preschooler, a toddler and a newborn...

This month I have a school-girl, a preschooler and a baby.

Slow down, time, slow down! 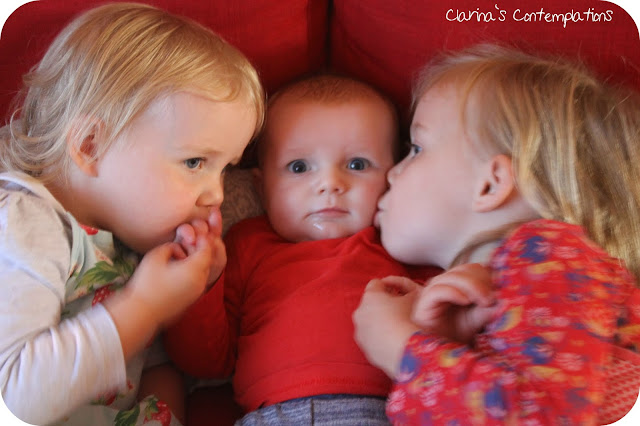 These three are now fully adapted to being a little three... and I love watching the dynamic between them. Ava and Heidi's friendship is as tight as ever... I have no idea why I ever worried that introducing a third would somehow rock the boat. Earlier this week, I was pottering in the kitchen, when Ava dramatically bounded over to her little sister, wrapped her arms around her and announced...

"Oh Heidi... you are just the best sister in the whole land!"
Yes, just seconds earlier there had been a scuffle over some Disney Princess figurines, but at the end of the day, differences are laid aside, and these two are inseparable. I so hope their little friendship continues to blossom as they get bigger.

Ava continues to be such a help with Jonas. If I need to run off and sort something out, or get something from downstairs, I can trust her to watch him for me. She takes her "looking after" responsibilities very seriously, and he adores her. She's the only one who seems to be able to effortlessly get a giggle out of him, and I think she's secretly quite proud of that fact.

Heidi adores Jonas... she utterly dotes on him. All the time. She also thinks he has perfect chubby cheeks for squeezing, so we're having to clamp down on that and watch that her affections don't get over-zealous! It seems she just thinks he's so cute and cuddly that she just can't help herself! Heavy-handed, but ever so loving!
And little Jonas just takes it all in his stride... he is a typical third child, slotting into the mix, laid-back and easy going and I realise again how blessed I am with a baby who doesn't get too fazed by his sisters getting in his face!

They are my little Siblings in September, and I'm loving watching their little friendships developing! 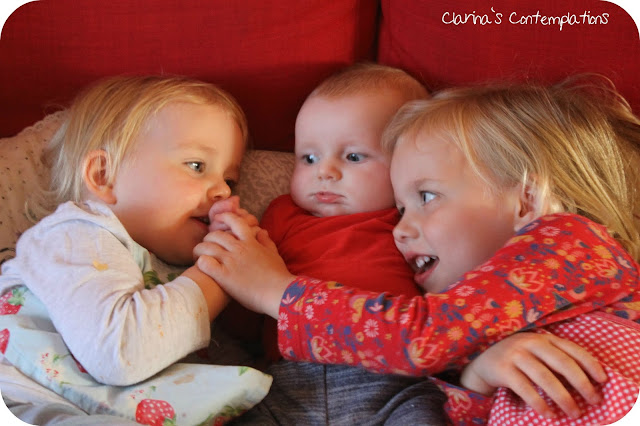