This Little Nose-Blower // The Not Comparing Game 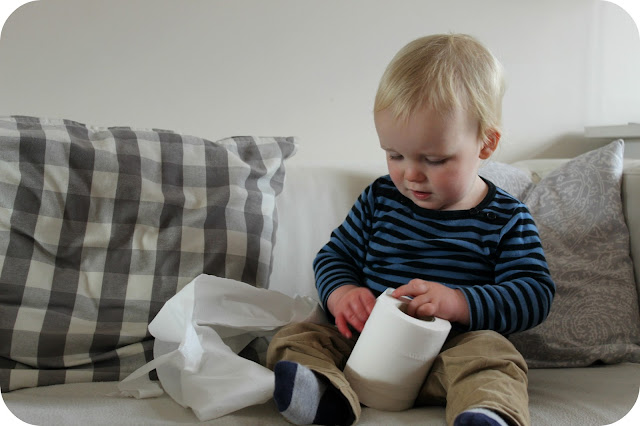 I think comparison comes instinctively to all of us, doesn't it? We compare our homes, our parenting styles, our achievements and our children's progress. It's not a particularly becoming addiction, but addictive it does seem to be... I can't seem to help myself, and though I try to stop that little comparative thought popping into my head every time someone tells me something, that unattractive sense of inferiority or superiority seems to be beyond my capacity to control.

And then when you have multiple children, the focus can turn inwards... suddenly you're questioning every milestone "could Ava do this by this stage?", "Heidi was always good at this", "Ava was definitely the first one to..." and I find myself doing it again.

And so, I think this little man of ours was God's gift to us to teach me some precious lessons.

He doesn't believe in rushing through life... he's not in competition with anyone... he's just taking things in his stride and teaching his Mama there's no urgency, no race to the finish line, nothing to win. Just enjoy each little phase as it comes.

At 16 months (in 2 days!), he's not walking yet. He's taken a few tentative steps when he's in the mood, but he's quite contented to scale the sofas, piano, window sill - you name it - on all fours. Why bother walking when you can get everywhere you want to without?! Our Jonas boy is happiest when cruising, crawling and climbing and though the girls were long walking by now, he's teaching us to take it all in our stride. Milestones? He'll get there. When he's good and ready.

And then there's the talking thing. At sixteen months, the girls were starting to string sentences together, they had large vocabularies in all three languages (german, english and norwegian) and though they occasionally mixed the languages, were already pretty trilingual by this stage. Jonas? Well he has a grand total of 6 words...

But then, there is one thing this boy of ours can do, that I had to teach the girls around the age of 3 (and even now, Heidi hasn't completely mastered it!)

He can get himself a tissue, blow his nose properly, and wipe it away. He then crawls off to put his tissue in the bin. (His Father's son!)

See? Each to their own. We can't all be good at everything now, can we?! 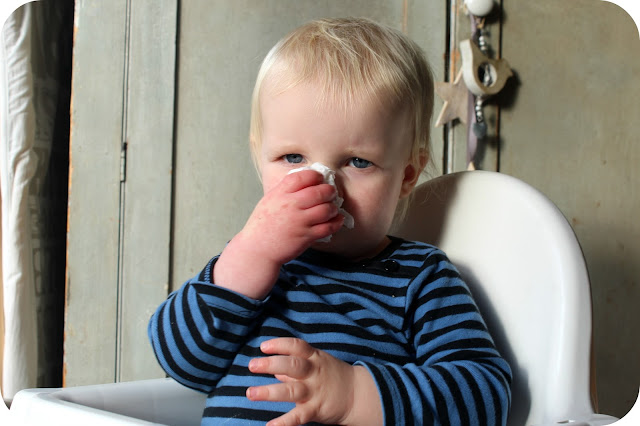