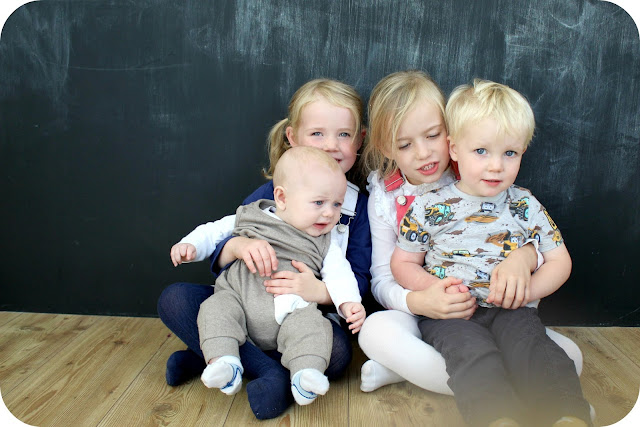 It's hard to believe September is half way through already, and it seems to have been hijacked by the usual onset of back-to-school bugs. We've all been waking up every morning with dry coughs and scratchy throats, and only David seems to have managed to escape it.The result has been extreme emotions, with the excitement of big school in the mix too. It's just that time of year I guess! 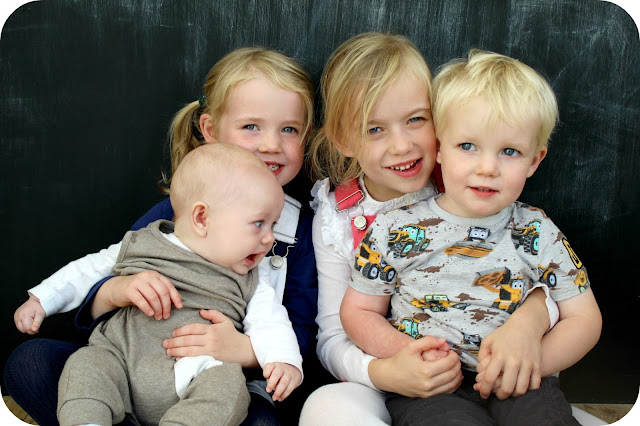 But in the midst of the coughing and spluttering, the grumbling and whining, it is still possible to coerce your four small children to sit for a few moments for a photograph... it is not, however, apparently possible to have all four children...
1. Looking at the camera
2. Smiling nicely!

But hey! That's the joy of life with littles I suppose! 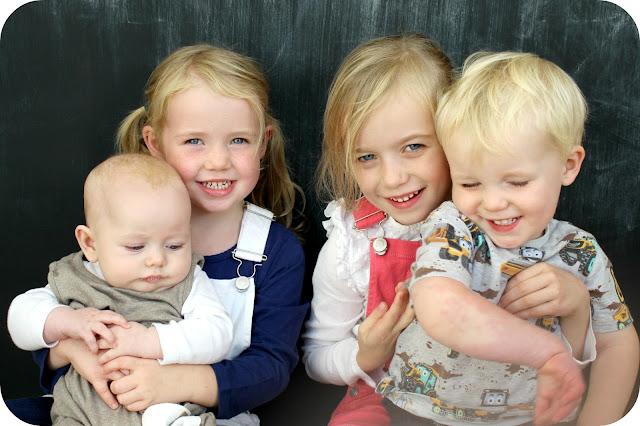 Jonas (2 years, 3 months) is loving...
* Counting - one, two, three, four, five, seven, eleven, seven... you get the idea!
* His football kit
* Time with Mama all to himself
* Reciting his "Leon and Lotta" book off by heart
* Naming every type of vehicle out there... in three different languages!

Elias (almost 5 months!) is loving...
* Sleeping through a bit more regularly
* Looking at himself in the mirror
* Trying to roll
* Staring at his hands
* Giggling 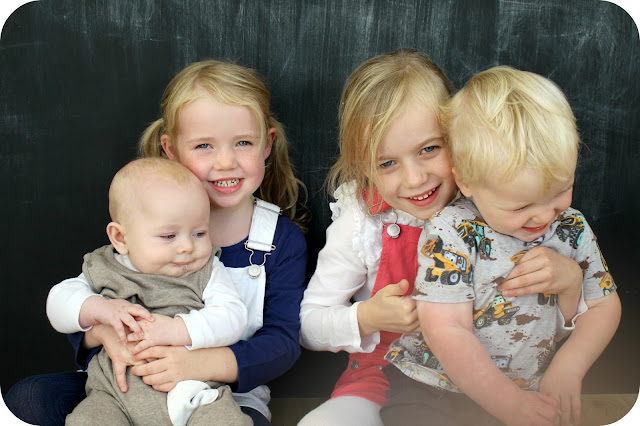