A Trip Around the World // Ava's 7th Birthday Party 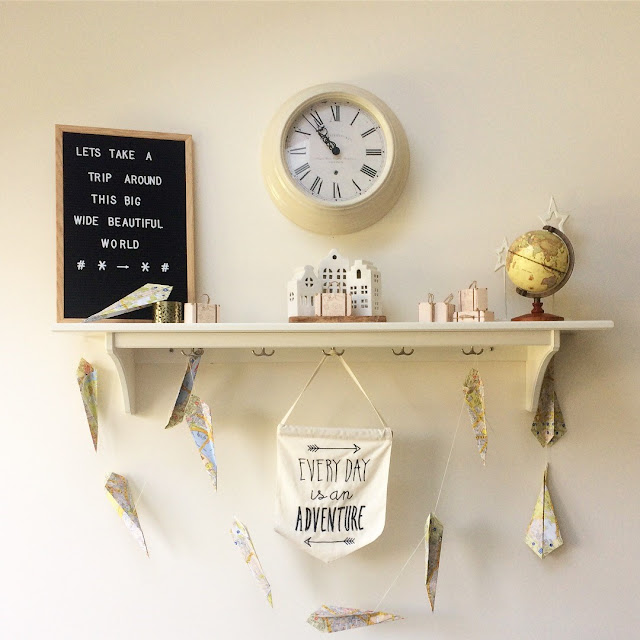 It's only two months too late, but as I shared on my blog a few weeks ago, life since the start of term has been one huge whirlwind. Sometimes it feels exciting and adventuresome, other times I feel like I'm just about able to keep my head afloat.

But I didn't want to power on through with a new term of extremely sporadic blog posts without recording Ava's 7th birthday party, which she masterminded herself, and which was possibly one of my favourite's (and the least prep) that we've ever thrown together. 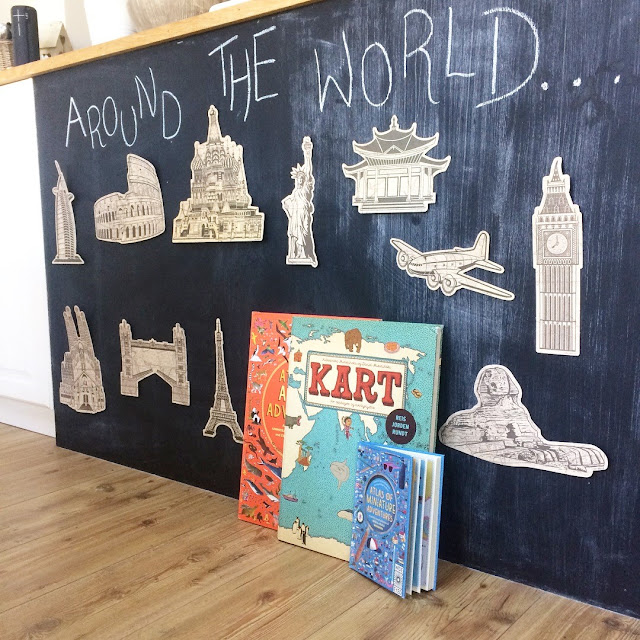 While we were away, she decided that she wanted to take her friends on a trip around the world...Ava has always been our geographer. She pores over maps and infographics about the world, and loves fact-finding and exploring. It seemed like the perfect way to celebrate our adventurous seven year old.

So here's what we did! 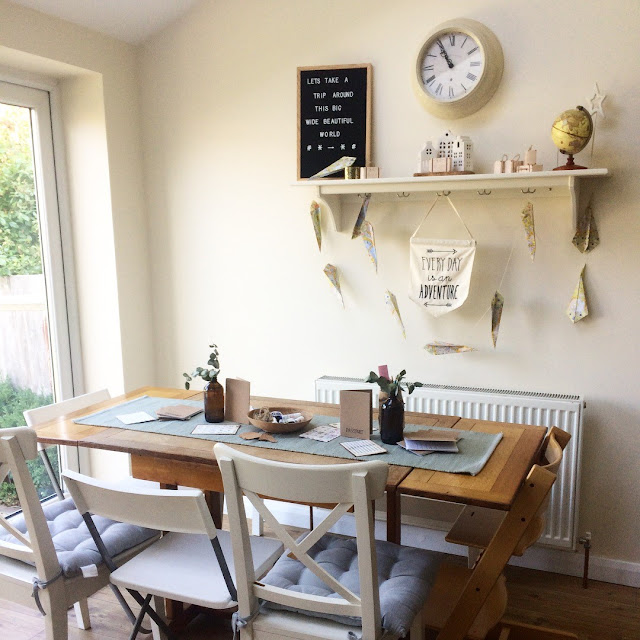 The Arrival - Making Passports
This was a super simple and really fun activity we did as everyone arrived - decorating and filling in their own passports - no trip around the world is possible without one! We had stickers and stamps, and then luggage labels too, that all the children decorated and attached to their rucksacks.

Then we were ready for our adventure to begin! 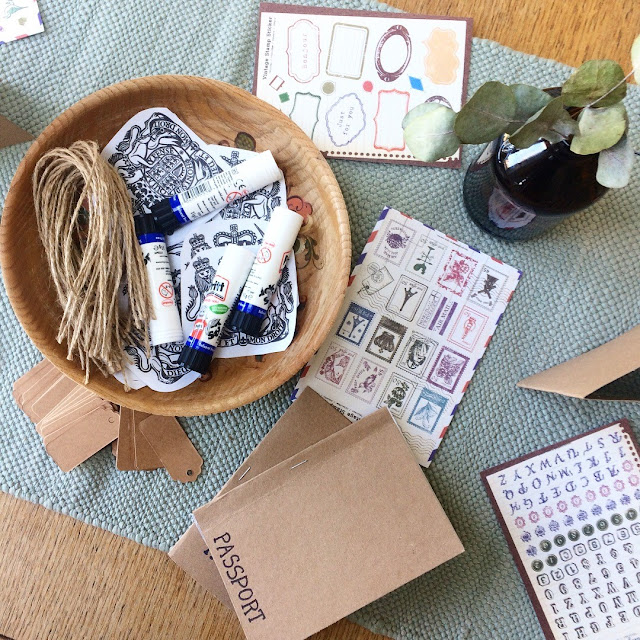 The next hour and a half was spent travelling the seven continents of the world, by way of train, plane, boat and ice-breaker, picking up passport stamps at every border and stopping off to experience a snapshot of each continent. I was fairly involved with getting children settled in, and playing train conductor, air stewardess and ship's captain, so failed to capture any photographs at all of our first two stops (mothering fail!!) so you'll have to use your imaginations! But here's what we did! At each continent, we played traditional music and did an activity or game which had something to do with the continent in which we found ourselves. The games and activities were a joint collaboration between Ava and myself, and much of the masterminding for the details was developed by her!

ASIA
Chinese Whispers - I had laid a traditional Chinese tea out; low-lying table, red lanterns and chinese symbols dotted around. The children sat around the table and a very comical rendition of Chinese Whispers ensued. It's always interesting trying to involve a 3-year-old in these kind of games!

AUSTRALIA
Removing Plastic Waste from the Great Barrier Reef
One thing the children and I have been talking a lot about recently is our impact on the environment, and the damage that we are doing with our reckless attitude to waste. I thought it was a good opportunity to show the children how beautiful parts of our world are being destroyed by human carelessness, and so the garden became our ocean, and was spread with waste pulled out of our recycling boxes! It looked like a tip! The children were split into two teams, and we ran the game as a relay race. Each time they ran, they were allowed to remove one piece of waste from the ocean and take it to the recycling boxes at the shore. They would keep going until all the rubbish was removed, and then we would count the waste to see who had been most successful! The kids had great fun!

ANTARTICA
Rescuing Animals from the Ice
Our next stop was the Amundsen Scott South Pole Station in Antartica. The children were led to a space, surrounded by noises that wouldn't have felt out of place in a science lab. They were told that due to Global Warming, unexpected weather conditions had meant that some animals had become trapped in ice, and needed to be rescued. Some children took this very seriously, being very careful not to "hurt" or "prod" their animals in the process!

When they were asked at the end of the party what they had enjoyed most, the Amundsen-Scott Station was a very popular answer! 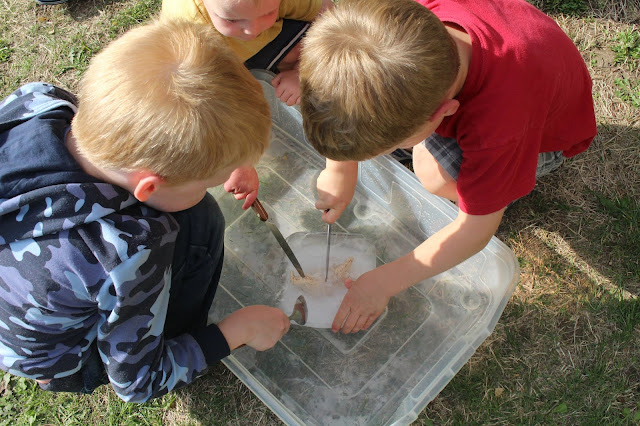 This penguin was particularly carefully excavated! 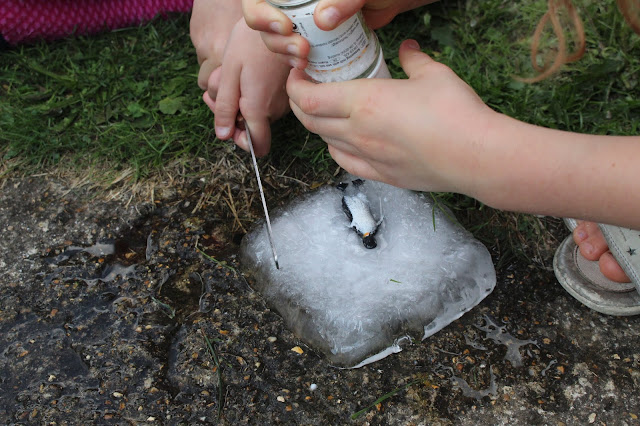 AFRICA
Spotting Endangered Species on Safari
We have had a growing collection of Schleich animals, and over the past few years, have always requested single animals as good present suggestions for the children, and so when it came to our safari trip, I pulled out our animals and (with the help of another friends vast animals collection) we pulled them together and hid the animals around the garden. The children were given the job of finding one animal each and bringing it back to safety, extra points were offered to some more endangered species who might be trickier to find!

SOUTH AMERICA
Hut Building in Macchu Picchu
We headed to ancient Peru for our South American Venture, a quick flight from our African safari, and the children were led into the lounge where, surrounded by pictures of the real Macchu Picchu, the children were all given a box, a pair of scissors and some tape! 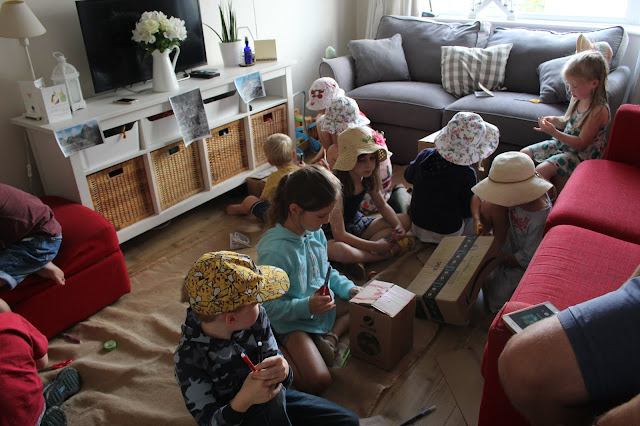 Their brief was simple - to create the best hut they could, and at the end we would build them all together to create our own Macchu Picchu! The best presented hut would win, but they only had 10 minutes to complete their challenge! 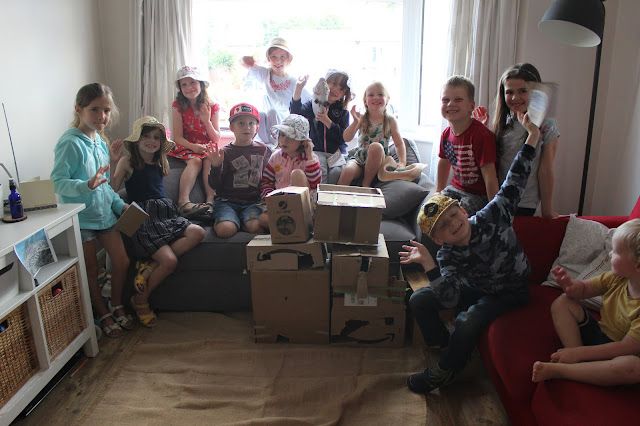 NORTH AMERICA
Making Camp with the Native Americans
Last stop before heading back to Europe was to learn all about the Native American Indians and play some traditional games. My fabulous Dad put on his best Big Chief impression, and the kids had a whale of a time! 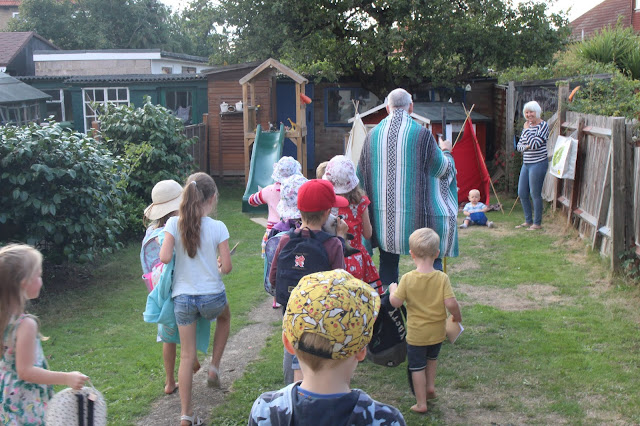 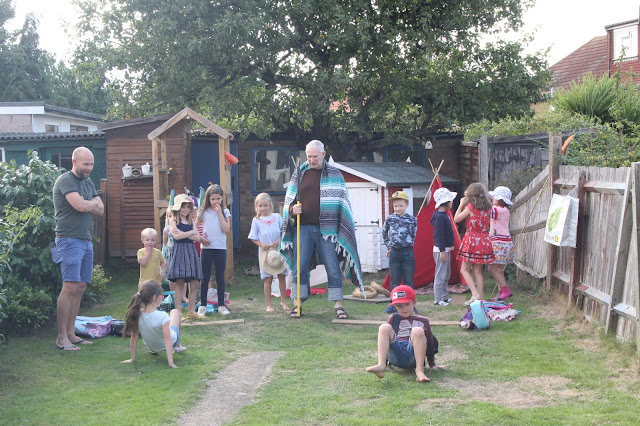 This one was a huge hit! Tired and hungry after all their adventuring, the children were more than happy to make their own Pitta Pizzas! 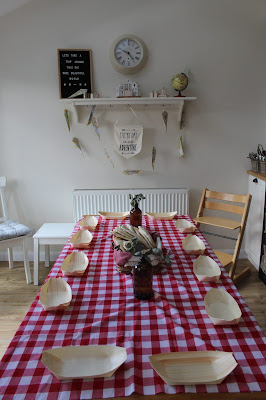 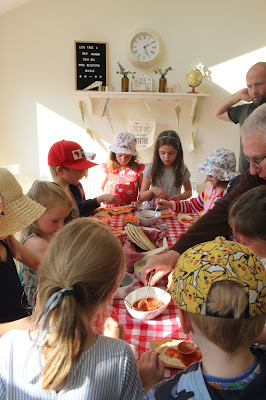 Pitta Pizzas are always a hit in our house, and Ava's party was no exception - Pitta bread, pasata, red onion, cheese, peppers, black olives and pepperoni made happy kids, who then took their pizzas out into the garden for an al freso lunch, after which we celebrated our Ava with a Global Adventure Cake! 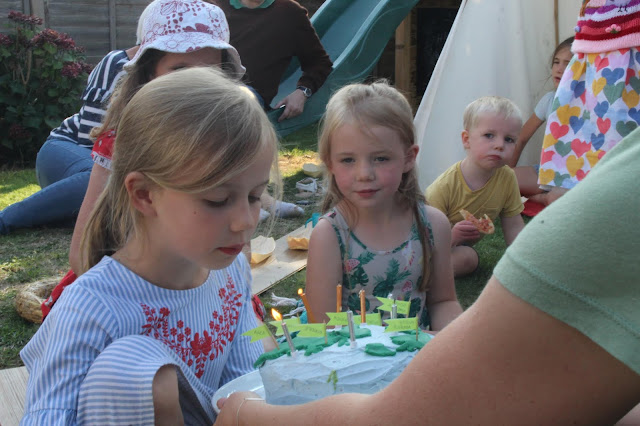 Such a fun cake to make! Don't look too closely, or you'll see allllllll the errors in my map cutting, but you'll get the idea! Either way, she was so pleased with it! And blew out her candles (when we eventually got them lit!) with full enthusiasm! 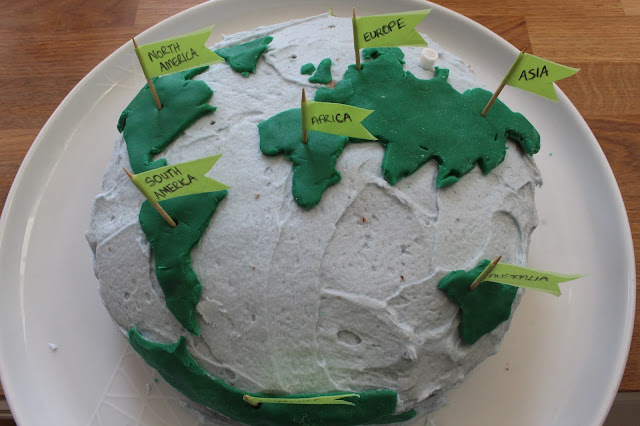 It was such a fun theme for a party - so different from anything we've done before, and the fact that Ava was so involved in the whole process made it all the more meaningful...

It was also one of the least prep parties we've ever thrown, because most of it was in the garden, and because recycling and cardboard boxes are always easier to organise that lavish decorations!

It's also a remarkably cheap was to travel around the world, in comparison with the real life alternative, and involves a lot less travel - I highly recommend!

As everyone left, Ava handed out little suitcases that we sourced on Amazon, and handed them out to her little friends - full to the brim with sweeties!

Everyone's ideal end to a party! 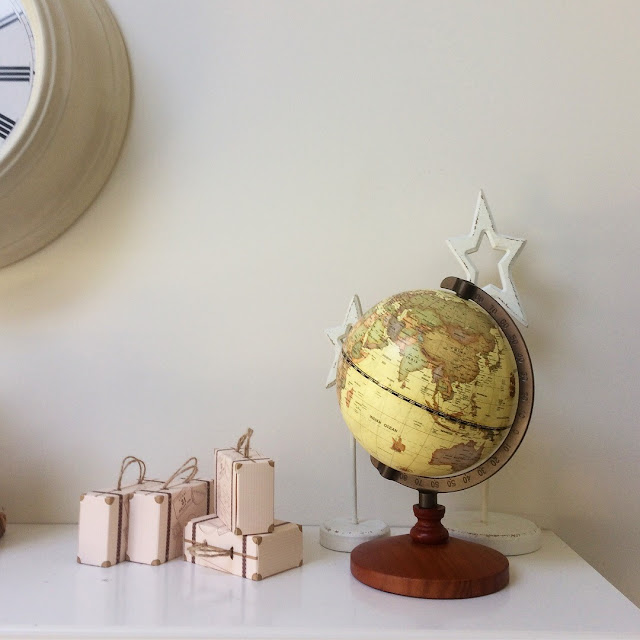